Hermantown overcame the pressure of being huge favorites and earned a 6-3 victory Wednesday against a Luverne team determined to prove its state tournament worth.

The No. 2 seed Hawks scored first and never trailed in the first Class 1A quarterfinal game at Xcel Energy Center. They were never comfortable, either. Unbeaten all season yet the underdog, tournament newcomer Luverne played tenacious.

“They were tough, man,” Hermantown coach Bruce Plante said. “They had really skilled guys and they transitioned the puck well.”

An inadvertent deflection off a Luverne player’s stick put the puck into the Cardinals’ net and gave Hermantown a 1-0 lead just 27 seconds into the game. Undaunted, the Cardinals tied the game 1-1 on Gunnar Olson’s power-play goal.

“That put a little fear into our boys,” Plante said.

Goals from Hermantown’s Tanner Kimball and Cole Koepke made the score 3-1 early in the second period. But Olson struck again on the power play and cut the Hawks’ lead to 3-2.

“We had a hard time with their power play,” Plante said. “We’re usually pretty good at killing penalties but they just moved the puck bing-bing-bing.”

Struggling against the forecheck of Hermantown (23-4-2), which Olson called the biggest, most physical team Luverne (27-1-1) faced all season, the Cardinals had two turnovers near their net result in Hawks’ goals. The second one gave Hermantown a 4-2 lead and Luverne did not get within two goals again. 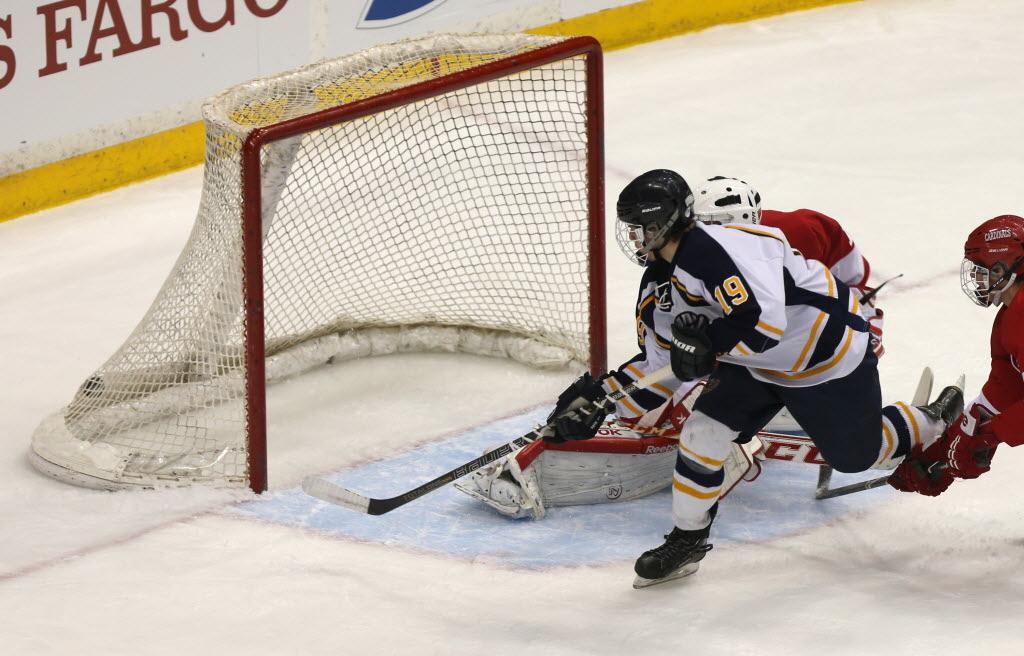 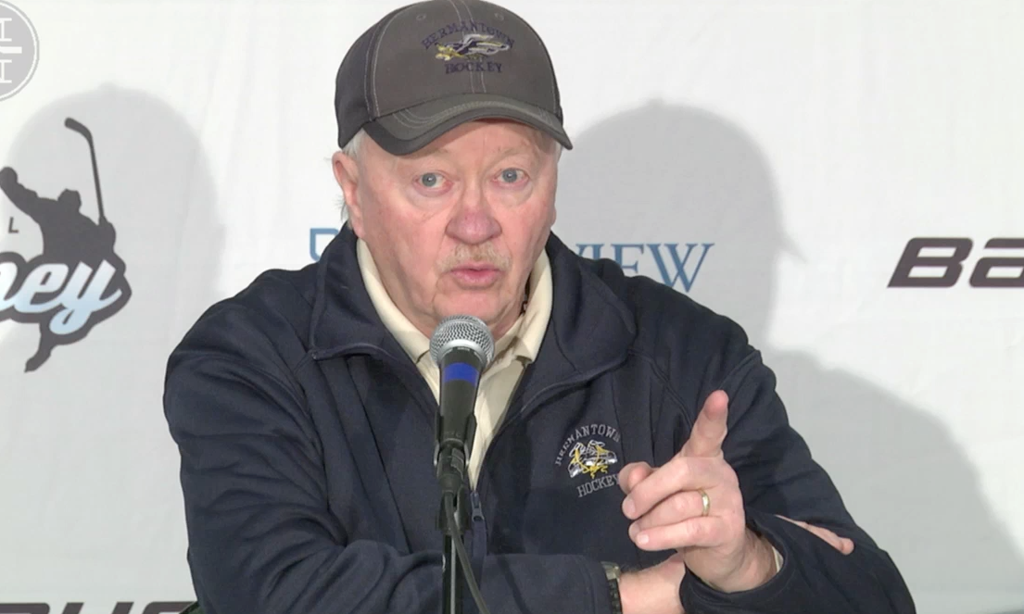