A two-goal lead after two periods sat uneasy in the minds of Stillwater players. Farmington created better scoring chances in the second period and seemed poised to cut the Ponies’ lead.

Jesse Bjugstad and Noah Cates had other plans. His stick cocked to shoot, Bjugstad instead fired a pass across the zone for Cates to put away just 26 seconds into the third period. No. 2 seed Stillwater never looked back in a 4-1 quarterfinal victory on Thursday at Xcel Energy Center.

“We practice plays like that, finding seems,” said Cates, who got the Ponies to state and himself on SportsCenter with a spinning goal in the section final. “He found me with a great pass and I had an open net.”

“We had a good chance going into the third if we just popped one in, but first shift we had a defensive breakdown,” said senior defenseman Erik Holmstrom, who scored with seven seconds left.

But it wasn’t enough to match the Ponies, who boast four players with 20 or more goals. While TJ Sagissor missed much of the game, the remaining trio went to work.

Goals from Jackson Cates and Luke Manning got Stillwater (27-1-1) rolling in the first period. Noah Cates and older brother Jackson each scored in the third.

Sagissor, who got hit with a puck and suffered a lower-body injury in the first period, was schedule to get X-rays after the game, Stillwater coach Matt Doman said.

No. 2 seed Stillwater dispatched Farmington with a 4-1 victory in Thursday’s first Class 2A quarterfinal.

Goals from Jackson Cates and Luke Manning got Stillwater (27-1-1) rolling in the first period.

Cates blasted a shot home after getting a pass from younger brother Noah. Less than two minutes remained in the period when Manning got a puck past goaltender Gavin Enright.

Then, just 26 seconds into the third period, the Ponies’ Jesse Bjugstad wound up to shoot from inside the point but instead zipped the puck across the zone for Noah Cates to put away. Jackson Cates later added his second goal of the game.

Stillwater’s TJ Sagissor spent much of the game on the bench getting treatment for a lower-body injury.

Check back later for more details. 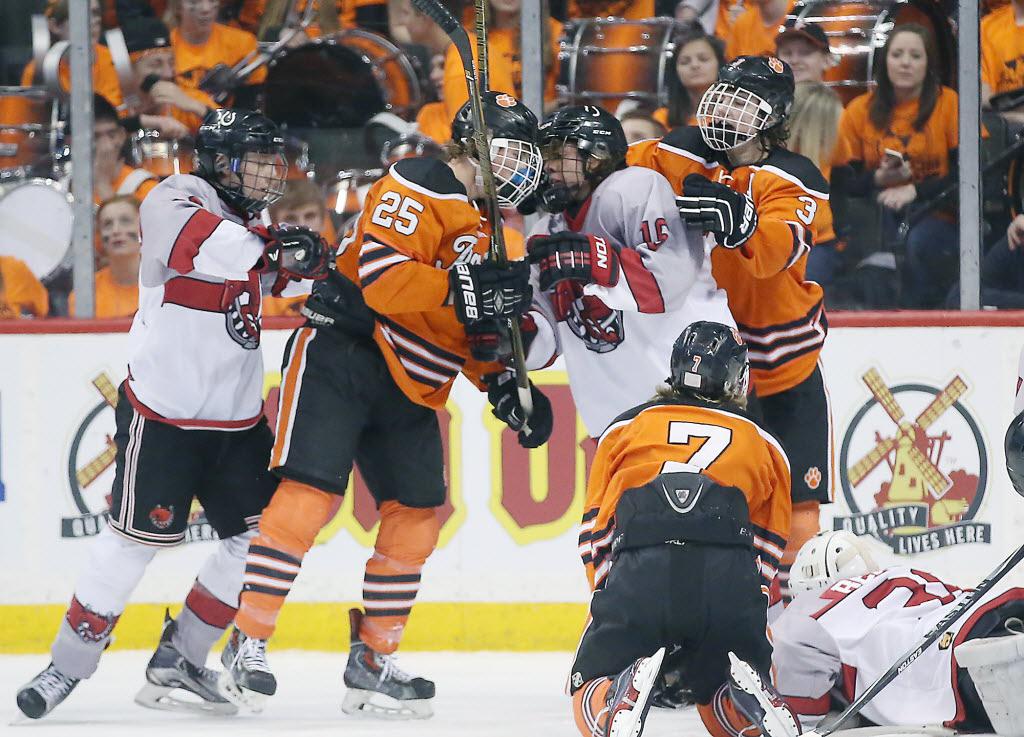