During the team's 7-3 quarterfinal victory on Thursday against Anoka, however, Mittelstadt deferred to defenseman Nick Leivermann.

With one goal already to his credit, Leivermann got a burst of speed through the neutral zone. The Anoka defender in his way? No problem. Leivermann cut one way, sent the puck the other, then went around his man to regain possession. Closing out the rush in style, Leivermann sniped a goal top shelf.

“He burns all their guys and puts it under the bar. I just laughed,” Mittelstadt said. “That was a pretty special play.”

Eagles’ coach Lee Smith joked, “With [Paul] Ranheim, we’ve got a forward coaching them now. They get a little more movement now.”

Leivermann’s play personified Eden Prairie’s advantage in team speed. The teams were tied 1-1 after one period before quickness and skating led to four consecutive Eden Prairie goals and a 5-2 lead.

Anoka, which had not been to state since winning the 2003 title, was unable to stop the barrage.

“We got away from running our systems, I guess,” said Anoka (18-10) forward Michael Talbot, who finished with three goals.

No. 1 seed Eden Prairie overpowered Anoka in a 7-3 victory in Thursday’s Class 2A state tournament quarterfinal game at the Xcel Energy Center.

Tied 1-1 after one period, the teams headed in different directions. Eden Prairie scored four consecutive times in the second period and built a 5-2 lead.

Anoka (18-10) forward Michael Talbot countered with three goals but the hat trick was not enough to keep pace.

Eden Prairie was making its third consecutive trip to state. Anoka had not been to the Xcel Energy Center since winning the 2003 state title. 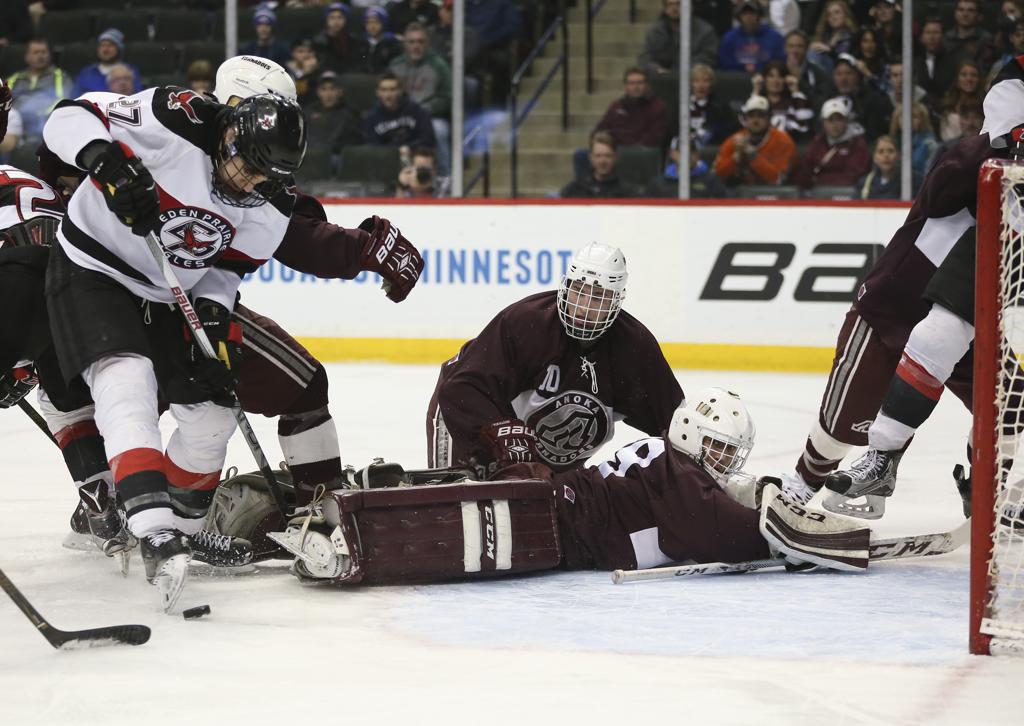