The Spartans, on their maiden state tournament voyage, were fast. The No. 1 seed Hawks, second place the past six consecutive years, were faster. No. 4 seed St. Paul Academy held a shots advantage but Hermantown built a two-goal lead.

As the Hawks turned up their play through the next two periods, St. Paul Academy could not keep pace. A 7-1 victory sends Hermantown to the Class 1A state title game against No. 2 seed Breck (26-3-1) at noon on Saturday.

For Koepke, goal No. 39 this season started with a drop pass from Sandelin and finished with a deft stick drag and shot.

St. Paul Academy outshot the Hawks 11-6 but the advantage was of little consolation.

“It’s frustrating,” senior forward Justin Jallen said. “I would say 95 percent of the games this year we’ve played either tied or ahead. So to play from two goals back against a good Hermantown team is tough to do.”

The job only got tougher as Hermantown junior Logan Judnick scored 1:22 into the second period. That gave the efficient Hawks four goals on eight shots.

“That was the one that, for our group, was pretty deflating,” Spartans’ coach Matt Funk said.

Judnick and Sandelin each added a second goal as Hermantown pulled away.

“We played more guys than them so we tried to keep the tempo fast, like we normally do,” Hermantown coach Bruce Plante said.

Saturday will require the Hawks to avoid recent title game norms. Hermantown, which won the 2007 championship, took second to Breck in 2010. Each year since, the Hawks have fallen one victory short of glory.

No. 1 seed Hermantown rolled to a 7-1 semifinal victory against No. 4 seed St. Paul Academy on Friday.

Forward Ryan Sandelin scored twice and added an assists as the Hawks (26-2-1) advanced to the Class 1A state title game for the seventh consecutive year. They will face No. 2 seed Breck (26-3-1) at 12 p.m. on Saturday.

Hermantown raced to a 3-1 lead Friday on first-period goals from Sandlein, Tyler Watkins and Cole Koepke.

When Logan Judnick scored 1:22 into the second period, the efficient Hawks had four goals on eight shots.

Check back later for  more on the game. 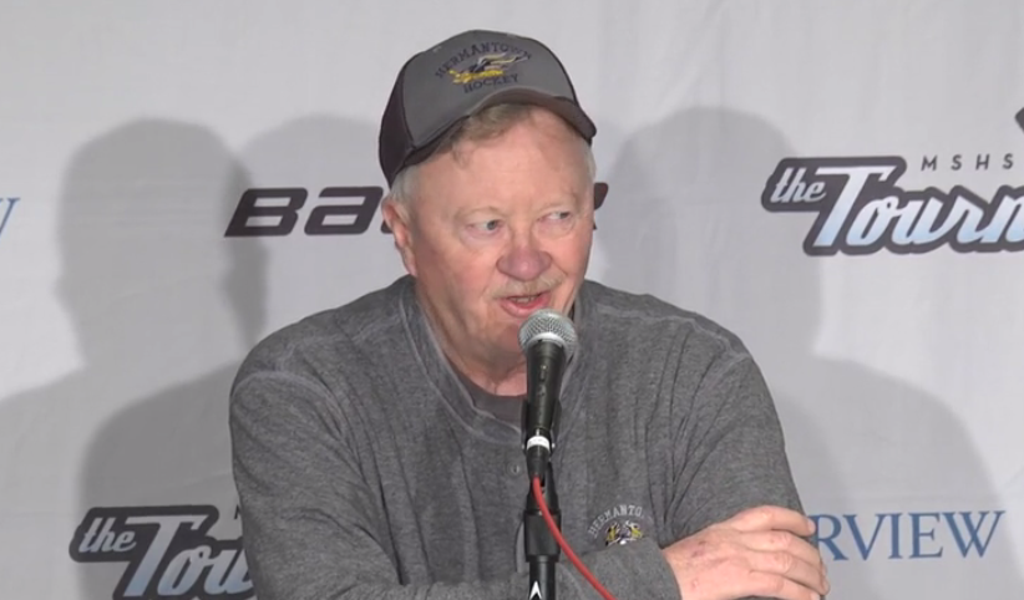 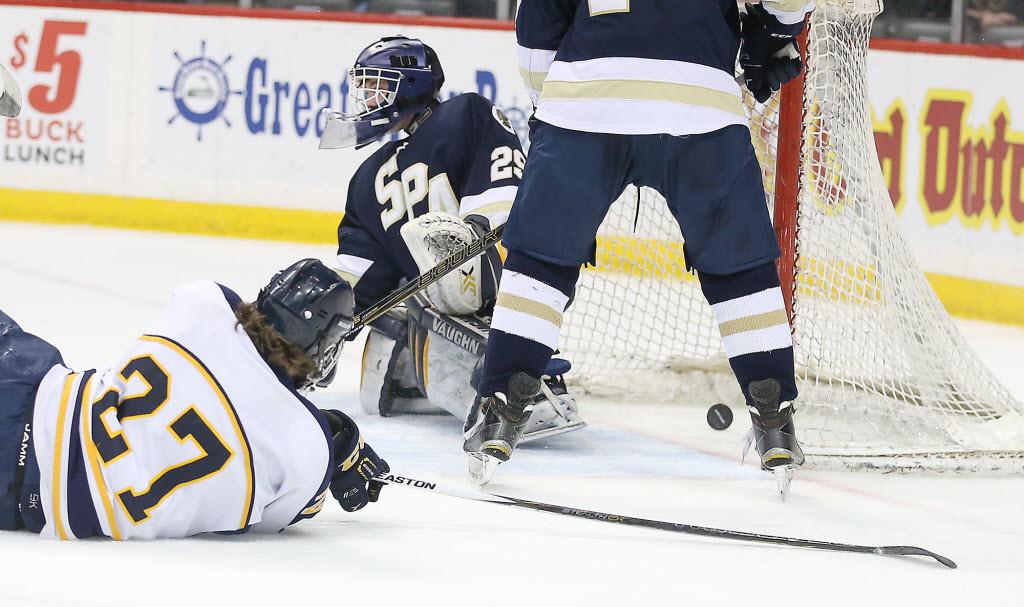