Injured in a fall during a junior game three years ago, the former Eagles star attended his alma mater's section final game Friday in Roseville. 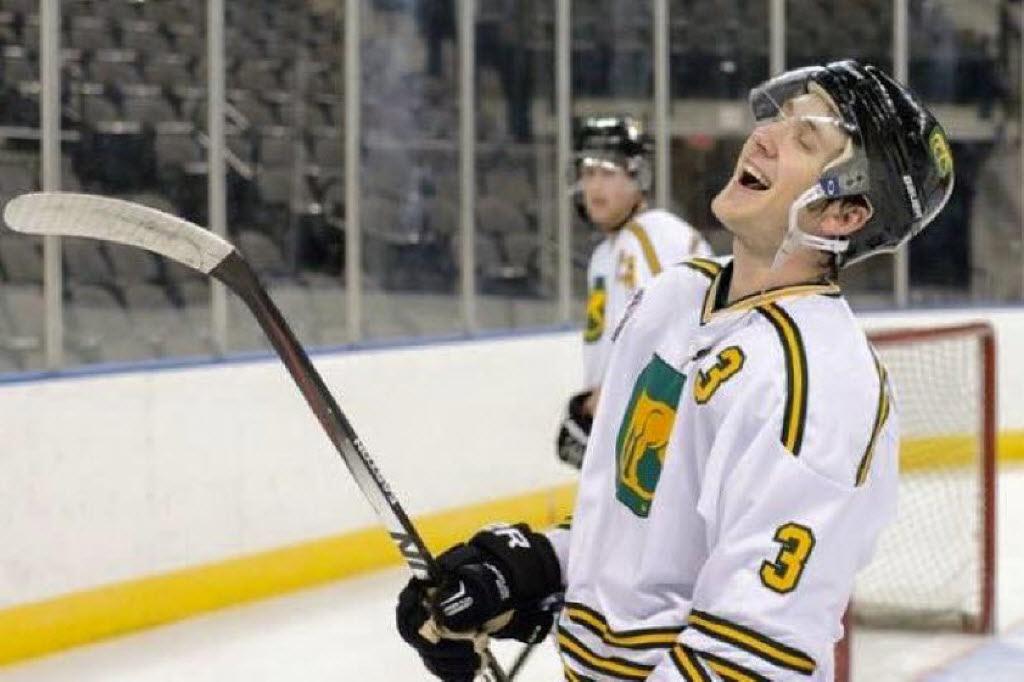 Matt Olson, who starred for Totino-Grace, when he played for the Chicago Cougars before he was injured and paralyzed after a fall during a junior game. Photo courtesy Chicago Cougars 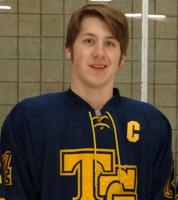 Olson when he played for Totino-Grace

The final seconds ticked off as the Mahtomedi players carried out the tradition of tossing their gear into the air, celebrating a 5-0 Class 1A, Section 4 championship victory over Totino-Grace on Friday night. The disappointment of a season-ending loss fell on the other side of the ice with the Eagles.

One fan in the stands could sympathize with that disappointment: Matt Olson, a former Totino-Grace star who last played with the team in 2014. The Eagles went to the state tournament that year, but it was a long time coming.

“Unfortunately, my first three years we lost to St. Thomas Academy in this very game,” Olson said. “So I know exactly what they’re feeling right now.

“It’s going to sting for a long time, but it’s one of those things that you never forget. You still have the opportunity to play in a really special game. There’s a lot of people that don’t get to play in this type of game.”

Olson watched the game from his wheelchair at the top of the bleachers in Roseville Ice Arena. In February 2016, he suffered a severe injury to his neck and spinal cord after he fell headfirst into the boards while playing a junior league game in Chicago.

Watching the game with rivals Mahtomedi and Totino-Grace brought back plenty of memories for Olson from the 2014 section title game. Totino-Grace was down 4-2 after two periods and ended up winning 5-4 in overtime.

On Friday, Olson chatted with some of his former teammates about that game “and how special it was,” Olson said.

“That’s obviously going to live with us forever,” Olson said.

It helped set the table for a rivalry between the two schools, according to Olson.  Including this season, the Zephyrs have been to the state tournament four of the past five seasons.

The season they missed was in 2016. The two schools met in the section semifinals. Down 4-3 after two periods, the fifth-seeded Totino-Grace scored a trio of third-period goals to upset top-seeded Mahtomedi 6-5.

Olson’s parents kept him updated on the happenings of that game as he was still in intensive care after his injury.

“It was pretty special,” Olson said. “Especially hearing from the team saying that they won that game for me.”

As for his recovery three years after his injury, Olson said he’s doing well. He continues therapy sessions and is also taking some general courses at Anoka-Ramsey Community College as he looks to pursue environmental science as a major.

He said he’s been to a few Totino-Grace hockey games the past couple years, though he’d like to get to more. He definitely would have made plans to attend the state tournament next week had Totino-Grace won the section championship.

“You always like to follow them,” Olson said. “They’re still your team even though you don’t know any of the guys.”