Ninth time is the charm for St. Cloud Cathedral

The Crusaders' 6-2 victory over East Grand Forks puts them in their first Class 1A championship game. 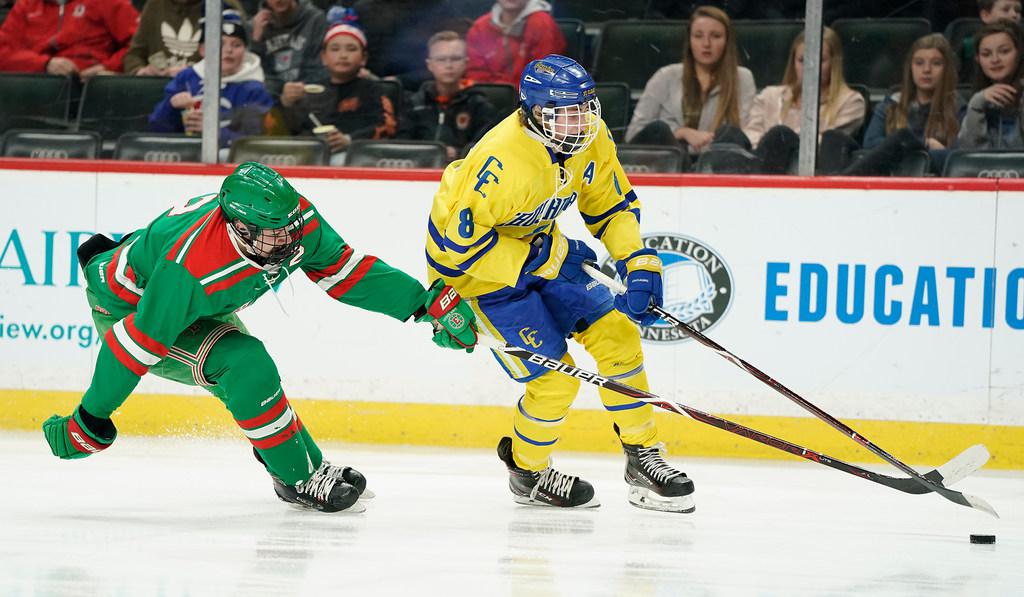 The second-seeded Crusaders defeated East Grand Forks 6-2 on Friday in the Class 1A semifinal. They advance to the title game at noon Saturday against No. 4 Greenway/Nashwauk-Keewatin, who they defeated 5-3 earlier this season.

“There have been a lot of good teams that haven’t been able to get past the semis,” junior forward Jack Smith said. “We’re a bunch of guys who work hard and get the puck in the net.”

No. 3 East Grand Forks (22-8) got its chance to get closer with 47 seconds of a 5-on-3 advantage in the second period. But the Green Wave never crested.

“I’m not going to say that was the turning point in the game but that could have made it a different game,” East Grand Forks coach Tyler Palmiscno said. “We were never able to get it back to a one-goal game.”

“That 5-on-3 power they had, I think that was the momentum-turner of the game,” Brown said. “We got through that and felt pretty good about our chances the rest of the game.”

Smith, who verbally committed to Minnesota-Duluth, scored again later in the second period for his 30th goal of the season. East Grand Forks, which lost to the Crusaders 7-2 during the season, couldn’t catch up.

“We knew it wasn’t over but we knew we had a ways to go,” East Grand Forks forward Landon Parker said. “At this stage, for them to bring it like that — it was just hard to respond.”