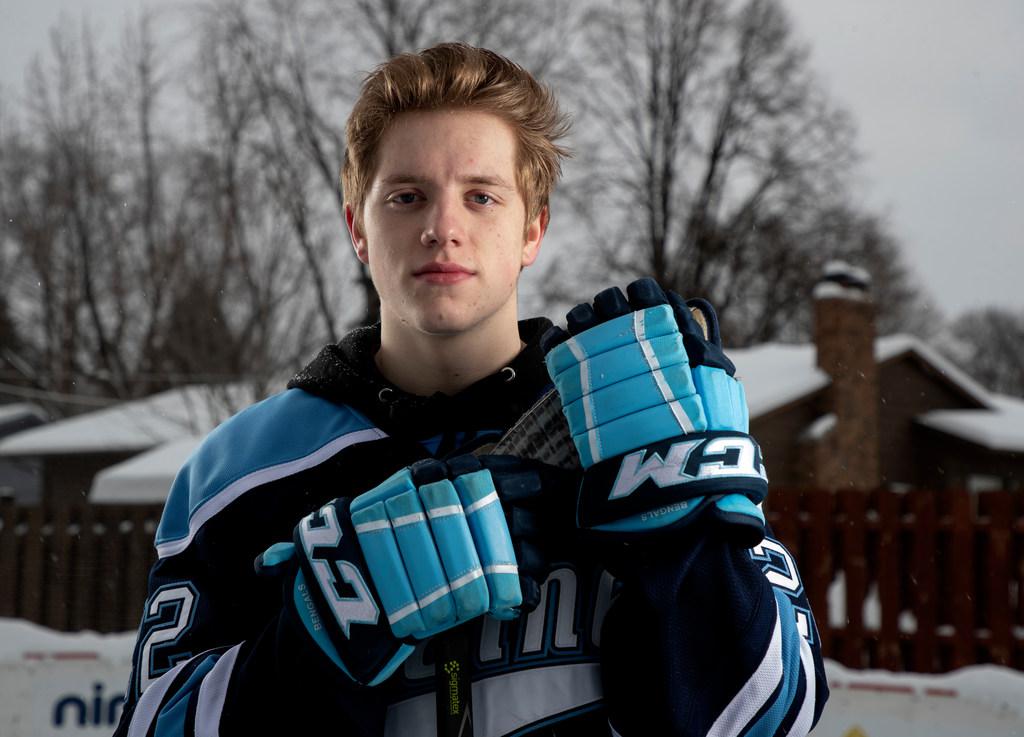 Bryce Brodzinski of Blaine, photographed by Jerry Holt of the Star Tribune for his selection as a first-team all-metro player.

Bryce Brodzinski grew up cheering for his older brothers at Blaine bantam games unless Andover was the opponent.

“Andover would score and Bryce would be banging on the glass and yelling,” Manney said.

Manney watched Sunday at the St. Paul RiverCentre as Brodzinski received the 35th annual Mr. Hockey Award. The 6-1, 200-pound senior tallied 36 goals and 55 assists, leading the Bengals to third at the Class 2A state tournament. Brodzinski has committed to the Gophers.

“He’s a first-class kid,” said Manney, who won the John Mariucci Coach of the Year Award in Class 2A. “The best part about his game is that he’s totally unselfish.”

Brodzinski said of his legacy on and off the ice, “When people respect you and like you, it’s a great feeling.”

As the youngest of four elite hockey brothers, Brodzinski said this award gives him bragging rights over Jonny, Michael and Easton.

Both awards are presented annually by the Minnesota Minute Men.