Leader of the 'Smurfs' 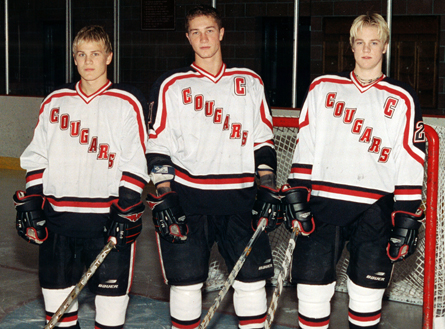 Centennial's Greg Stuz did the unthinkable during the 2003-04 season, becoming the first goaltender in the 61-year history of the state tournament to post three consecutive shutouts.

Mike Montgomery also earned his place in Centennial folklore, scoring the lone goal as the Cougars beat Moorhead 1-0 to secure the program’s first state Class 2A championship in its only state tournament appearance.

R.J. Anderson was a rock on defense, an All-Tournament selection and big reason why Centennial is the only team in state tournament history to not allow a goal in three games.

There were more go-to guys. A bench full of them. 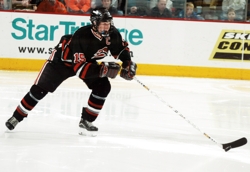 Tom Gorowsky led the state in scoring as a senior and was named Mr. Hockey at the conclusion of the season. Photo courtesy of Tom Gorowsky

“We had so much depth, we didn’t need that much leadership because everybody knew what they needed to do,” said Tom Gorowsky, who as a senior center that season led the state in scoring with 94 points in 30 games. “The guys that were on our third and fourth lines would have been on the first line on most any other team in the state.”

Gorowsky goes on to say he had great linemates, that everyone on the team played their roles to perfection, that the Cougars’ chemistry was impeccable. All of which is undoubtedly true, though Gorowsky falls short of painting a complete picture when it comes to his contributions.

“We had some great leaders on that team, but I thought he was the one,” Erik Aus, the Cougars’ coach that season, said about Gorowsky. “No matter what we did, he competed hard. He had this will to win. It was contagious.”

Gorowosky was a phenom going back to youth hockey, when he centered undersized but scrappy and skilled buddies Tim Ornell and Ben Ollila on what was labeled the “Smurf Line.” 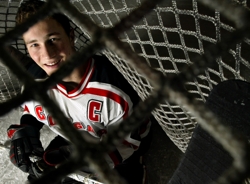 Tom Gorowsky was named the Star Tribune's Metro Hockey Player of the Year as a senior in 2003-04. Star Tribune file photo

Gorowsky continued scoring at a frenetic pace in high school, racking up 39 points as a sophomore and 67 as a junior. He remains Centennial’s career scoring leader with 200 points (90 goals, 110 assists).

The day after winning the state title, Gorowsky was named Mr. Hockey, the award given annually to the state’s best senior skater.

“He was such a dynamic player,” Ornell said. “He was great in the corners. I never saw him lose a battle.

“He had one of the hardest shots I’ve ever seen. He could release it in a second and pick his corner.”

As a senior, Gorowsky suffered a knee injury during the final regular season game of and sat out the Cougars’ first-round playoff game. Also suffering from a sports hernia, he played sparingly in the section semifinals before playing a regular shift in the Cougars’ section championship victory over Hill-Murray.

“What people saw in the state tournament, he might have been 75 percent,” Aus said. “But once again his leadership and his charisma was fantastic.”

Gorowsky and Ornell also were named to the all-tournament team.

Gorowsky went on to play four seasons at the University of Wisconsin and is currently living in the Twin Cities, studying for his Certified Public Accountant exam. He also recently earned his private pilot’s license. 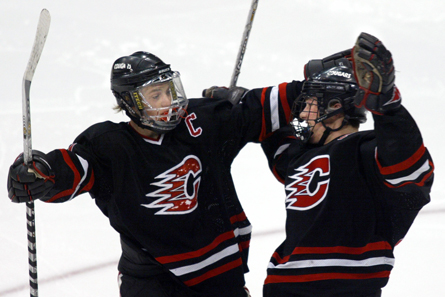