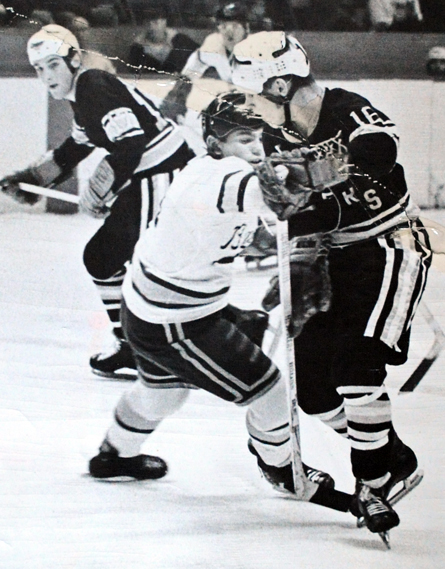 As the longtime head coach at Duluth East, Mike Randolph has witnessed firsthand two of the most thrilling – and longest – games in state tournament history.

You want to know about agony of defeat?

Neither of those games broke new ground for Randolph, who comes well-equipped to deal with the aftershock that comes with such excruciating losses.

As a high-scoring center for state powerhouse Duluth Cathedral, Randolph was part of three straight state Catholic hockey tournament championship teams in 1967-69. As a senior in 1970, Randolph was the leader of the Hilltoppers’ team that faced Hill High School (later to become Hill-Murray) in the title game of the newly created State Independent High School Hockey Tournament. 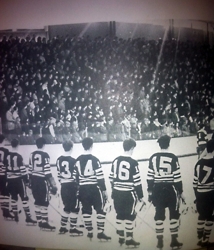 The game, played in front of about 4,000 fans at a packed Aldrich Arena in Maplewood, was extended to overtime when Randolph, taking a rare breather on the bench, could only watch in horror as Hill defenseman Bob Young uncorked a slapshot that skidded through heavy traffic and into the Cathedral goal.

“It’s a game I’ll never forget,” Randolph said. “As a player, you like to be on the ice when a game like that ends, win or lose. Especially as a senior.

“I am heavily wounded by that one. That one is tough to get over.”

That loss to Hill resonates as one of Randolph’s few disappointments as a high schooler. Cathedral, which played a schedule packed with public-school powers, knocked off the likes of Warroad, International Falls and Greenway – among other 1960s juggernaut programs – during Randolph’s four varsity seasons.

“That team was as good as any team in the state, for sure,” said former Cloquet goaltender and longtime Hermantown coach Bruce Plante.

Cathedral (since renamed Duluth Marshall) featured marquee players such as the Hoene and Trachsel brothers during its dominant run through the 1960s. The Hilltoppers not only held a vice-like grip on the Catholic state tournament but also routinely beat northern powerhouse and intracity rival Duluth East. 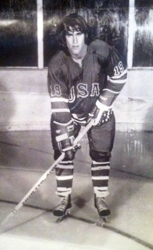 Mike Randolph was the last player cut from the U.S. Olympic team that played in Innsbruck, Austria. Photo courtesy of Mike Randolph

Randolph was a year younger than Hilltoppers’ phenom Steve “Pokey” Trachsel, a defenseman who as a senior drew comparisons to Warroad’s Henry Boucha, and three years younger than Cathedral forward Phil Hoene, a lightning-fast skater who was a magician with the puck.

“We just lived at Lower Chester,” said Randolph, who grew up about a mile from the rink. “There was a gully, a real deep gully, and the boards were almost right up to the edge of it. You would have to cross a little stream that went down and then climb up the hill to the rink. I walked that many a time. I could walk it in my sleep.”

“He was a good skater,” Trachsel said. “Up and down the ice all the time.”

Thus, Randolph was tagged with the nickname “Ralph.”

“All I knew was that they called me Ralph,” said Randolph, who scored 62 points in 22 games as a senior. “I didn’t really know why, but they did. Those guys were all older than me, so I just went along with it. Pokey was a pretty intimidating kid. Everyone kind of looked up to Pokey as a special athlete.

Randolph, who has guided Duluth East to 12 state tournament appearances and state titles in 1995 and 1998, played junior hockey in Canada after high school and before turning pro. He had his best season as a professional in 1972-73, when he scored 40 goals and added 41 assists in 74 games for the Muskegon Mohawks of the International Hockey League.

In 1975-76, Randolph played 47 games for the U.S. Olympic team leading up to the 1976 Winter Games in Innsbruck, Austria. Randolph was in Finland for two warmup games just prior to the Olympics when, in a surprising development, it was announced hockey rosters for the Games needed to be cut from 20 to 18.

Randolph, who for weeks had been playing – and scoring -- regularly on Team USA’s second line, was told by U.S. coach Bob Johnson he was off the roster. 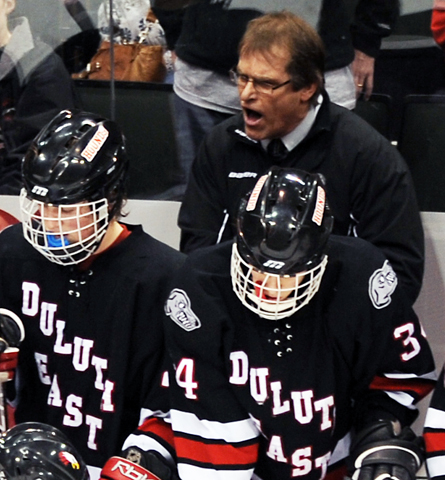