Eigner led Lakeville North to an undefeated 2014-15 season and the Class 2A state title. 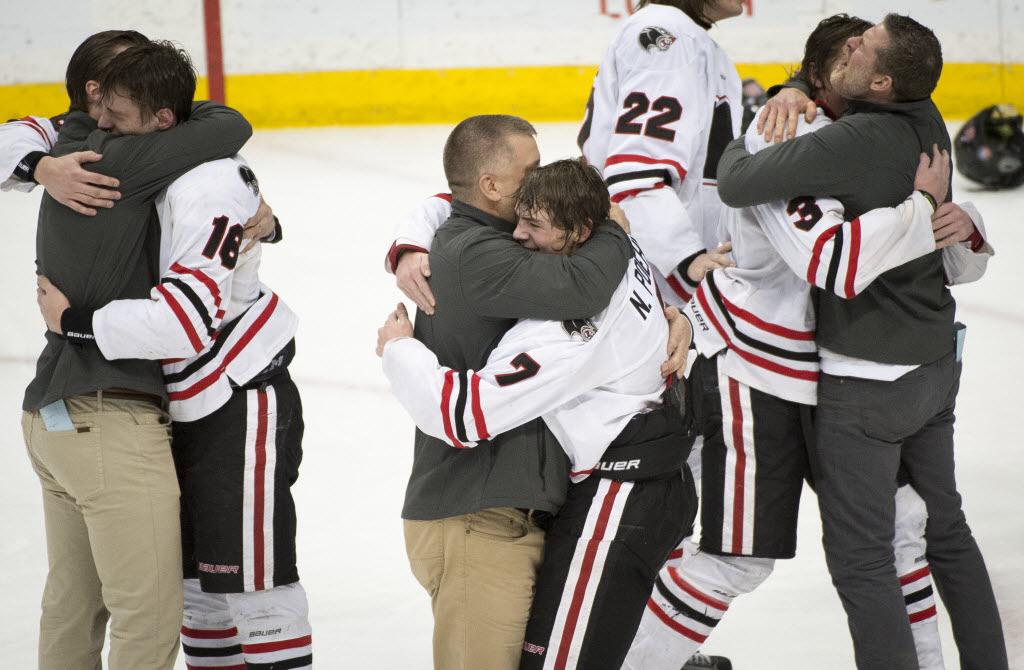 Trent Eigner, who coached the Lakeville North boys' hockey program to an undefeated season in 2014-15, was named head coach at St. Thomas Academy.

Eigner replaces and co-head coaches Greg and Tom Vannelli. The brothers coached together at the Mendota Heights private school since 2003, winning five Class 1A state championships and 11 section titles.

“Through a robust search process, we evaluated many candidates with outstanding hockey credentials and successful coaching records,” Headmaster Matt Mohs said in a release. “Ultimately, Trent was chosen because he understands that St. Thomas Academy places a high value on both character development and the pursuit of athletic excellence. He is the man I want coaching our Cadets.”

"The opportunity to coach Cadet hockey was one I couldn’t pass up,” Eigner said in a release. “St. Thomas Academy is an institution I have admired for some time. The administration’s and broader community’s commitment to excellence on and off the ice, the boys’ passion for hockey and the resources available to extend the Academy’s tradition of success made it a very attractive program to lead. I look forward to furthering Saint Thomas Academy as one of the premier high school hockey programs in the country and developing young men that reflect the school’s core values of faith, excellence, integrity and respect.”