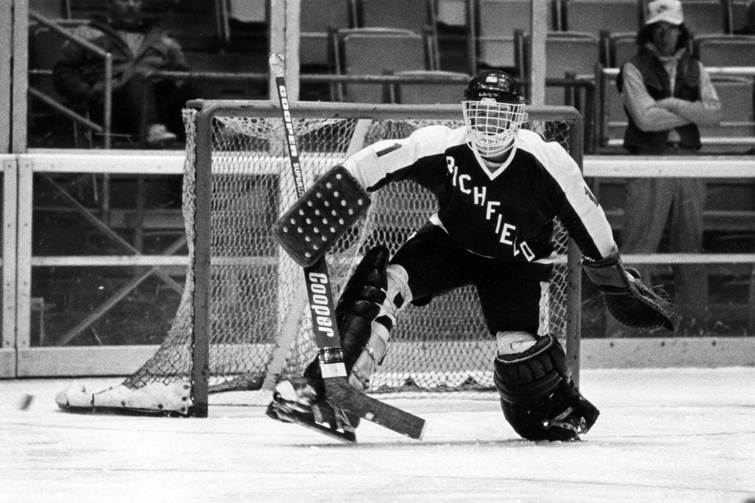 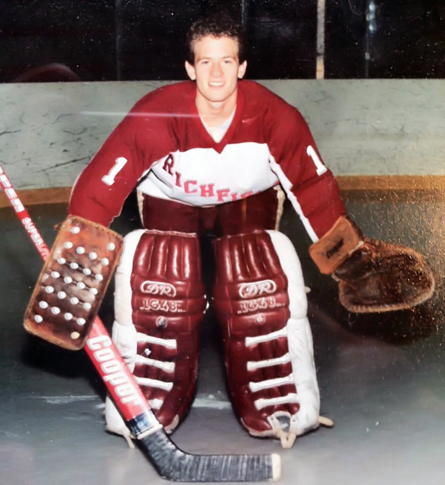 Richfield beating Edina in the 1986 section playoffs seemed as likely as constructing an ice rink inside a volcano.

It wasn’t going to happen.

Edina, ranked No. 1 in the state for much of the season, had a roster loaded with future college players, including eight seniors who would play for Division I programs.

The Hornets had blasted Wayzata 8-2 in the Section 6 quarterfinals. Another blowout victory against the Spartans, who had eked past Hopkins 6-5 in their section quarterfinal game, wasn’t predictable as much as it was inevitable.

Edina, after all, had blitzed Richfield a few weeks earlier in a game that was never competitive. The thumping was so thorough it required the “mercy rule” enactment of a running clock by the second period.

The Spartans had a losing record (10-11-1) and one, maybe two, players with Division I potential.

No chance Richfield wins the playoff rematch against the Hornets. None.

Funny thing about that bloodbath. It never happened.

Richfield goaltender Damian Rhodes, a junior with a superstitious streak, decided -- for luck -- he would use an Edina-green stick. His mom wore a green sweater to the game.

“No one ever thought we would beat Edina, we weren’t even in the conversation,” Rhodes said about what still ranks as one of the biggest upsets in state history. “I got super, super hot at the right time.”

Rhodes, who shared time in goal with senior Jon Lee that season, wasn’t named the Spartans’ playoff starter until there were two weeks left in the regular season. He was admittedly shaky in the Spartans’ shootout win over the Royals.

“I was surprised (Richfield coach Mike Thomas) came back with me against Edina,” Rhodes said.

Against the Hornets, Rhodes said Richfield grabbed an early lead. That helped settle the Spartans’ nerves and boost their confidence. Richfield was leading 4-2 late in the third period when Edina’s furious comeback attempt resulted in a goal in the final minute.

“The shots were 39-19 (in favor of Edina), or something like that,” Rhodes said. “I remember them getting a few pretty good chances at the end. But we had a little comfort there with the two-goal lead, so that was kind of nice.”

Peter Hankinson, who would go on to star at the University of Minnesota, was a senior on the Hornets team that suffered just one loss during the regular season. Considered one of the best Edina teams to never reach the state tournament, the Hornets’ talent-brimming lineup also included Jim Carroll (the Star Tribune’s co-Metro Player of the Year), Jay Moore, who had a stellar career at Denver University and future Notre Dame captain Tim Kuehl.

“He had pretty much been under the radar until that game, that was his come-out party,” Hankinson said about Rhodes. “We just kept bombing shots, and good shots. And he was just all over the place. It wasn’t like he was just making lucky saves. He was in the right spots.

"You just expected at some point in the game he would let a loose one in and we would manage to win.

Hankinson said he doesn’t remember Rhodes’ green stick, but he does recall the white tape wrapped into a knob at the top.

“I knocked one off the end of his stick one time,” Hankinson said. “It was going right into the corner, and it hit the knob. That was the only one you might say he got lucky on.”

Next up was Minnetonka. This time Rhodes went with a Minnetonka-blue stick. His mom wore a blue sweater.

Sure enough, Rhodes was razor sharp again in Richfield’s 2-1 triumph over the Skippers. The victory sent the Spartans to the state tournament for the first time since 1976 and just the fifth time in the program’s history.

Rhodes’ and Richfield’s run of luck ended in the state quarterfinals. Hill-Murray beat the Spartans 5-3 as Rhodes made 22 saves. With Lee in goal, the Spartans lost 5-4 to Bemidji the next day in the consolation semifinals.

“I think winning the section playoffs was like our state tournament,” said Rhodes, who would go on to a standout career at Michigan Tech and 10 seasons in the NHL. “Everyone was just happy to be there. I don’t think we cared if we won or not.

“I remember the game (against Hill-Murray) being so fast. I couldn’t keep up. It was like I was a Bantam and they were minor league pros. I didn’t adjust very well, I remember that.”

With Rhodes as the full-time starter the following season, Richfield lost to Minnetonka in the section semifinals. Rhodes called his senior year “a lost season,” but he had cemented his status as a top Division I prospect.

“Damian Rhodes was probably as hard a worker as I’ve ever seen, except for maybe Darby Hendrickson,” said former Richfield coach Mike Thomas, referring to another Richfield-produced NHLer.

Rhodes, who retired from pro hockey in 2004, grabbed the hockey world’s attention in 1999 when he became the first goalie to record a goal and a shutout in the same game. His 309 regular season NHL games are the most by a Minnesota native.

An avid golfer, Rhodes lives in Cleveland with his wife, Amanda, and their two children.