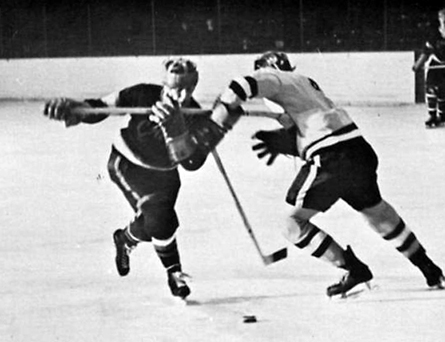 Bob Paradise, left, was an all-state defenseman at Cretin in 1961-62 who later starred in college at Saint Mary's and in the NHL. Courtesy photo

Bob Paradise grew up in the West End of St. Paul, a stone’s throw from the old Schmidt brewery.

The third oldest of seven boys, Paradise learned at a young age the value of a well-placed elbow.

“A lot of times there was action around the house,” Paradise said. “Somebody was always getting in somebody’s way. We weren’t as understanding as they require you to be today. If somebody got in your way, you might have to do something to get them to move.”

The same survival-of-the-fittest mindset applied to the West End’s streets.

“The neighborhoods we grew up in, there was always somebody looking for trouble,” said Paradise, who graduated from Cretin High School in 1962 as a decorated baseball, football and hockey player. “It wasn’t hard to find.”

For the Paradise boys, weekday nights and weekend days in the winters were spent at the St. Clair Playground’s outdoor rink. By the time he was a sophomore, Bob was playing varsity hockey at Cretin, a strapping defenseman who protected his goal with the ferocity of a grizzly guarding its cubs.

Cretin played in the Central Catholic Conference. Private schools were not a part of the Minnesota State High School League, and they hosted their own state tournament. In 1961 and ’62 Cretin reached the Minnesota Prep School Tournament, where it competed against teams such as St. Paul Academy, St. Agnes, Blake and Breck.

After winning the Central Catholic Conference title in 1961, Cretin lost 2-1 to St. Paul Academy in the prep school tournament. Cretin won the CCC title again in 1962, when it won the consolation title at the prep school tourney. The 6-foot, 180-pound Paradise was named to the all-state team. 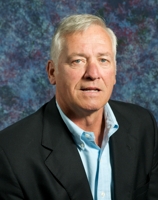 “He was an all-around good player, and he proved that where he ended up.”

As a senior, Paradise was invited to attend a luncheon at the University of Minnesota, where he met Gophers hockey coach John Mariucci. Paradise said he was invited to come out for the team as a walk-on. He instead choose Saint Mary’s University in Winona, where the financial aid package was more appealing.

Paradise was an All-Minnesota Intercollegiate Athletic Conference performer in hockey all four years at Saint Mary’s, and in 1965 he declined a contract offer from the Boston Red Sox.

He went on to play in the 1968 Winter Olympics in Grenoble, France, before spending eight seasons in the NHL.

“He was definitely a leader,” said former International Falls goaltender Mike “Lefty” Curran, who played against Paradise in high school.

Curran and Paradise played together on the 1977 U.S. national team in the World Championships.

“He was a very good high school player,” Curran said. “I’ve seen him punish some people on the ice when we were a little older. When we played the Europeans he was always one of the guys they kind of feared.”

Paradise, who gained a reputation as a tough-guy NHL player, refused to back down even in high school. His style was the same as a teenager as it was when he was a hardened pro. Minus the fights, of course.

“He’s a mild-mannered guy, but he played by certain standards,” Scanlan said. “If there was a situation that came up and he felt like a person was agitating one of our players, he would say that is enough.

“He grew up in what I think we would probably call a very economically difficult upbringing. His mom was a waitress and his brother Jim worked at the brewery. They had a small house and big family. They knew difficult times. They would fight to protect what they had, and they knew how to work.”

Paradise, who was inducted into the U.S. Hockey Hall of Fame in 1989, lives in the Twin Cities and is vice president of Paradise & Associates, a property management company.