Minnesotans taken in the 2019 NHL Draft

Twelve players from the State of Hockey were selected by pro clubs, including former Minnetonka forward Bobby Brink. 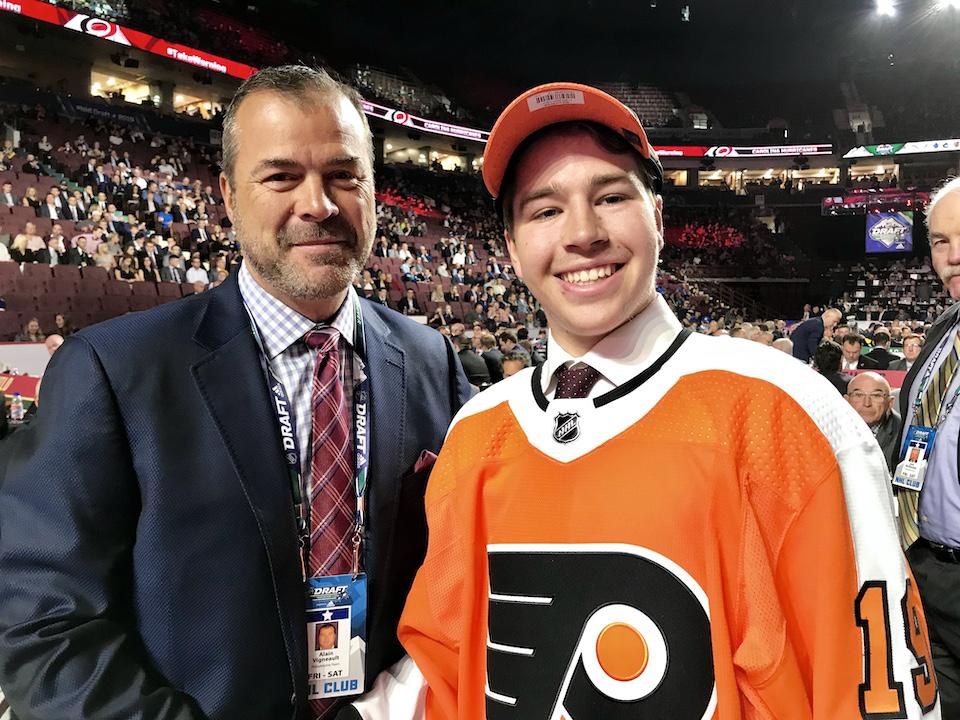 Bobby Brink: Although some projected the former Skippers forward as a first-round selection in this year's NHL draft, Brink slid to the third pick in the second round. Brink tallied 68 points in just 43 games for Sioux City in the junior-level United States Hockey League this year and is expected to join Denver University as a freshman this fall.

Jackson LaCombe: Eden Prairie-born LaCombe never played Minnesota high school hockey but spent most of his youth playing at Shattuck-St. Mary's. The left-handed defenseman will join Bob Motzko and the Gophers next season.

Aaron Huglen: Huglen, going to the Sabres with the 102nd pick, was the first player drafted this year who played hockey in the 2018-19 season for a team in the MSHSL. The Roseau native will skate for Fargo in the USHL this upcoming season before eventually suiting up for Minnesota.

Ryder Donovan: Donovan finished out a storied five-year varsity career with a Duluth East program that qualified for the state tournament — and his place among the 2019 Mr. Hockey finalists. Next season the 6-foot-4 forward will play for the Wisconsin Badgers.

Rhett Pitlick: Chaska's leading scorer this year (28 goals, 61 points) was the first of two Hawks taken in the 2019 draft. Pitlick is expected to forego his senior season at Chaska to play with the USHL's Omaha Lancers this fall.

Trevor Janicke: Janicke, a Notre Dame commit, played just one season at Maple Grove High School before joining the USNTDP for two seasons. The forward is coming off a breakout year, scoring 48 points for Central Illinois in the USHL.

Mike Koster: As one of the main catalysts of Chaska's recent hockey success, Koster finished his career with 189 points in four seasons with the Hawks. The defenseman will play for Tri-City in the USHL next year.

Ethan Haider: Nashville chose Haider, the lone Minnesotan goaltender, in the fifth round. Haider started as a freshman and sophomore for Maple Grove before joining the Minnesota Magicians in the NAHL this season. He will play at least one more year of juniors before suiting up for Clarkson.

William Francis: The 6-foot-5 defenseman from Centennial was the third Minnesotan taken by Anaheim in this year's draft, getting selected in the sixth round. Francis played with the USHL's Cedar Rapids last season and is committed to two-time defending national champion Minnesota Duluth.

Ben Brinkman: Brinkman was the youngest player in college hockey this year after forgoing his senior year at Edina and joining the Gophers. He will look to build on a freshman season in which he scored seven points in 38 games.

Bryce Brodzinski: This year's Mr. Hockey worked his way into the draft conversation with a monster year that ended in a state tournament trip for Blaine. He also posted 17 points in 19 games for Omaha in the USHL. Brodzinski will join the Gophers in the fall.