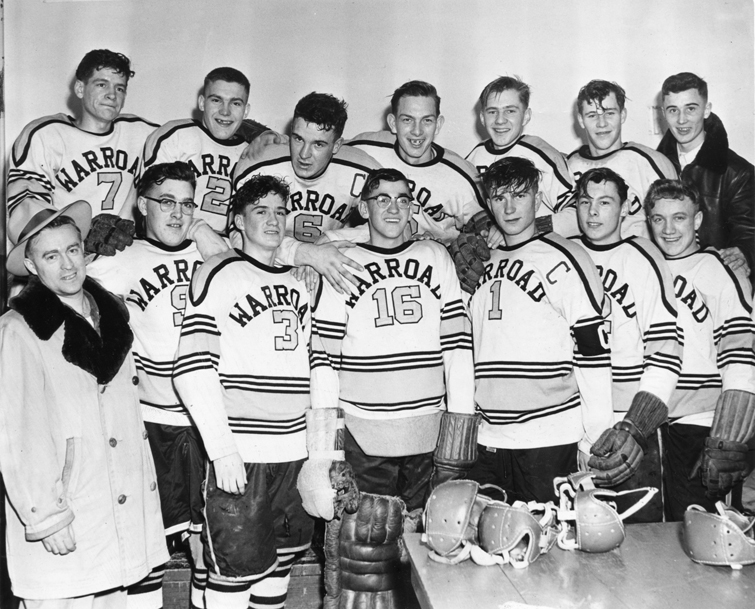 “We did a lot of cement work, a lot of pouring basements,” Christian said. “That is how we kept in shape.

“We are used to hard work.”

Christian’s father owned a construction business in Warroad. Roger and his younger brother Bill were among the six children in the Christian family. They were forced to grow up hard and in a hurry after their mother passed away.

“My mother died when we were really young,” said Roger, who is two years older than Bill. “That’s the reason Bill and I got to be close. We shifted for ourselves.

“We were always together.”

The Christians spent their winters playing hockey on outdoor rinks, frozen rivers and anywhere else they could find ice. 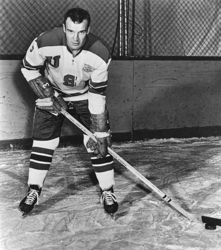 As a high school star at Warroad, Roger Christian was named to the all-state tournament team in 1953. Star Tribune file photo

Roger stood 5-foot-10 and weighed a solid 180 pounds. As a high schooler, he was all but impossible to knock off the puck. He worked the corners like a tornado in a trailer park, leaving flailing opponents in his wake as he emerged with the puck.

“Roger was going through a growing phase at about that time,” said Ed Streiff, who played alongside the Christian brothers on the 1953 Warroad team that reached the state tournament. “Roger could take a pretty good beating at that time and just keep on playing.”

Roger and the smaller and quicker Bill, a center, would gain Olympic fame as linemates on the 1960 gold medal-winning U.S. national team in Squaw Valley, Calif. They later played alongside each other on the same forward line for nearly two decades as members of the amateur powerhouse Warroad Lakers.

In high school, the Christian brothers rarely skated on the same line. Warroad was a small school with precious few experienced hockey players. Separating the Christian boys assured the Warriors of having one of their star players on the ice at all times.

Roger assisted on Warroad’s only goal in the 4-1 loss to the Governors.

“We were kind of from the backwoods.” Christian said about traveling to St. Paul for the state tournament, the first time most of Warroad’s players had traveled beyond the borders of Roseau county. “In those days it was a bigger change from city kids and our kids up in this country. We were a little bit behind times.” 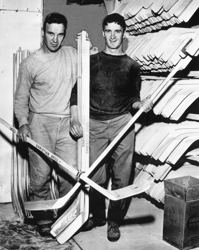 Roger, who served as a Warriors co-captain in 1953, was one of 10 players named to the all-tournament team. He would go on to play two more seasons before exhausting his high school eligibility (Roger repeated two grades in elementary school and graduated in 1956, the same year as Bill).

Throughout his career, Roger, who was inducted into the U.S. Hockey Hall of Fame in 1989, wasn’t merely tough as nails. He was tougher.

“I used to work for the Christians in the summertime,” said Gary Hokanson, a former standout high school player in Warroad who also played for the Lakers and later served as the high school coach at Roseau. “There was some scaffolding, and somehow a keg of nails tipped over and fell and hit Roger right between the shoulder blades.

“For the average person, the blow might have broken their back or at least knocked them down. Roger just shook his back a little, said a few words under his breath, and walked away.”

Bill and Roger went on to found Warroad-based Christian Brothers, Inc., which for decades was a leading hockey stick manufacturing company.