Ice in his veins 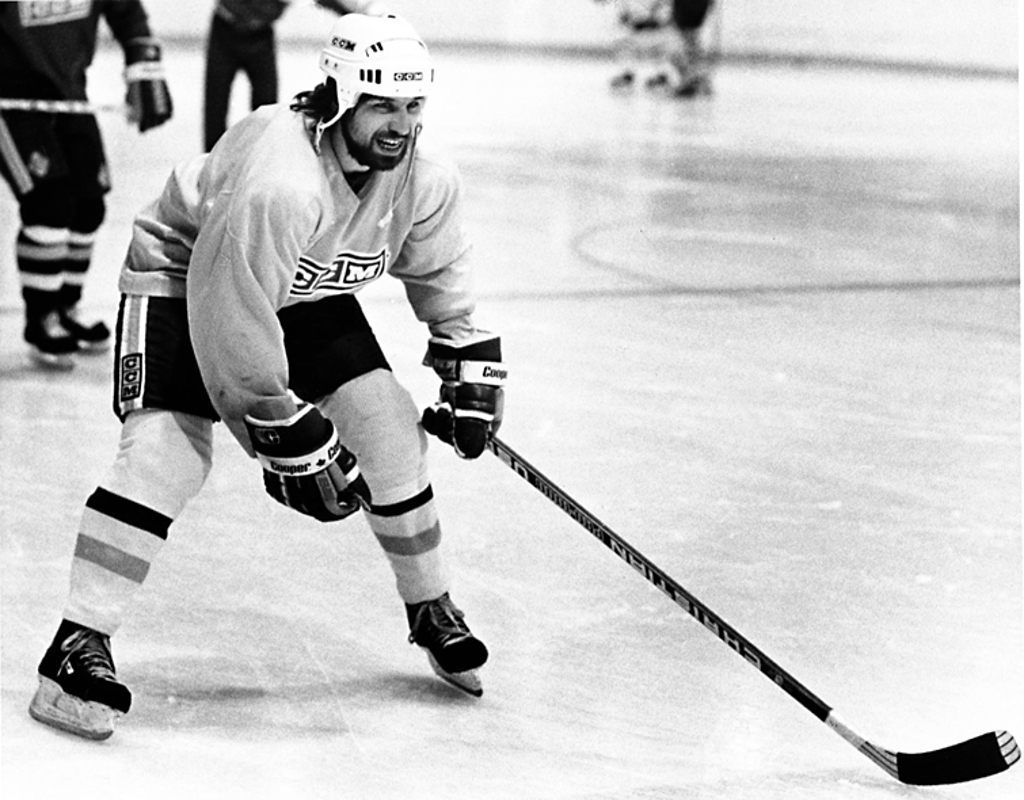 Outdoor rinks in Eveleth were as plentiful as hard hats at the town’s bustling taconite mine.

Everywhere you turned, there was a hockey game.

Each neighborhood had its own rink, and each rink had a set of “in-house” youth teams.

In the 1960s and ’70s, winning the city championship was every Eveleth kid’s dream.

“It was kind of unique, obviously, growing up playing hockey in Eveleth,” said Mark Pavelich, who was raised on the shores of Eveleth’s Ely Lake. “I was fortunate enough to have the rink just a couple of blocks away. It was just nonstop hockey. I was always down at the rink.

“The whole neighborhood was, too.”

In a town overrun with rink rats, Pavelich’s passion for hockey pushed beyond even Eveleth’s “normal” hockey-crazed boundaries. When the ice at the rink up the street wasn’t ready, Pavelich would fashion his own rink out on the lake.

When the Ely Lake rink needed to be cleared of snow, Pavelich always was on the scene. 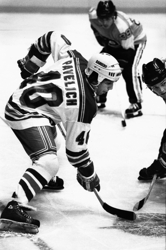 Eveleth's Mark Pavelich was a hit on Broadway, scoring more than 30 goals in each of his first two seasons with the New York Rangers. Star Tribune file photo

“Mark was always the first and last guy to shovel it,” said Ron Tomassoni, who played on a forward line with Pavelich when the two were seniors in 1976. “He was a great player from Squirts on. He was on the Teeny Lakers, and he was just so good, even at that age.”

The U.S. Hockey Hall of Fame opened in Eveleth in 1973. Many of the Hall’s first inductees were former Eveleth greats. The town’s rich hockey tradition struck a chord with Pavelich.

“Eveleth had turned out guys like (John) Mayasich, (John) Mariucci, (Mike) Karakas ... you could go on and on,” Pavelich said. “Having the Hall of Fame there really helped. Just to have the opportunity to go there and watch some of the NHL highlights, it really kind of inspired you.”

As a junior, Pavelich was one of Eveleth’s three immensely talented centers. Dave Delich, who would go on to set every major scoring record at Colorado College, was a senior during the 1974-75 season.  Craig Homola, who finished his college career ranked second on Vermont’s all-time scoring list, was a sophomore.

The Golden Bears, with several other future Division I players on their roster, reached the Section 7 championship game where they lost to eventual state champion Grand Rapids. The state tournament drought continued for Eveleth, which had made 13 state tournament appearances from 1945-60 but none since that fabulous run.

The follow year, with Pavelich as a senior and expectations around town at feverish levels, Eveleth lost its first two games. International Falls goaltender Kevin Constantine turned in a superb performance to beat the Golden Bears, who also lost at home to Grand Rapids.

Eveleth did not lose again during the regular season, and again the Golden Bears reached the Section 7 title game with lopsided playoff victories over Virginia and International Falls.

Leading Eveleth’s playoff charge was the 5-foot-8 Pavelich. A smooth, powerful skater, Pavelich was all but impossible to knock off the puck. He was both a playmaker and a goal scorer. There was nothing, it seemed, that he couldn’t do.

“He was one of the nicest centermen around at that time,” former Babbitt coach Ron Castellano said. “He skated well, he moved the puck. He was a pest.”

Added Tomassoni: “He was just a great skater He just always saw the ice so well. He was extremely creative and extremely strong. He had that low center of gravity.

“It was difficult to get a piece of him because he was so quick and so fast.”

Pavelich’s high school career ended with yet another crushing section championship loss to Grand Rapids. The Golden Bears were unable to solve goaltender Jim Jetland in the 3-0 loss. Grand Rapids went on to win a second-straight state title.

“You can only blame it on yourself, really,” Pavelich said about the loss to Grand Rapids. “The bad thing about high school hockey is it is only one game. Jetland was pretty good that game, but it takes more than one guy. You can only point the finger at yourself.”

Pavelich went on to star at Minnesota-Duluth and in the 1980 Winter Olympics, where he assisted on Mike Eruzione’s winning goal against the Soviet Union. The “Miracle” U.S. team went on to win the gold medal. Pavelich had six assists in the U.S. team’s seven games.

U.S. coach Herb Brooks and Pavelich were reunited in the NHL with the New York Rangers, where Pavelich scored 30-plus goals in each of his first two seasons.

An avid outdoorsman, Pavelich retired from professional hockey in 1992 and lives with his wife, Kara, north of Duluth on Lake Superior’s north shore.