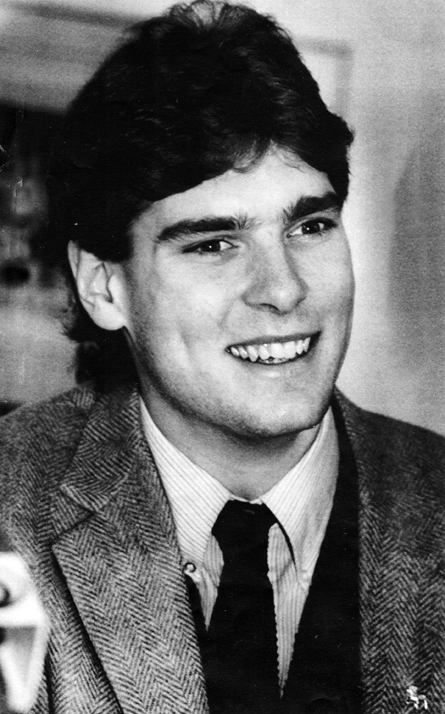 First he broke his thumb. Then he suffered nerve damage in his leg while blocking a shot.

“I think there was another injury, too,” Kurvers said. “It was weird, because growing up I didn’t get hurt much at all until senior year. I must have missed about a third of the season.”

Bloomington Jefferson High School opened in 1970. Ten years later the Jaguars were poised to make their first state tournament appearance in part because Kurvers, a defenseman with an offensive flair, gave Jefferson a dynamic presence few teams could contain.

“Our team was pretty strong,“ said Kurvers, who recovered from his injuries in time for Jefferson’s playoff push. “I got a hurt a little bit during the regular season, but there was no shortage of talent.”

Jefferson’s array of stars included Jay North, Steve Bianchi and Rob Ohno. Even without the smooth-skating, precision-shooting Kurvers stationed on the blue line for a large chunk of the regular season, the Jaguars remained tough to beat.

With Kurvers in the lineup, Jefferson – which had never appeared in the state tournament much less contended for a title – wasn’t just a tourney contender, it was championship-caliber. 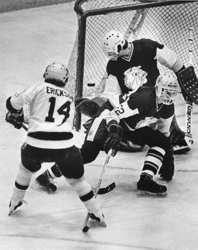 The Jaguars were 20-1-2 and, admitted Kurvers, wide-eyed heading into the state tournament.

“It is exciting, so you have to learn how to use the emotion,” Kurvers said about playing in front of St. Paul Civic Center crowds approaching 19,000. “You’re a high school kid, so you don’t know how to contain it and control it and use it.

“I remember the week leading up to the state tournament seemed to take forever. And then the tournament itself seemed like it was over in one shift of hockey, not nine periods of hockey.

“It was gone in a blink of an eye. You treasure it forever.”

Growing up in his Bloomington neighborhood, Kurvers played whatever sport was in season with an ample supply of like-minded buddies. No matter the time of year, though, a hockey stick always was within Kurvers’ reach.

“He had pucks and a net set up in his garage,” North said. “I remember he would work for hours on end shooting and shooting, getting that same spot down.”

All that extra shooting time made Kurvers a fearsome presence on the point. North said Kurvers once scored four goals in an early season game against Edina. Remarkably, North said, all four goals came from the same left-point location.

“The second time around we were hearing rumors they were going to cover the point and shut him down,” North said. “So what he did was just pass it off to everyone else and they scored. He was just unstoppable.”

So too, it seemed, was Jefferson. If the Jaguars were suffering from state tournament jitters, they didn’t show it on the ice. The Jaguars beat Irondale 5-2 in the quarterfinals, earning a semifinal matchup with Iron Range Conference powerhouse Grand Rapids.

Grand Rapids scored an empty-net goal in a 3-1 victory and went on to beat Hill-Murray 2-1 in the championship game. The Jaguars routed Minneapolis Southwest 6-2 to take third place.

“It as a great memory,” said Kurvers, who went on to win the Hobey Baker Award as the nation’s top collegiate player at Minnesota-Duluth and captured a Stanley Cup title with the Montreal Canadiens in 1986. “I’ve played in big hockey games in higher levels, but there wasn’t anything bigger or more special than playing in the biggest spectacle there is for a 17-year-old.”

Kurvers didn’t have many college options coming out of high school. The University of Minnesota didn’t recruit him. Wisconsin offered only a partial scholarship. Minnesota-Duluth was his best – and, in his mind, only – option.

“He just kept getting better all along,” former Burnsville coach Tom Osieck said. “Everybody was not looking at Kurvers to become the player he did. They knew he was probably good enough to play Division I hockey, and then he goes to Duluth wins the Hobey Baker.

“He was just murder in the offensive end.”

Kurvers played 659 regular-season NHL games for seven teams in a career that spanned 11 seasons. Kurvers retired from professional hockey in 1996.

He is entering his third season as the Tampa Bay Lightning’s assistant general manager and lives in East Gull Lake with his wife, Heather, daughters Madison and Rose, and sons Weston and Roman.