With Top 100 pick Rob McClanahan as its lynchpin, Mounds View was metro team to beat 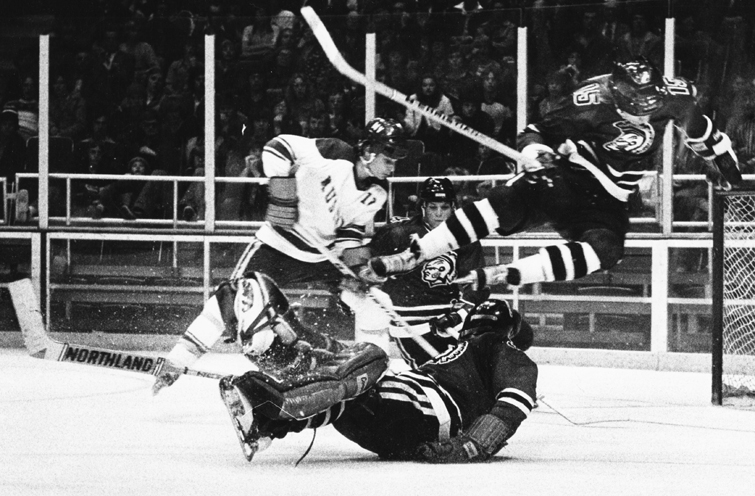 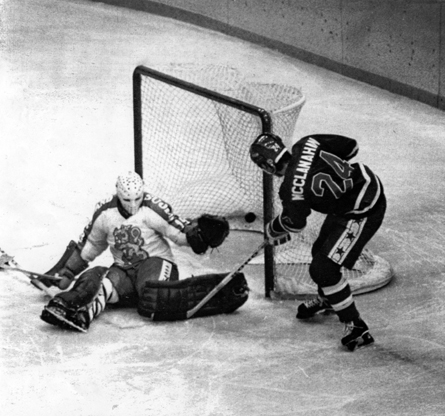 The last of St. Paul Johnson’s four state titles had come a dozen years earlier, Edina’s dynasty was on a brief hiatus and Bloomington Jefferson’s fledgling program hadn’t yet come to power.

In the mid-1970s the epicenter of Twin Cities high school hockey had shifted squarely into the first-ring northern suburb of Mounds View.

The Mustangs were bursting with talent. They had not only won state titles as Pee Wees and Bantams, but had twice reached the national championship game (winning the Bantam title in 1974).

With the hope of experiencing a different, more challenging brand of hockey, Mounds View headed north to the Iron Range during the 1973-74 season for a game against Virginia.

The Mustangs got all they had bargained for and more.

“They had a good team, and we could barely get the puck out of our end,” said Ted Wegleitner, a Mustangs sophomore at the time. “They were hammering us.”

Mounds View’s junior class that season was loaded with standout players who would go on to play college hockey. The crown jewel of the group was Rob McClanahan, a 5-foot-9, 160-pound center who possessed Ferrari-like speed and maneuverability. 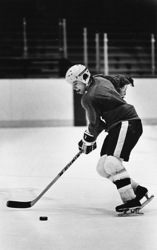 Rob McClanahan won a national championship with the University of Minnesota in 1979. Star Tribune file photo

“I remember us just getting killed in that game against Virginia, and then all of a sudden Robby got away for a goal,” said Wegleitner, the son of then-Mustangs head coach Tom Wegleitner. “And then he does it again. I know he had at least a hat trick in that game. We had no business beating them, but we did.”

The following season, Mounds View was 23-0 heading into the state tournament. McClanahan was in the midst of a 40-goal, 66-point senior season that included a dazzling outburst of 21 points over his final seven games.

Mounds View had defeated Blaine 5-1, Duluth Cathedral 10-2 and Duluth East 3-1 in the Section 2 playoffs, setting up a state quarterfinal matchup with Richfield.

“I knew we had a really good team,” McClanahan said. “My goal was not only to make it to state but play in that final game. We all had had success growing up, so we knew it was very possible.”

McClanahan said the spotlight before the tournament focused on Mounds View’s matchup with Richfield and another intriguing quarterfinal featuring Grand Rapids against Bloomington Kennedy.

Mounds View outshot Richfield 21-3 in the opening period which, incredibly, ended with the score tied at 1.

McClanahan had been attending state tournament games since he was in grade school, when his father would haul the family’s four boys to the old St. Paul Auditorium for three days of worth of games.

“When I was kid I watched section championship games at Aldrich Arena, and the place was packed,” McClanahan said. “To go to the state tournament and play in front of a sellout crowd, you can’t get it any better at any level than that.”

Steve Christoff was Richfield’s star forward in 1975-76, and he scored the Spartans’ first-period goal against the Mustangs. Mounds View tied the score on a late first-period goal by Brad Michaelson. Christoff and McClanahan traded second-period goals, setting up a tension-choked final period.

Richfield’s Tom Szepanski scored twice in the third (Christoff assisted on both goals), and Jeff Lundgren answered for Mounds View (with an assist from McClanahan). Mounds View, despite finishing with a 36-22 advantage in shots, lost 4-3. 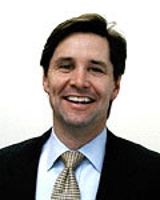 Rob McClanahan lives in Orono and works in Minneapolis for Craig-Hallum Capital Group.

McClanahan and Christoff would each go on to play for the University of Minnesota and on the 1980 gold medal-winning U.S. Olympic team.

“Believe me, when we get together that 1976 state tournament game is always brought up,” McClanahan said.

Richfield lost to Grand Rapids 4-3 in the championship game and Mounds View fell 4-3 to Bloomington Kennedy in the consolation championship. McClanahan finished the tournament with four goals and three assists.

“He never quit,” Dave Manley, the former Mounds View assistant coach who went on to become the head coach at Irondale, said about McClanahan. “That kid wouldn’t quit if he was down 10-0. He would play with the same level of speed and tenacity.

“You knew you had a winner when you walked on the rink with him.”

McClanahan, who also was a standout high school tennis and soccer player, was recruited by several Division I colleges. He said he was close to choosing Michigan Tech before settling on Minnesota and coach Herb Brooks.

McClanahan scored 17 goals and added 32 points in 43 games during the 1978-79 season as Minnesota won the national championship. Again playing under Brooks in the 1980 Olympics, McClanahan scored five goals in seven games, including the winning goal against Finland in the gold-medal game.

McClanahan played in 224 games during six seasons in the NHL (reuniting with Brooks yet again with the New York Rangers) and retired from professional hockey in 1984.

A sales trader for Minneapolis-based Craig-Hallum Capital Group, McClanahan lives in Orono with his wife and 11-year-old daughter. He also has two stepsons attending college.