The Packers rallied from two one-goal deficits to force a draw. The game was part of the team's agenda in commemorating their 75th anniversary Saturday. 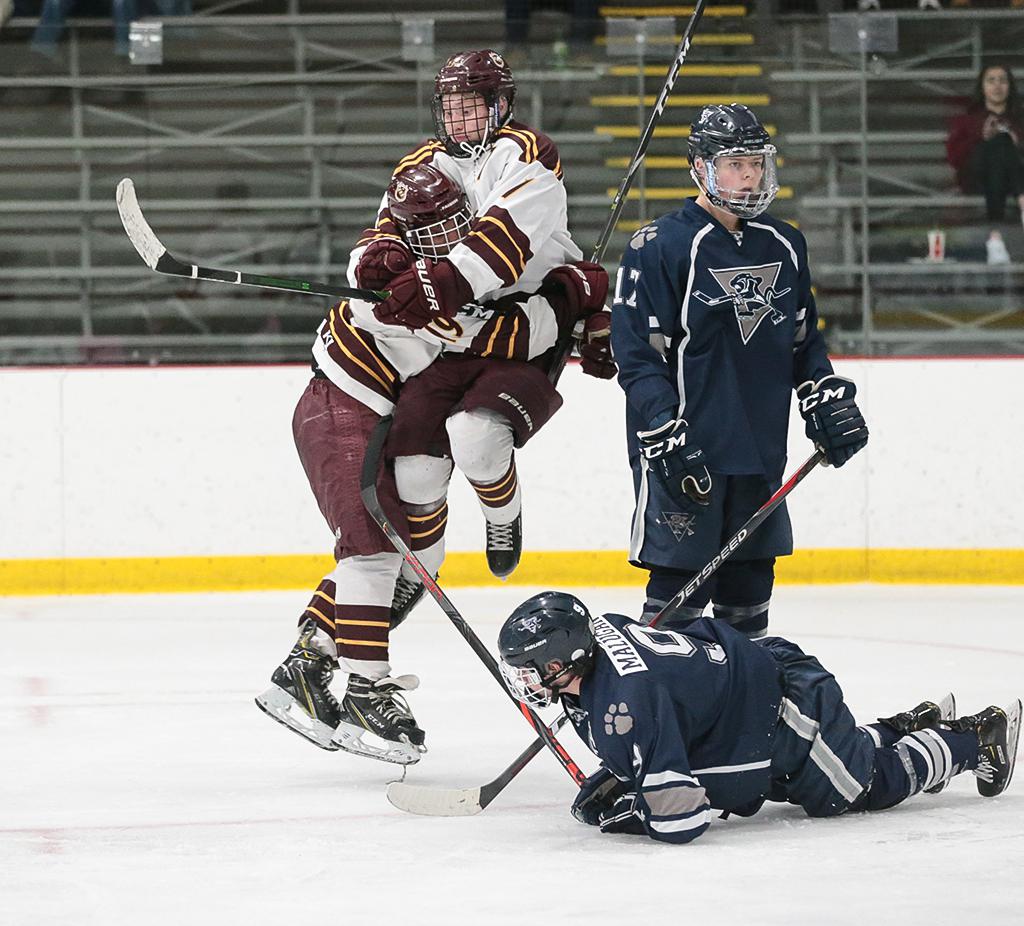 "I think about it all the time: We went from a mudhole to the state tournament," said Masanz, a member of the Class of 1947 who that same year skated on the first Packer hockey team to play in the state tournament.  "There were seven of us — 'Lefty' Smith, Harley Woog and some other guys — and we begged for some money to start a hockey team.”

That investment paid handsome dividends for South St. Paul, with its illustrious boys’ hockey history including 28 state tournament appearances and a number of famous alumni, including NHL Hall of Famer Phil Housley and former Gophers coach Doug Woog, among numerous others.

All of those alumni were honored in a special ceremony held during the first intermission of South St. Paul's contest with Rochester Century, which ended in a 2-2 tie.

The contest was a gritty, hard-fought game that saw the short-handed Packers twice rise up from a goal down to earn the draw. 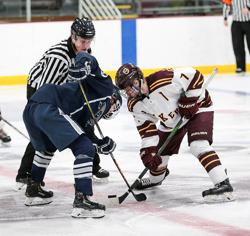 "We've got seven guys out of the lineup because of the flu and some injuries," said South St. Paul coach Pete Schultz. "But I was really proud of our kids, because they played so hard and gave such a great effort."

Rochester Century (10-2-1, 5-0-0) got an unassisted goal by senior Joey Malugani at 10:06 of the first period and carried that one-goal advantage into the third period.

South St. Paul (6-5-2, 1-3-0) tied the game on a goal by senior Jacye Schauer at 5:43 of the third, only to see Panthers junior Lyncoln Bielenberg-Howarth break the 1-1 tie exactly five minutes later.

But instead of hanging their heads, the Packers struck for the second time with just 4:40 to play, thanks to a goal by senior Jake Saver.

"They were South St. Paul goals — both plays in front of net, just rapping in rebounds," Saver said.

Schultz agreed, adding: "We had some nice pushback after [Rochester Century’s] second goal. We have a lot of pride, and our kids just kept working hard."

It was a bit of providence that Saver scored the game-tying goal. Before the matchup, he switched from his No. 14 jersey to wear the retired No. 7 jersey of Doug Woog, who passed away on Dec. 14.

"Right before the game, the coaches came to me and asked if it was something I wanted to do and right away I said yes," Saver said. "It was an honor, because Doug Woog was such a great player and person. And getting a chance to meet all of these alumni was awesome."

It was just one bit of ceremony in a day filled with pomp, including the unveiling of the school's 75-year anniversary team, as well as its all-decade teams and a spirited alumni game which followed the varsity tilt.

The message that South St. Paul players "work hard" is one Schultz, a 1994 graduate of South St. Paul, and his team hears frequently thanks to former players who interact with the current team.

"They talk about how hard-working South St. Paul guys are," Saver said of those alumni talks. "That's our identity. People around the state know that about us. So it's up to us to keep that going."

It is a message that is reinforced by assistant coach Paul Moen, who has spent 41 seasons on the South St. Paul bench.

"The guys who come back to talk have all talked about the work ethic of a South St. Paul kid," said Moen, who indicated this would be his last season as an assistant coach. "They've told our kids to never quit working; even if we're losing, we're going to work hard.”

He also reflected on the culture of the program.

It also was a great journey for Masanz, who said he never gave a thought to not attending Saturday's celebration.

"It's just like the Marines: Once a Packer, always a Packer," Masanz said.

South St. Paul and Rochester Century played to a 2-2 overtime draw during the Packers’ 75th anniversary celebration at Woog Arena in South St. Paul on Saturday.

The Panthers (10-2-1, 5-0-0) opened the scoring with an unassisted goal by senior Joey Malugani at 10:06 of the first period. Malugani’s tally was the game’s lone goal until a three-goal flurry in the third period. 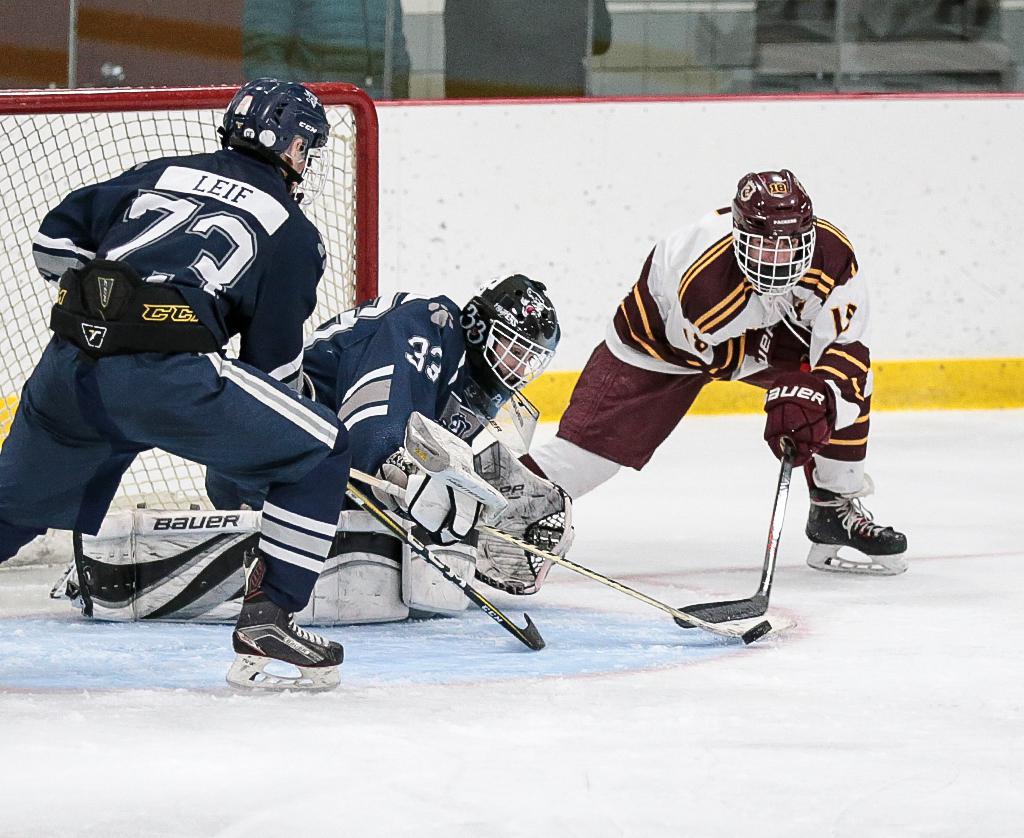 Rochester Century goalie Tim Pundt directs the puck away from South St. Paul's Matt Wincentsen (18) on a wraparound attempt. Pundt tallied 34 saves, leading his team to a 2-2 draw on Saturday. Photo by Cheryl A. Myers, SportsEngine