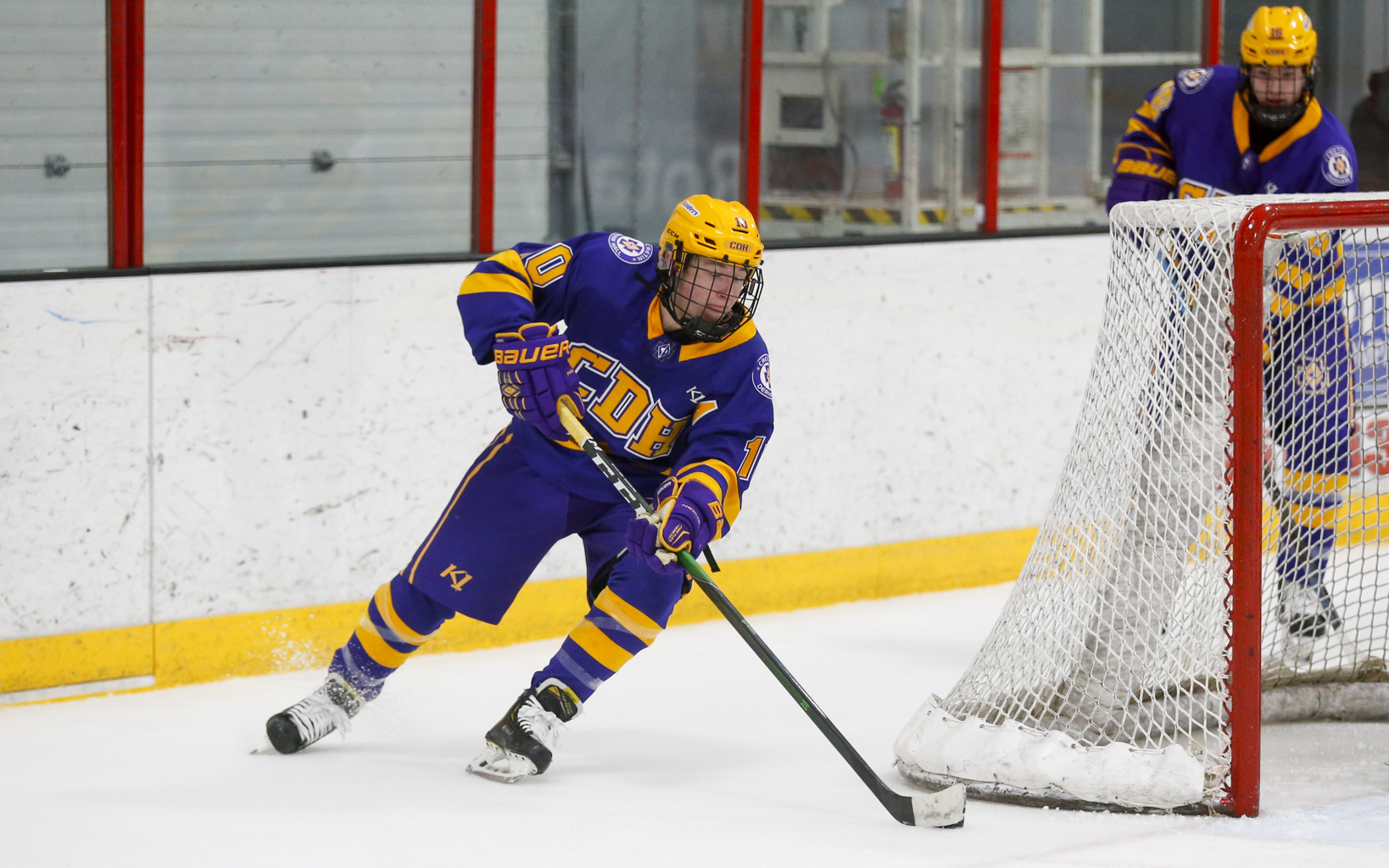 Cretin-Derham Hall's Jack Nei (10) goes for a wraparound attempt against Stillwater Tuesday night. Nei had a goal for the Raiders in their 2-0 victory over the Ponies at the St. Croix Valley Rec Center. Photo by Jeff Lawler, SportsEngine

Cretin-Derham Hall leveraged its talent on the road to claim a 2-0 defeat of Suburban East Conference rival Stillwater on Tuesday.

And while the hockey was pretty good in the Raiders’ win at the St. Croix Valley Rec Center in Stillwater, the team hopes to be playing even better come February in an effort to avoid a repeat of how last season ended.

The Raiders won 16 games a year ago and had a runner-up finish to White Bear Lake in the Suburban East standings, only to see their season end with a 5-1 loss to Blake in the first round of the Class 2A, Section 6 tournament.

But with a talented group of returners, the Raiders, ranked No. 9 in the Class 2A coaches’ poll, are confident this season will last a bit longer.

Their skill was apparent after a slow first period from both teams Tuesday. In the second period, Cretin-Derham Hall (10-3-0, 7-1-0) took a 1-0 lead thanks to a back-door power-play goal by Jack Nei. In the third period, Colorado College commit Matthew Gleason fired a pass from his team's goal line to an awaiting Jake Sondreal, who skated in to make it 2-0.

What got Cretin-Derham Hall rolling? After the teams combined for just six shots in the first period, the Raiders coaching staff reminded their players to open up their offense.

"We talked about it between the first and second period, that we've got to go get gritty," said Cretin-Derham Hall coach Matt Funk. "Use our speed and go to the tough spots."

The Raiders have a handful of skaters they can rely on to produce offense. The team's biggest weapon has been Gleason, who has amassed 40 points, proving he’s one of the top offensive players in the state. Against Stillwater (8-2-0, 6-1-0), he assisted on both goals.

But his talent to produce points isn’t the only positive the Raiders like about Gleason.

"We've got a young group that is highly skilled that looks up to him," Funk said. "Everything he does on and off the ice. For New Years, he had the whole team over there playing knee hockey."

Nei has become another player the Raiders look to for offense after missing four games early in the season after he sufferd a hairline fracture to his wrist during a team scrimmage in the preseason.

After sitting out the first two weeks of the season to heal, he’s since recovered and scored 10 goals in nine games.

The Raiders have made it their mission to extend their postseason experience after enduring last season’s early playoff exit. But with opponents like No. 7-2A Wayzata and No. 8-2A Blake also in the mix, it will be a challenge.

Regardless of the competition in their section, the Raiders have plenty of confidence.

"A lot of teams are going to be sleeping on us, but we're coming," Nei said. "Watch out for the Raiders." 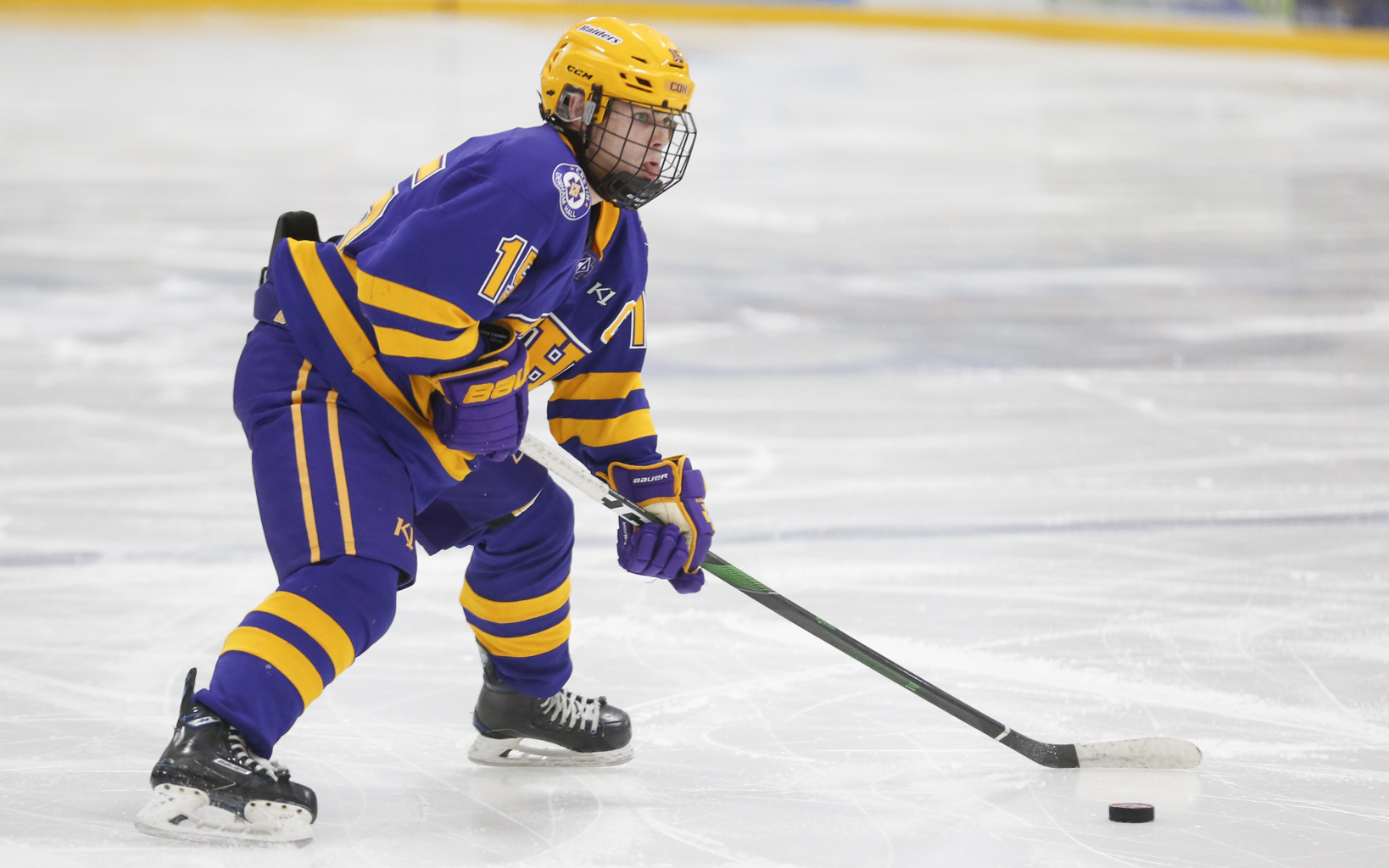 Cretin-Derham Hall's Matthew Gleason (15) looks for an open teammate on a power play opportunity against Stillwater Tuesday night. Gleason had two assists in the Raiders' 2-0 victory over the Ponies in Stillwater. Photo by Jeff Lawler, SportsEngine

Cretin-Derham Hall proved to be too much for rival Stillwater on Tuesday, as the Raiders dealt the Ponies a 2-0 defeat at the St. Croix Valley Rec Center in Stillwater.

Raiders goals by Jack Nei and Jake Sondreal proved to be enough in the matchup between two of the top Suburban East Conference teams in the standings.

After a scoreless first period, Nei's goal in the second period put Cretin-Derham Hall, ranked No. 9 in the Class 2A coaches’ poll, ahead 1-0. In the third period, Sondreal caught a long pass from teammate Matthew Gleason before beating goalie Logan Bies to give the Raiders (10-3-0, 7-0-0) a two-goal lead. 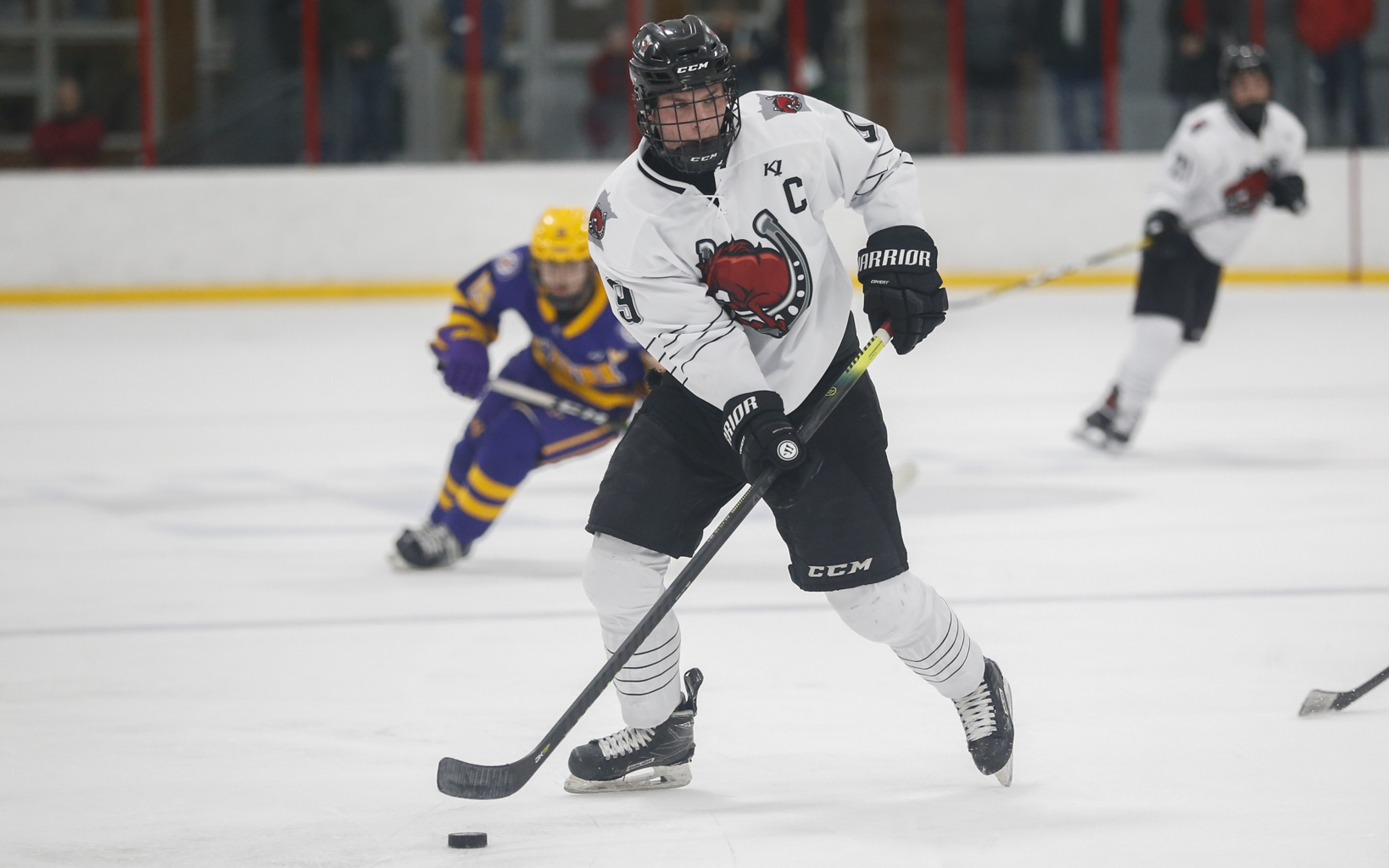 Stillwater's Ryan Roeske (9) brings the puck into the offensive zone against Cretin-Derham Hall Tuesday night. The Ponies fell to the Raiders 2-0. Photo by Jeff Lawler, SportsEngine