After slow start, Mahtomedi offense heats up to take down rival Simley

The Zephyrs' JD Metz and Adam Johnson each scored a goal to put away the Spartans. 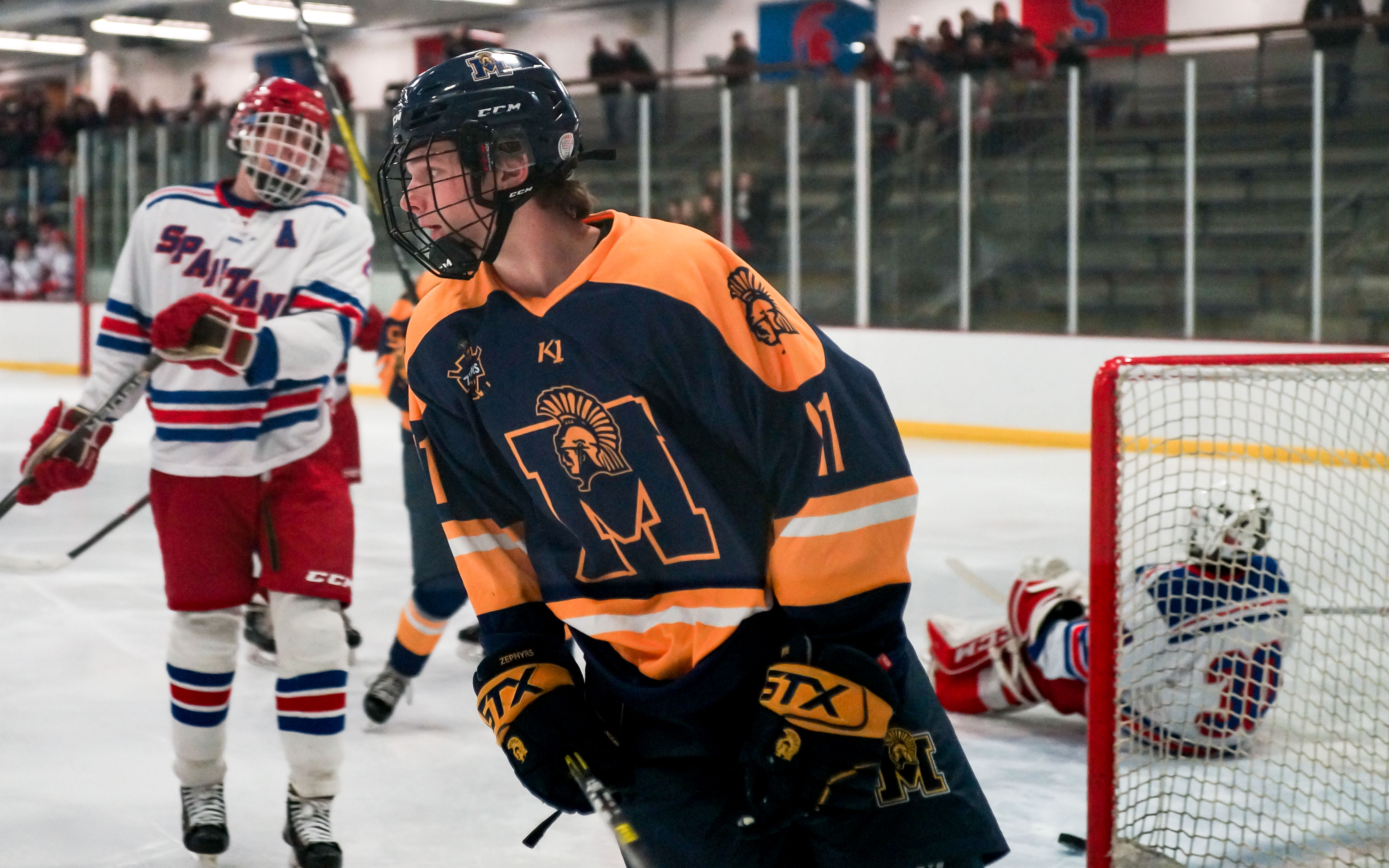 Most players are lucky to have one season as a qualifier for the state hockey tournament.

But for Mahtomedi, which has won three consecutive Class 1A, Section 4 titles, a significant portion of its roster has experience playing March hockey at the Xcel Energy Center in St. Paul.

The Zephyrs, ranked No. 6 in the Class 1A coaches’ poll, looked ready for another run at a section title in a 2-0 victory over rival Smiley in Inver Grove Heights on Tuesday. The win helps Mahtomedi (13-5-0, 7-2-0) keep pace in the crowded Metro East Conference standings with contenders like Hastings and Hill-Murray.

Simley (9-10-0, 2-5-0) goaltender Hunter Sandnas did his part in keeping the Zephyrs off the scoreboard for one period, making eight saves before the first intermission. However, with a goal by JD Metz in the second period, and an Adam Johnson tally in the third, Mahtomedi’s offense finally took over. 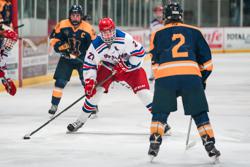 Players like senior Nikolai Dulak, who has been on each of the Zephyrs’ three consecutive section champion teams, already have some fond memories of those seasons playing in the Class 1A state tournament. Last season, the Zephyrs lost to Greenway 3-2 in overtime in the state semifinals but managed to win the third-place game with a 7-3 triumph over East Grand Forks.

"I feel lucky that it has happened to me," said Dulak, who picked up two assists against Simley. "I've done it with some of my buddies that I have played hockey with for more than five years, so it's really awesome."

Mahtomedi has veteran experience, but several of its opponents have stacked talent which makes repeating a challenge. Section foe Gentry Academy, for example, is ranked No. 7 in Class 1A and has 14 wins, and St. Paul Johnson, another contender, has 13 wins.

This year's Zephyrs, however, feel team chemistry has been a big plus for them.

"I think as a group we are maybe even closer; less negative energy and more positive energy," Dulak said.

Mahtomedi has talented players to go along with those positive vibes. Dulak, with 34 points, and Johnson, with 30, pace the offense with teammate Ethan Peterson trailing not far behind with 28 points.

With their scoring ability, and wealth of experience in big games, Mahtomedi coach Jeff Poeschl hopes his team has more big games in front of them this postseason.

"The state tournament is a great experience, and it is an experience," Poeschl said. "If you haven't been there, the lights can be a little bright and it can throw you off your game." 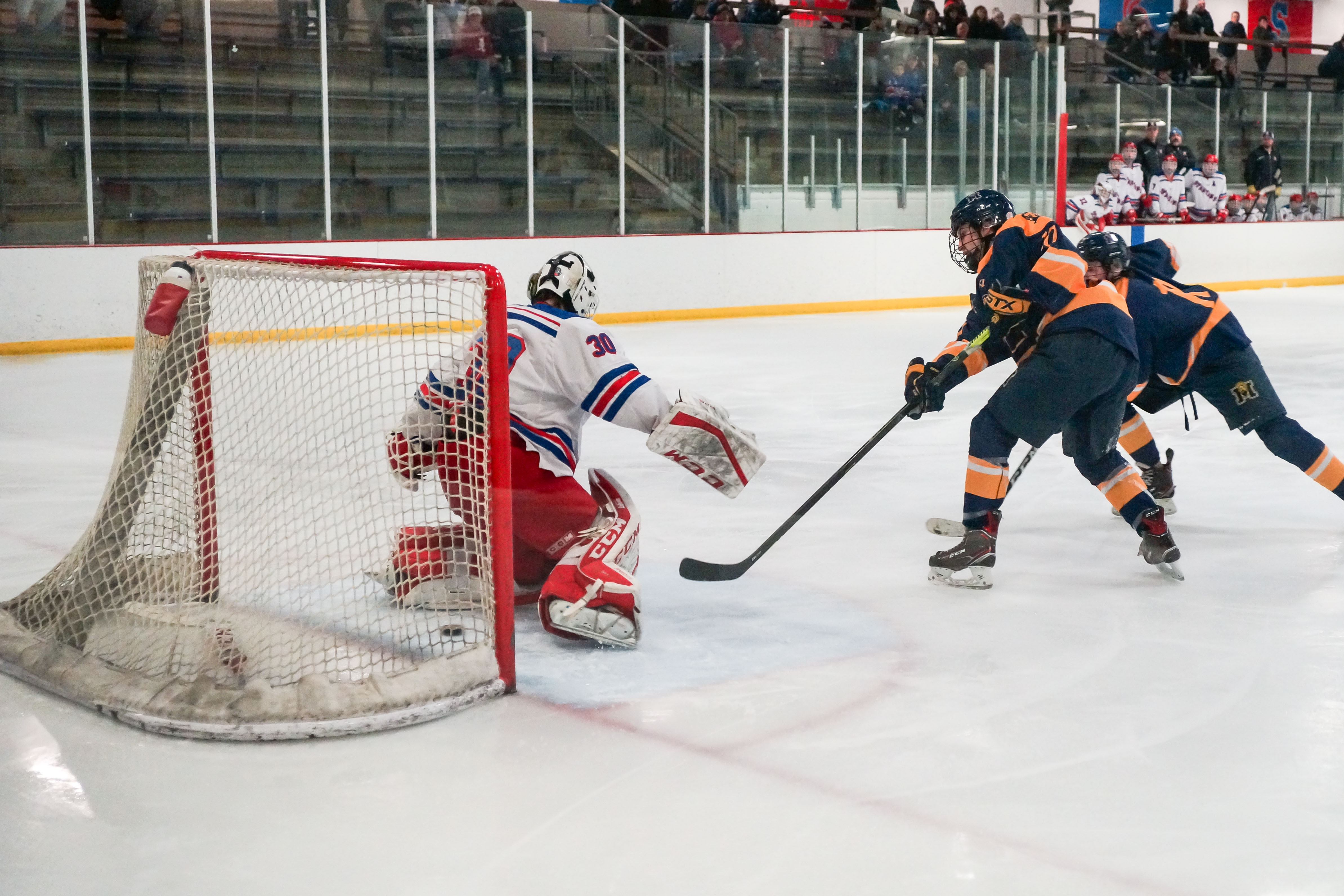 Adam Johnson (10) snuck a rebound past Simley goaltender Hunter Sandnas for the Zephyrs' second goal of the game. Photo by Korey McDermott, SportsEngine

It took a period for Mahtomedi to get going, but once it did the Zephyrs’ offense did plenty to notch a 2-0 victory over Metro East Conference rival Simley (9-10-0, 2-5-0) on Tuesday evening in Inver Grove Heights.

After a scoreless first period, the Zephyrs (13-5-0, 7-2-0) needed just 45 seconds for JD Metz to score, assisted by Nikolai Dulak and Tony Neubeck, giving the Zephyrs, ranked No. 6 in the Class 1A coaches' poll, a 1-0 lead on a rebound in the Spartans' zone.

Adam Johnson added a second goal for Mahtomedi with a third-period tally, which was assisted by Dulak.

Simley goaltender Hunter Sandnas made 23 saves in the loss, while Mahtomedi's Ben Dardis had 20 saves.