The Tigers' junior co-captain found redemption by converting a breakaway chance after he misfired earlier in the game. 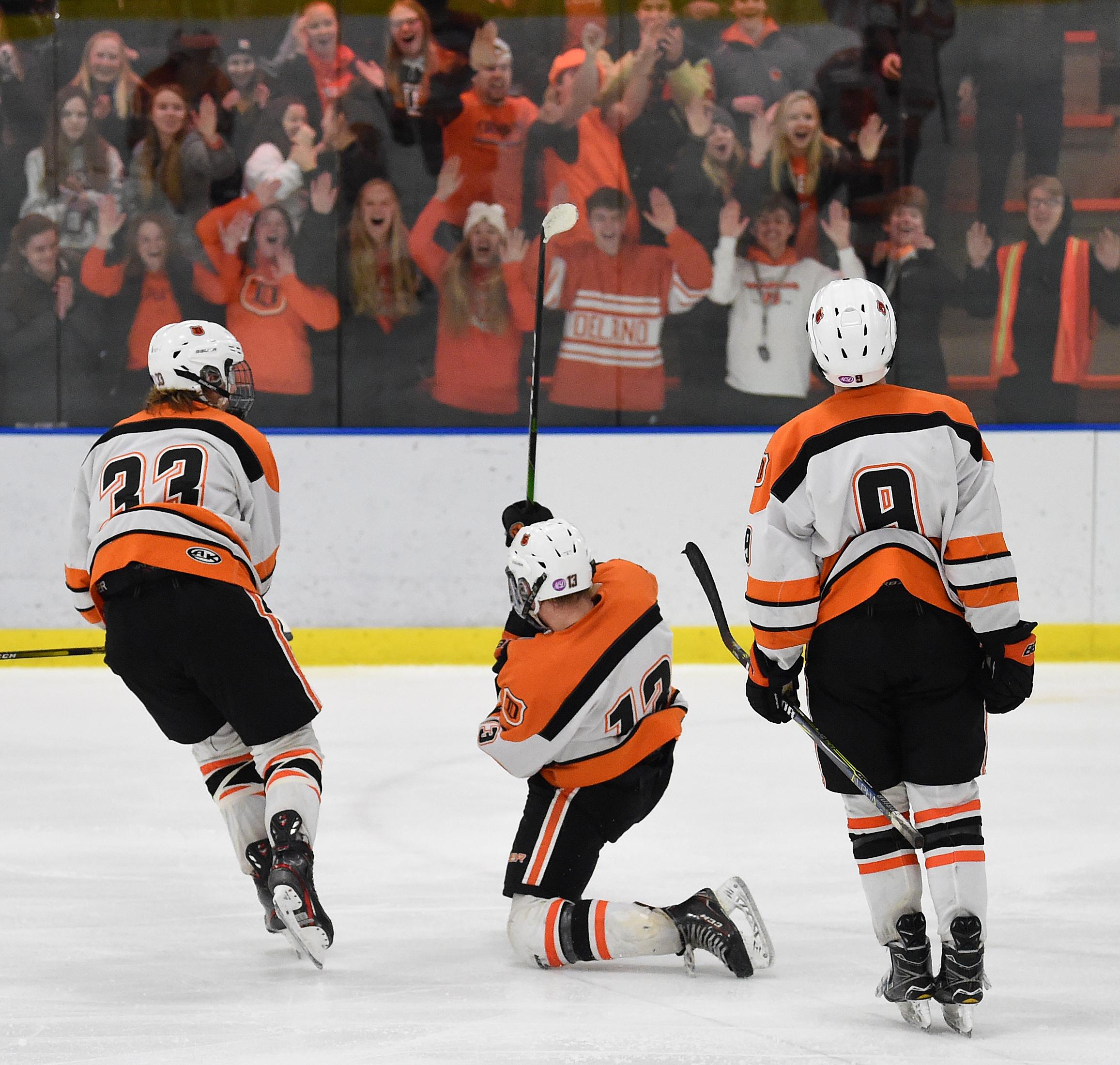 Blocked shots? Brown would throw his face in front of the puck if it meant preventing a goal.

Breakaways? Brown, a Delano junior, had a couple of those against Orono on Thursday, too. After being stopped on the first he willed his way to a second, stealing the puck at center ice and delivering the winning goal late in the third period of a 3-2 upset triumph over the Spartans (15-2-2, 6-1-1), ranked No. 4 in the Class 1A coaches’ poll.

“He can will his way to do most anything for us,” Delano coach Gerrit van Bergen said. “He’s so strong, every part of his body is just so strong.” 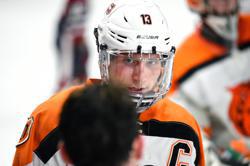 Brown’s passion for hockey was forged at a young age. The son of former longtime Delano coach Steve Brown, Adam has been a fixture at practices and games pretty much since he could walk.

An early season 5-1 loss to Orono served as motivation for Thursday’s rematch. Providing inspiration was a 4-3 overtime loss to No. 1-1A St. Cloud Cathedral on Jan. 9.

“Coming out of the Cathedral game we knew we could really keep up with a team like that,” Brown said. “We really wanted to win this one mainly because it is a big rivalry but also to show that we really can be the team that we want to be.

“It’s more proving it to ourselves than anything.”

Delano’s gritty, lunch-bucket style of play paid huge dividends for extended chunks of time in the third period, first when the Tigers were forced to kill a 5-on-3 Orono power play early in the stanza and then again for most of the closing minutes after Brown’s goal with 7:28 remaining. The stat wasn’t available after the game, but the Tigers (11-6-0, 5-2-0) had to have reached double digits in blocked shots in the third period.

“That’s just what you like to see, guys laying their bodies on the line, trying to do what mattered to pull that one out,” Brown said.

Delano goaltender Cade Lommel was the benefactor of all those blocks, and on the occasions when shots did get through he was there to make the initial save and snuff out rebound chances. He finished with 23 saves against the Spartans.

“One of our mottos is to trust the boys, trust each other,” Lommel said. “I think when I’m not able to see a shot coming through and they block that, that’s really huge for our team.”

So, too, was the victory over one of the Power Six Class 1A teams that have been fixtures at the top of the rankings all season. East Grand Forks, Hermantown, Mahtomedi, Orono, St. Cloud Cathedral and Warroad comprise the group that has rarely been challenged — much less beaten — by Class 1A teams outside of that dominating pack.

“We've had a lot of good, tight games against good teams lately,” Lommel said. “I think this is finally going to put us over the edge and make us have a great run of for the rest of the season.” 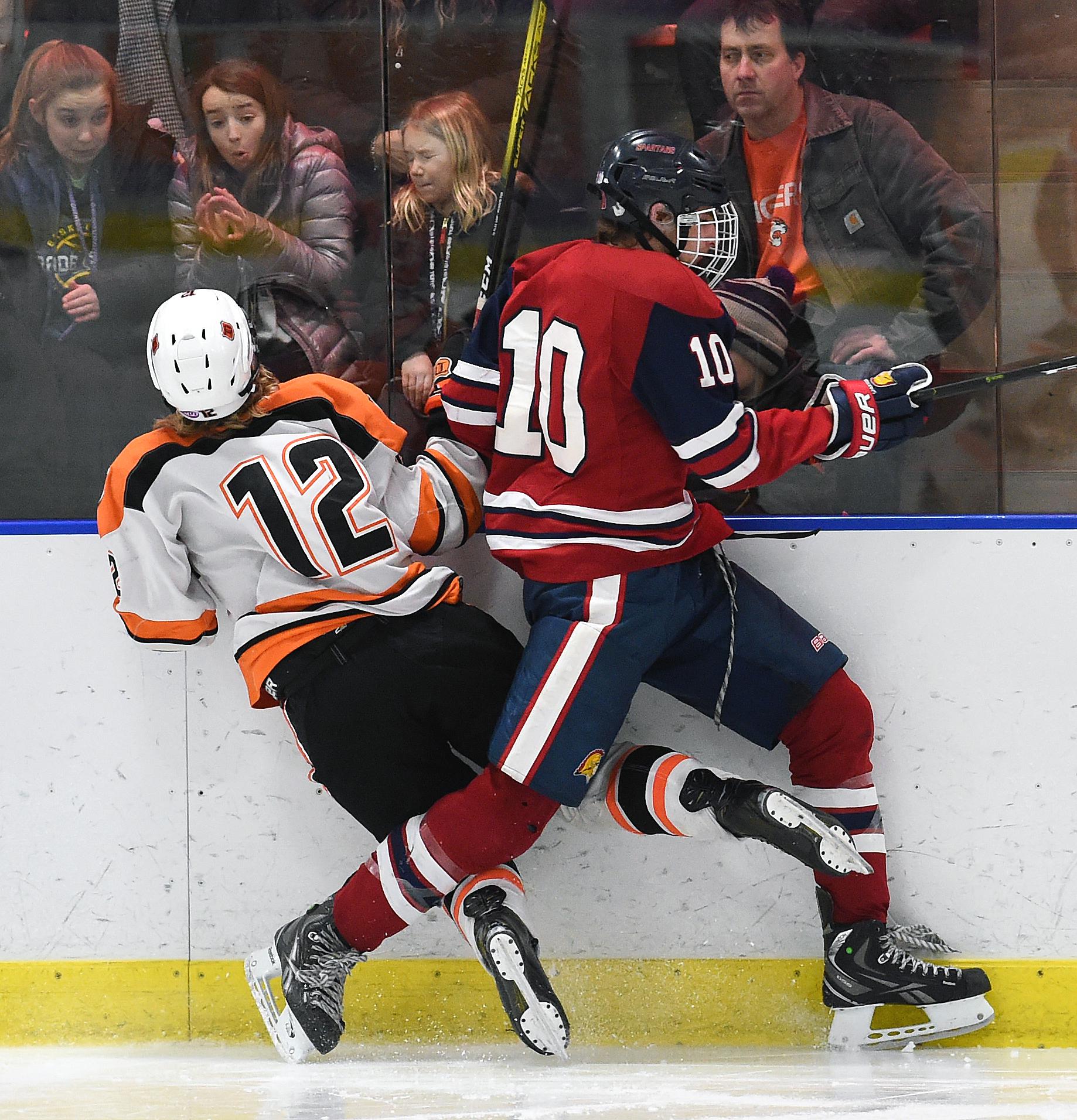 Delano's Gunnar Paulson was sent flying face first into the boards on a hit by Orono's Shea Anderson. Photo by Loren Nelson, LegacyHockeyPhotography.com

Brown stripped the puck from a Spartans defenseman in neutral ice then beat Orono goaltender Finn Grandy with a deke and five-hole shot. The goal came just 1:50 after Orono’s Nick Mohs-Messerli had tied the score at 2-2.

The loss was just the second of the season for Orono (15-2-2, 6-1-1) and its first in Wright County Conference play. The Spartans are ranked No. 4 in the Class 1A coaches’ poll. Orono beat Delano 5-1 on Dec. 12 in Orono in their previous meeting this season.

Delano (11-6-0, 5-2-0) became one of the few Class 1A teams to beat one of the state’s Power Six small-school programs (East Grand Forks, Hermantown, Mahtomedi, Orono, St. Cloud Cathedral and Warroad).

Trevor Oja gave Delano a 1-0 lead 27 seconds into the first period, and the Tigers never trailed. Mohs-Messerli tied it at 1-1 going into the first intermission, but an Oja power-play goal in the second regained the lead at 2-1 for Delano.

Grandy finished with 23 saves while Cade Lommel also made 23 stops, including several during a 5-on-3 Orono power play to start the third period. 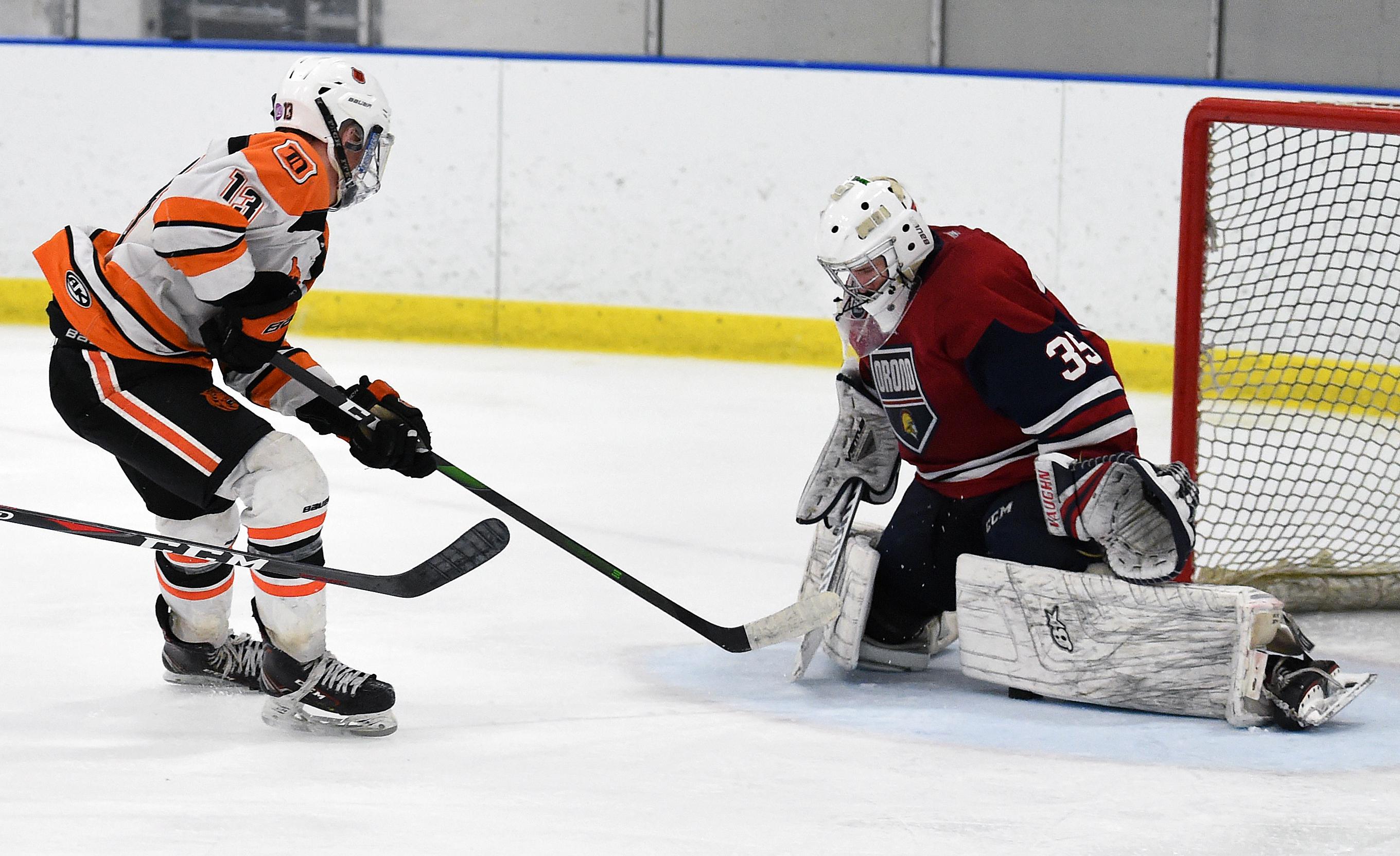