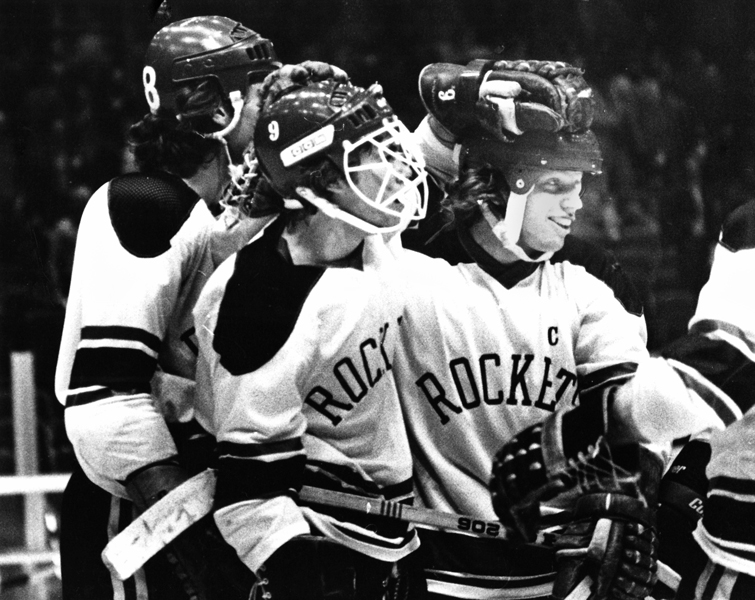 Think Jamaican bobsledding or Swedish basketball, and you get an idea where Rochester John Marshall fit in the state’s hockey hierarchy when the Rockets arrived in St. Paul for the 1977 state tournament.

A southern Minnesota school hadn’t qualified for the state’s showpiece event since Rochester High made four straight appearances starting with the first state tournament in 1945. For more than 30 years Rochester’s runner-up finish in 1946 was the crowning achievement for schoolboy hockey south of the Twin Cities.

“I think the thing that people didn’t realize is that in the era that we came through, we played against all the Bloomington schools and the Edinas and those guys,” said Scott Lecy, a John Marshall senior forward in 1977. “The state of Minnesota was surprised, but I don’t think we were all that surprised because we had played against all those teams coming up and had success.” 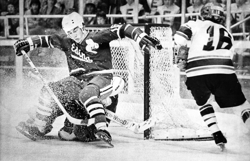 Duplicating Pee Wee- and Bantam-level victories in front of sparse crowds at community arenas is no guarantee when the stage is the cavernous St. Paul Civic Center and the attendance totals more than 17,000.

Lecy played on a prolific scoring line with his sophomore brother, Todd, and junior Bruce Aikens. The Lecys’ and Aiken’s fathers had played for the United States Hockey League’s Rochester Mustangs in the semi-pro, senior United States Hockey League. The USHL was one of the few post high school and college options for top-level players from Minnesota and throughout the U.S., and many Mustangs put down roots in Rochester after their retirement.

“We were just the offspring of the guys who were good players,” Scott Lecy said, noting that several other top Rochester players in that era were the sons of former Mustangs. “All those dads taught us right away at an early age the right and wrong way to play.”

Mostly, the Rockets got it right. They were 22-2-0 entering the state tournament, where they opened with a 4-1 triumph over Minneapolis Southwest. Lecy scored three of the Rockets’ goals as part of one of the highest-scoring seasons in state history.

“He was an incredible goal scorer,” Todd Lecy said. “He could just shoot – he had the knack. He would always say, ‘How wide is the puck? How much room do you need?’ ”

John Marshall slipped past South St. Paul 1-0 in the semifinals on a goal by Todd Lecy with 29 seconds remaining in regulation.

It was one of the rare occasions that season in which Scott Lecy was held without a goal.

“When (Scott) Lecy had the puck on his stick I would say, ‘Oh, no,’ ” longtime Rochester Mayo coach Lorne Grosso said. “I would watch him put the puck wherever he wanted it. 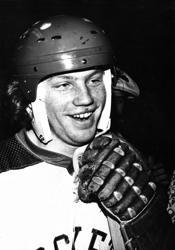 John Marshall needed an extraordinary performance if it was going to get past Edina East in the state championship game. Lecy, as always, delivered. He scored twice and had two assists in the Rockets’ 4-2 triumph. His goal just more than a minute into the third period proved to be the winner.

“We had a great power play,” Lecy said. “I watched the University of Minnesota run their power play and said, ‘This is what we need to do.’ I was just fortunate to have some incredible teammates.”

The state title for John Marshall, which also featured shot-blocking, shutdown defenseman Jeff Nelson and brilliant sophomore Paul Butters in goal, remains the only big-school championship for a team south of Burnsville.

The title was stunning even for Eric Strobel, the former Rochester Mayo star who grew up skating with the Lecys and most of the rest of John Marshall’s standouts on Rochester's outdoor rinks.

Strobel was on vacation – spring break during his freshman year at the University of Minnesota – when he heard the shocking news.

“Somebody told me John Marshall had won the state tournament,” Strobel said. “I said you have to be kidding me. I didn’t believe it.”

With Lecy pumping in goal after goal, the Rockets were capable of most anything.

“He was a sniper,” Strobel said. “He was a really smart player who could really shoot the puck.”

Lecy took his scoring touch to the University of Wisconsin, where he ranks fifth all-time in scoring with 210 points. He helped lead the Badgers to the 1981 national championship.

Lecy scored 56 goals in 39 games playing for the Nijmegen Devils in the Netherlands in 1981-82. He retired from pro hockey in 1983 and returned to Rochester John Marshall as the Rockets' head coach for five seasons before stepping down last spring.

He lives in Rochester and works as an agent for Elcor Realty.