Steve Christoff of Richfield earns Top 100 nod for his goal scoring, will to win 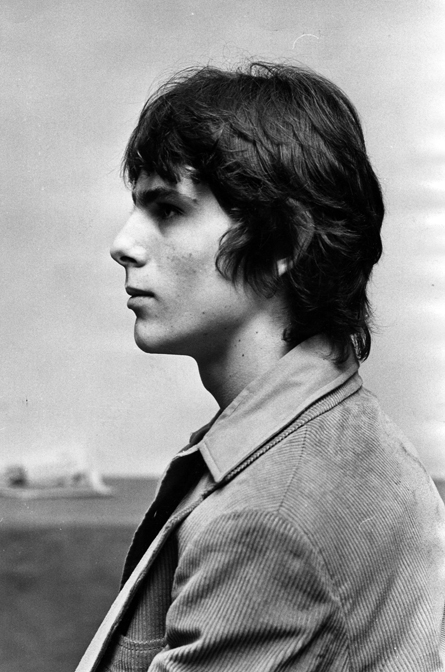 One of Dave Manley’s assignments as an assistant coach at Mounds View was to scout opposing teams’ games.

Mounds View was undefeated and mostly unchallenged in 1975-76, and the Mustangs were a lock to reach the state tournament. Back in those years, state quarterfinal matchups were predetermined, so the idea was to be fully prepared for that opening-round game.

“I remember telling (Mounds View head coach Tom Wegleitner) that (Steve) Christoff was the guy,” Manley said. “We have to be able to control him and let Robby (McClanahan) and company be able to work. 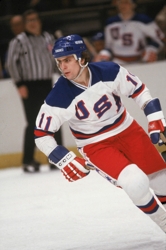 Steve Christoff was a member of the "Miracle on Ice" 1980 U.S. Olympic team. Courtesy photo

“He was scary,” former Richfield coach Larry Hendrickson said about Christoff. “He is probably the most competitive kid I’ve coached in my life, bar none.

“He would almost be hyperventilating on the bench when he rested, which was seldom.”

Beyond his obvious talents -- superb speed and wicked shot among them -- Christoff’s will to win was an intangible that was impossible to gauge. Mounds View also had a fiery, high-scoring senior destined for college and Olympic stardom in Rob McClanahan, and newspaper articles set the game up as Christoff vs. McClanahan. It might just as well have been a boxing title bout, complete with weigh-ins.

Christoff didn’t see it that way.

“My high school career was all about a number of fellow athletes, coaches and families that were together since childhood,” Christoff said in a text message. “All of us did not like to lose.”

In one of the most lopsided first periods in state tournament history, at least in territorial play, Mounds View outshot Richfield 21-3. Incredibly, the score was 1-1, with Christoff scoring the lone goal for the Spartans. 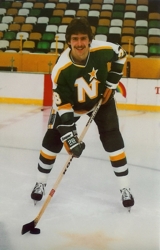 Richfield's Steve Christoff was playing for the Minnesota North Stars just four days after winning the gold medal at the 1980 Olympics. Courtesy photo

“Christoff was a brute,” former longtime Star Tribune hockey writer John Gilbert said. “He was a powerful, forceful skater who could just go through people.

“He also had this funny move where he would not only get around the defensemen, but it would throw off the goaltenders even. It was deceptive for goaltenders, even when he got to the NHL.”

Richfield’s Tom Szepanski scored twice in the third period, with Christoff assisting on both goals. Mounds View’s Jeff Lundgren scored with an assist from McClanahan with less than 2 minutes remaining to make it 4-3, and that’s how the game ended.

Christoff had a goal and an assist as the Spartans beat Bemidji 5-3 in the semifinals to earn a shot at northern powerhouse Grand Rapids, the defending state champion. Christoff scored twice and had an assist, but it wasn’t enough for the Spartans as they lost 4-3 in what remains the program’s lone championship game appearance.

Heavily recruited by the University of Minnesota and then-Gophers coach Herb Brooks, Christoff scored 38 goals in 43 games as a junior during the 1978-79 season. The Gophers won the national championship, and Christoff was selected by Brooks to play on the 1980 U.S. Olympic team that won the gold medal in Lake Placid, N.Y.

In an interesting bit of hockey triva, Christoff is the player who posed for the photographs used to sculpt the Hobey Baker Award given annually to the nation's top collegiate hockey award. Fifty skating poses were photographed and analyzed for the 16-inch high, 40-pound bronze trophy sculpted by Bill Mack of Bloomington.

Christoff joined the Minnesota North Stars four days after the Olympics and played 248 regular season games in the NHL from 1980-84. Christoff, who lives in the Twin Cities, retired from professional hockey in 1984 and works as a commercial airlines pilot.