Chaska upsets top-seeded Prior Lake in Class 2A, Section 2 semifinal

The Hawks are one win away from a state tournament berth after limiting the Lakers to just one goal Saturday. 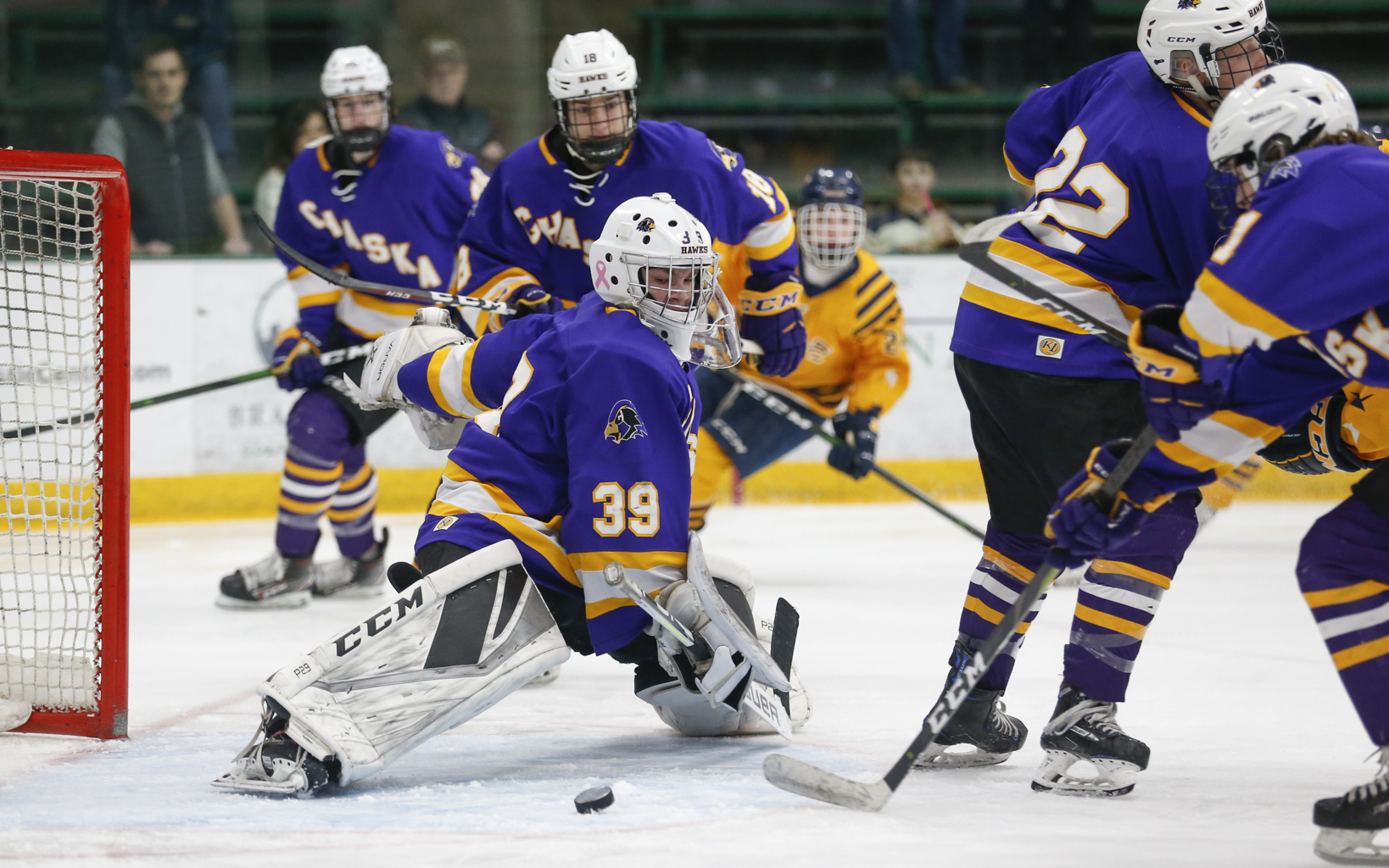 Chaska goalie Carter Wishart (39) lunges toward a loose puck as it slides across the crease during Saturday afternoon’s game against Prior Lake. Wishart had 19 saves in the Hawks' 4-1 victory over the Lakers. Photo by Jeff Lawler, SportsEngine

Prior Lake has its share of skill players, to be sure, but the Lakers also have a full compliment of bruisers — tough guys with nasty streaks and bad intentions.

“I had to tell these guys, ‘We are playing a man’s game today,' ” Chaska coach Dave Snuggerud said Saturday after his No. 4-seeeded Hawks upended No. 1 Prior Lake 4-1 in a Class 2A, Section 2 semifinal at Braemar Arena in Edina. “Because their team, they’re men. They’ve got these big boys, and they are men out there.”

To emphasize his point, Snuggerud, on the 40th anniversary of Team USA’s 1980 Miracle on Ice Olympic victory over the Soviet Union, channeled his inner Herb Brooks. 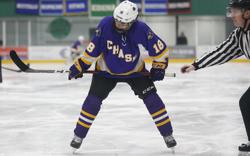 Photo Gallery: Chaska vs. Prior Lake

“I had to sell a little bit from the '80 Olympic team, on how we were the four seed,” Snuggerud said, playing up the underdog role. “I said in 1980 there was a group of young men who had to play a bunch of men, and that was the Russians.”

Snuggerud isn’t one to coach over-the-top physical play. On the contrary, he prefers a free-flowing, puck possession style that emphasizes creativity. Much the way Brooks, coach of the U.S. team in 1980, taught his teams to play.

“I just love when kids are dynamic and make plays and do things,” Snuggerud said. “Dumping it in is not in our playbook.”

But, at a certain point, offense can come at the expense of defense. Run-and-gun can only take a team so far.

After an 8-3 loss to St. Louis Park on Jan. 7, the Hawks’ third straight setback and sixth loss in eight games, Snuggerud had seen enough. A commitment to defense was forged. Shot blocking and rebound clearing trumped toe drags and saucer passes.

“We had a rough loss to (St. Louis Park), and that was really when he came to us and the whole team started to turn it around,” said Hawks senior forward Bauer Barry, who scored one of three second-period goals for Chaska on Saturday. “We can explode and score goals, but the way we have been winning is just shutting teams down in the D zone.”

“We learned we definitely have to be more competitive in the defensive zone,” said freshman Jimmy Snuggerud, Dave’s son.

Jimmy Snuggerud, who has 19 goals as a first-year varsity player, saluted the Hawks’ student section after scoring in the second period. He talked about the experience of playing in the deafening atmosphere inside Braemar Arena.

“I think it is crazy,” he said. “Both student sections are just chirping each other — there’s like 300 kids in each one. Then you’ve got all the other people watching.

Chaska moves on to play Eden Prairie in the section final at 8 p.m. on Wednesday at Mariucci Arena in Minneapolis. 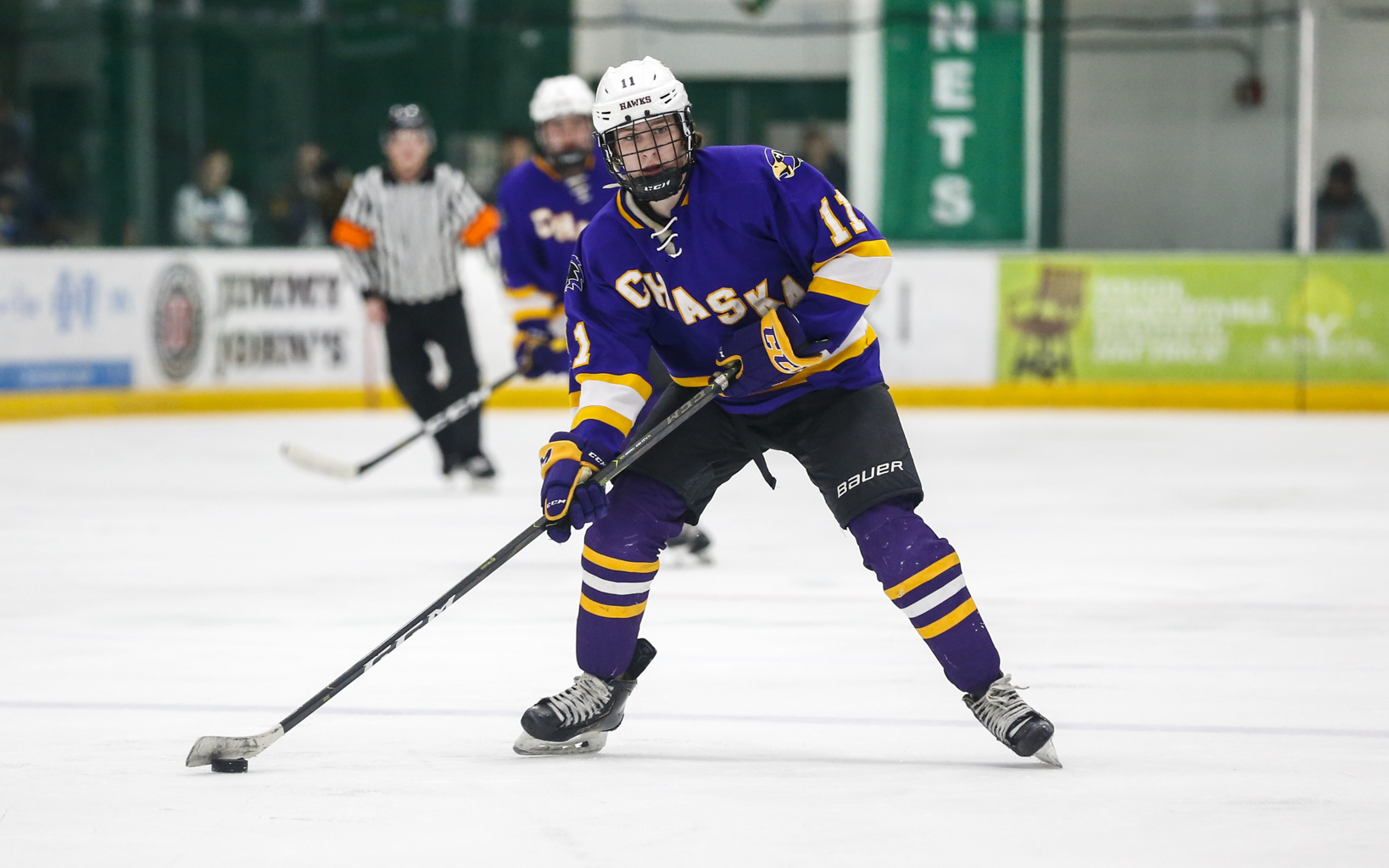 Chaska's Zach Seltun (11) looks for options on a power play against Prior Lake. Seltun had a goal and two assists in the Hawks’ 4-1 victory over the Lakers Saturday afternoon at Braemar Arena. Photo by Jeff Lawler, SportsEngine

Sophomore forward Zach Seltun had a goal and two assists as No. 4 seed Chaska scored three goals in the second period en route to a 4-1 victory over No. 1 seed Prior Lake in a Class 2A, Section 2 semifinal on Saturday afternoon at Braemar Arena in Edina.

Seltun assisted on freshman Jimmy Snuggerud’s goal that put the Hawks (16-9-2) ahead 3-1 with 6:02 left in the second period then scored an unassisted goal with 3:31 remaining to make it 4-1.

Prior Lake’s comeback hopes faded in the third period when senior defenseman Laz Kaebel was called for a five-minute major penalty for head contact with 6:38 remaining.

Burkholder scored the lone goal of the first period, connecting on a power play at 4:01. 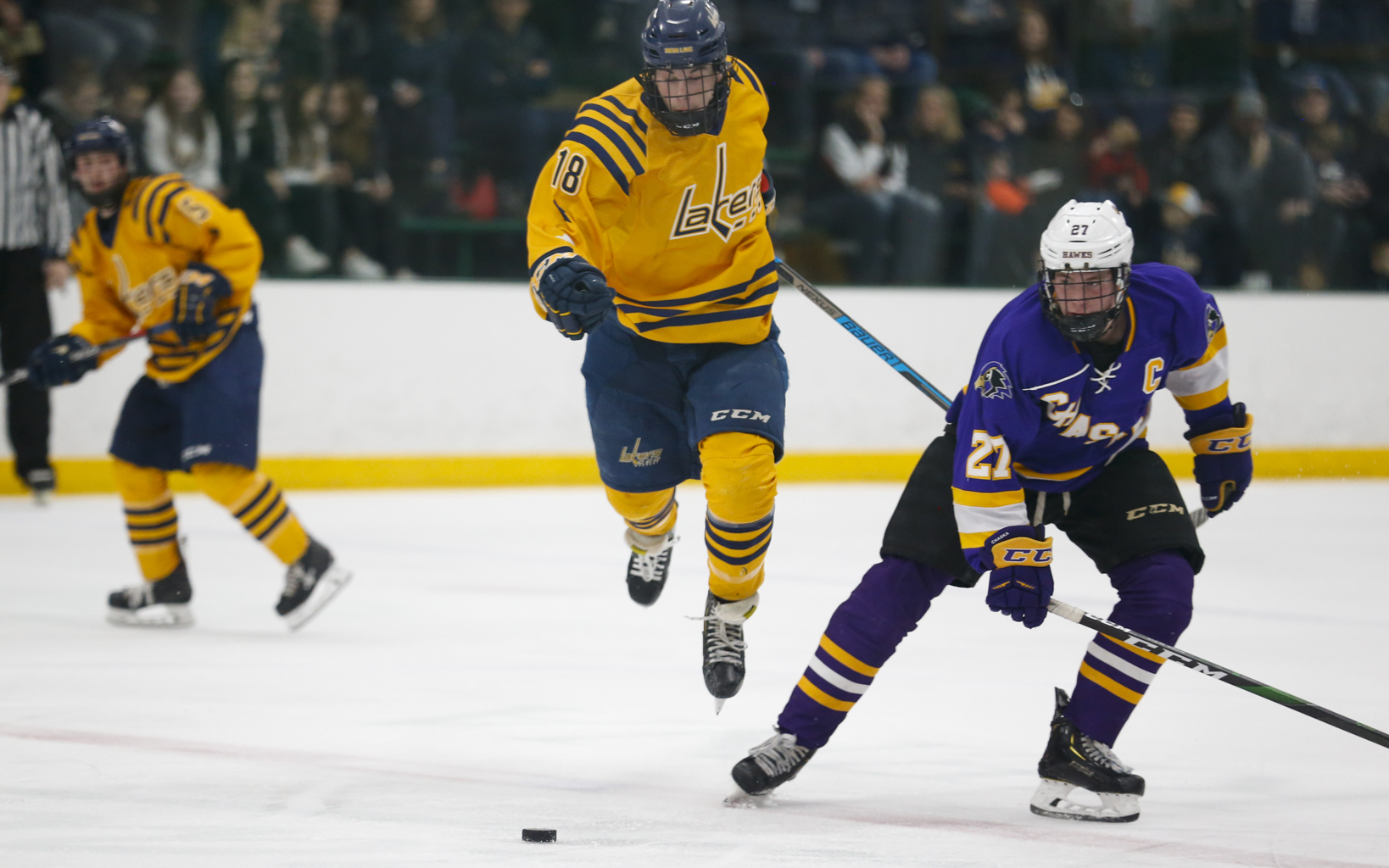 Prior Lake's Preston Lindholm (18) jumps around Chaska's William Magnuson (27) during the second period Saturday. The Lakers fell to the Hawks 4-1 in Edina. Photo by Jeff Lawler, SportsEngine