Eden Prairie gets just enough to get by Chaska

The Eagles broke a scoreless tie with three second-period goals and held off a late flurry for a 3-2 victory and a return to the Class 2A state tournament. 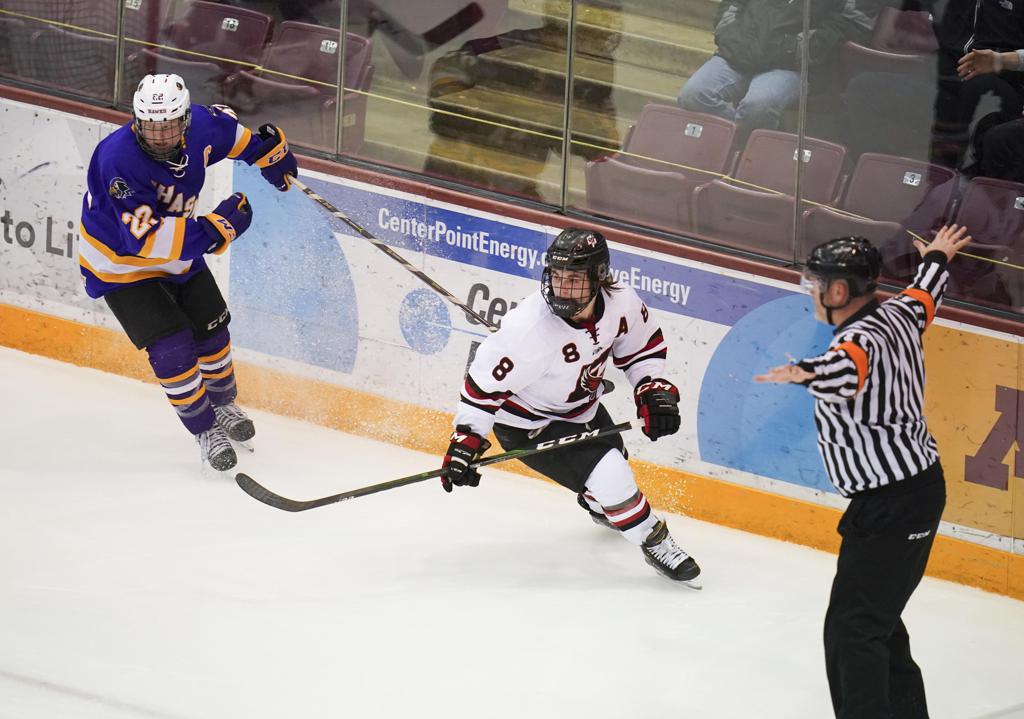 An official waved off a second-period goal by Eden Prairie's Drew Holt (8) that was later restored after review. Defending at left was Chaska's Calvin Barrett (22). Photo: JEFF WHEELER • Jeff.Wheeler@startribune.com

Moments after his players took their boisterous, shouting selves into the locker room, Eden Prairie coach Lee Smith joked, “Wish they would have had that much energy in the third. It got pretty hairy.”

The Eagles’ three-goal lead at second intermission barely held up in a 3-2 victory against Chaska in the Class 2A, Section 2 final Wednesday at 3M Arena at Mariucci.

“We tried to tell our kids that this thing wasn’t over,” Smith said. “But it’s hard to tell them when they are 17 minutes away from St. Paul. It’s hard to take a team out.”

No. 2 seed Eden Prairie (22-5-1), which defeated Chaska 5-4 in overtime on Dec. 27, got goals from Drew Holt (initially waved off), Jackson Blake and John Mittelstadt, the latter with 58.3 seconds left in the second period.

“That was the one that seemed like it as going to put us in a good spot,” Smith said.

“Give us another minute and I think we would have had that third one,” Hawks coach Dave Snuggerud said.

Three goals in the second period gave Eden Prairie just enough cushion in a 3-2 victory against Chaska in the Class 2A, Section 2 final.

The No. 2 seed Eagles (22-5-1), who defeated Chaska 5-4 in overtime on Dec. 27, was awarded its first goal a few minutes after the fact. Drew Holt’s shot, initially waved off, counted after all and the Eagles led 1-0.

Goals followed from Jackson Blake and John Mittelstadt, the latter with 58.3 seconds left in the period. Eden Prairie finished second at the state tournament a year ago.

No. 4 seed Chaska (16-10-2), playing in its first section final since 1996-97, got late third-period goals from Jimmy Snuggerud and Calvin Barrett. The Hawks rode an 11-1-1 surge into Wednesday’s game at 3M Arena at Mariucci. 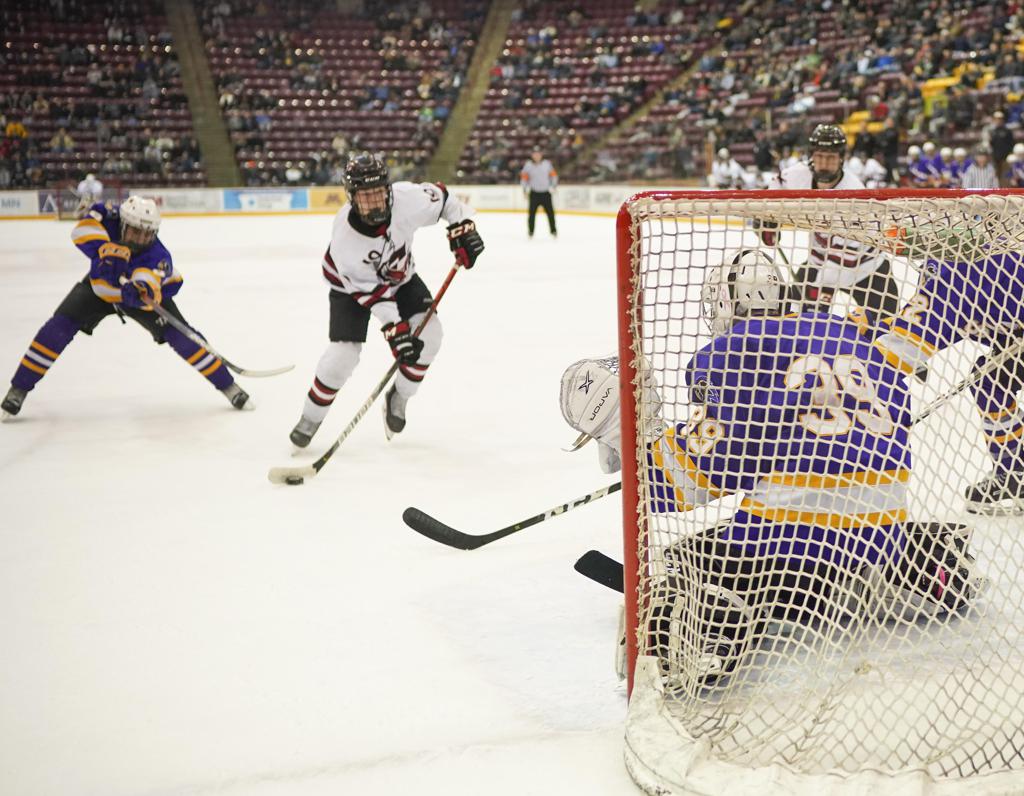