The seeding for the Class 2A and 1A state tournaments reflects considerable parity among teams, on the heels of a tumultuous regular season for top-ranked teams. 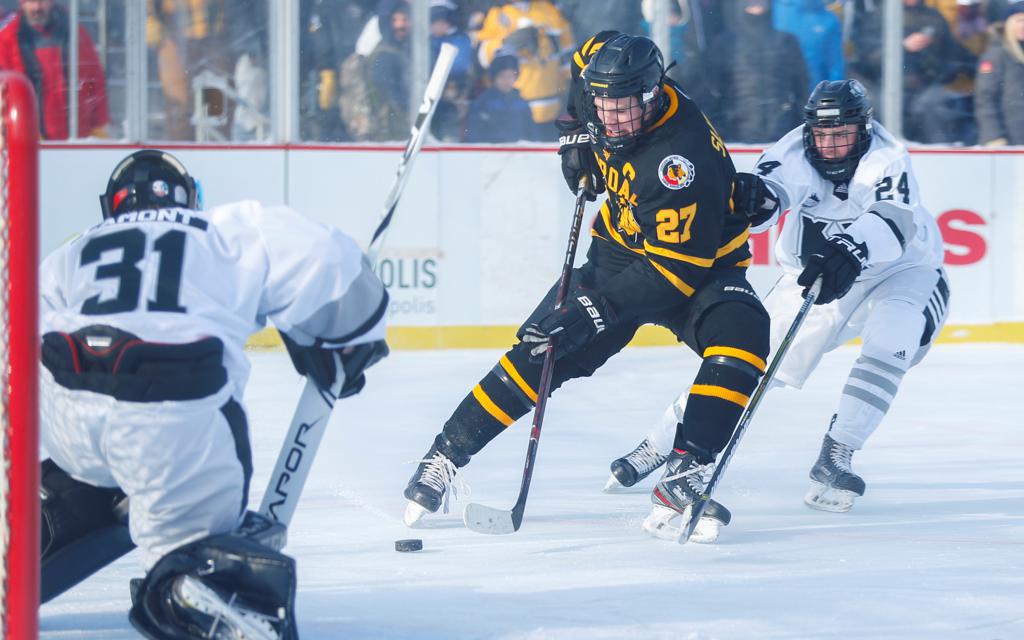 It’s almost too bad the boys’ hockey state tournament seeds are chosen through electronic voting. Because the parity-filled brackets in both classes this year would have made for some inspired coaches’ presentations.

“You could move any of the top three teams in our class around,” said van Bergen, who also thought his team had “a legit chance at being the No. 4 seed.”

Hockey observers have seen this coming throughout a tumultuous season for favored teams. Class 2A teams played hot potato with the No. 1 ranking throughout the season.Uncertainty continued in the section playoffs, where two top seeds were eliminated.

In addition, the results of regular season games played between state tournament qualifying teams didn’t provide clear answers. Hill-Murray went 4-0-1 against the Class 2A field, yet took the No. 5 seed behind No. 3 Eden Prairie, which posted a 0-2-1 tournament field record. Moorhead, a team the Pioneers recently defeated, received the No. 4 seed. Hill-Murray also defeated No. 2 seed Blake.

But then, a coach’s voting logic is all his own. On Saturday morning, each head coach cast electronic votes for the other seven qualifying teams. The highest and lowest votes for each team were excluded and the five teams with the lowest overall scores were awarded seeds. The remaining three teams were placed by blind draw.

“On paper, this is a competitive tournament,” Manney said. “As a fan, I’d be excited to go. I think the seeding turned out the way it should. But if the higher-seeded teams lose, it shouldn’t be a real surprise.”

“What’s super exciting for me to see is the Class 2A teams and the traditional elite teams in 1A playing each other more often during the season,” van Bergen said.

Even the unseeded teams in Class 1A offer reason for anticipation. Mankato East and Monticello have made recent state tournament appearances and won’t be easy outs.

“And Hutchinson is good, too,” said van Bergen, whose Delano team pulled out victories by 2-1 and 3-1 scores in two meetings this season.

“There’s a lot of excitement for this group of teams,” van Bergen said. “I don’t think you’ll see any blowouts.”