If not for failed physical, Top 100 pick Doug Woog of South St. Paul might have been hoops star 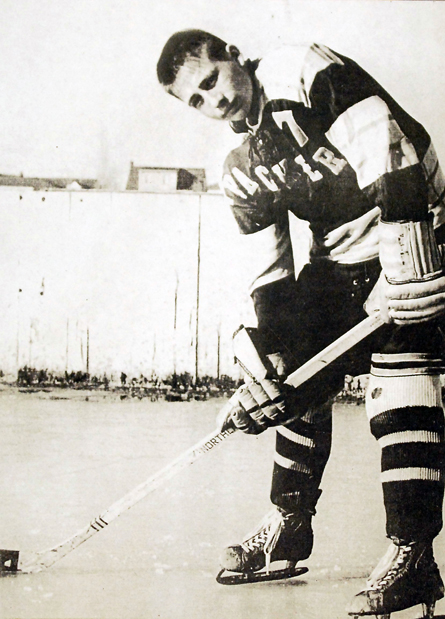 South St. Paul's Doug Woog was a sophomore during the 1959-60 season. Courtesy photo

Doug Woog tried most every sport as a kid, but by the time he reached middle school he was certain his athletic future would be carved on the hardwood.

“Our family used to go to all the basketball games at the high school,” said Woog, who grew up just a few blocks from South St. Paul High. “Those games were a big deal.”

Woog was taking a routine physical as a seventh-grader when it was discovered he had a heart irregularity. Because of his condition, he wasn’t allowed to play on his middle school’s basketball team that winter.

The next best option was hockey, even if Woog wasn’t yet sold on the sport.

“We didn’t have anybody in our family who played hockey, with the exception of my uncle who was a good skater,” Woog said “But I never even saw him play.” 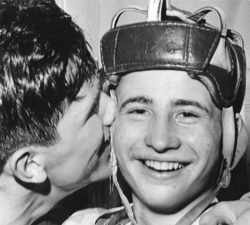 Woog spent the winter playing pick-up games at the local rink. He liked that he could play whenever he wanted -- basketball required an open gym or a connection to someone who had the key to the school. There were no such limitations during hockey season.

Hockey had its advantages over football and baseball, too.

“With hockey if you had two guys that was enough to get a game going,” Woog said. “Also knowing that you were kind of at the mercy of the weather made you want to get out and play as much as you could.

“There weren’t many indoor rinks back then.”

Woog made South St. Paul’s varsity as a 5-foot-6, 140-pound freshman during the 1958-59 season. The Packers reached the state tournament in 1959, and Woog remembers being treated like royalty.

“It was such a special event,” said Woog, who has never encountered heart problems since that one failed physical. “Even though it was young – it was in its infant stage a little bit – it was catching on.

“I remember all the fanfare. They would escort you to the city limits with the fire engines and squad cars. It was a pretty big thing for South St. Paul.”

The precocious Woog made a memorable debut on the state’s biggest stage. He scored 31 seconds into the third period in South St. Paul’s 1-0 victory over Minneapolis Patrick Henry.

Woog scored two goals in the Packers’ 6-5 double overtime loss to Minneapolis Washburn in the semifinals. He added another goal in South St. Paul’s 3-2 loss in the third-place game and was named to the 15-member all-tournament team.

Woog would make three more state tournament appearances with the Packers, finishing with 19 points -- including 12 goals -- in the 12 games. 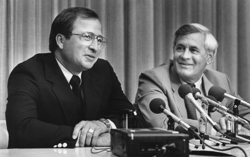 South St. Paul’s best finish during the Woog era came in 1961, when the Packers lost 1-0 to Roseau in the championship game.

“I missed some chances, especially in the first period of that game,” Woog said. “I remember coming in from the right side and shooting wide and thinking, ‘No big deal, we’ll get a number of those chances.’

“Pretty soon the clock started winding down. When you are winning the time goes slow, and when you are losing it flies by.”

Woog, who was also a star running back for the Packers, is one of just 12 players to have been named to the all-tournament team three times.

“He wasn’t very big, but he had good speed and a lot of moves,” said Bruce Larson, Woog’s linemate for 15 seasons at the youth, high school, college and international levels.

With Larson shouldering the brunt of the defensive duties and doing most of the toughest digging in the corners, Woog was free to drift to open ice. When he was fed the puck, Woog wasted little time in dancing around opposing players on his way to the goal.

Woog wasn’t known for having a bazooka shot, partially because he rarely needed to unload from long range. Woog’s ability to weave through traffic and deke goalies out of position led to a high percentage of “easy” goals.

“I would say he was a much better defensive player,” Woog said about Larson. “Maybe a better shooter, too. He was more of an up-and-down guy. He took care of his defensive responsibilities.

“When you score, you get more of the accolades. He and I understood each other very well.”

Woog, who was 5-8, 155 pounds as a senior, picked Minnesota over North Dakota coming out of high school. He was a co-captain and top scorer for the Gophers by his senior season, when he was named an all-american.

Woog, who played briefly for 1967 U.S. national team at the world championships, began his coaching career in 1971. He returned to South St. Paul as head coach in 1977 and guided the Packers to three state tournaments in his six seasons.

The University of Minnesota hired Woog in 1985, and he guided the Gophers to a 389-187-40 record and six NCAA Frozen Four appearances in his 14 seasons.

Woog, who is retired from coaching, works as a television analyst for Gophers games for Fox Sports North. 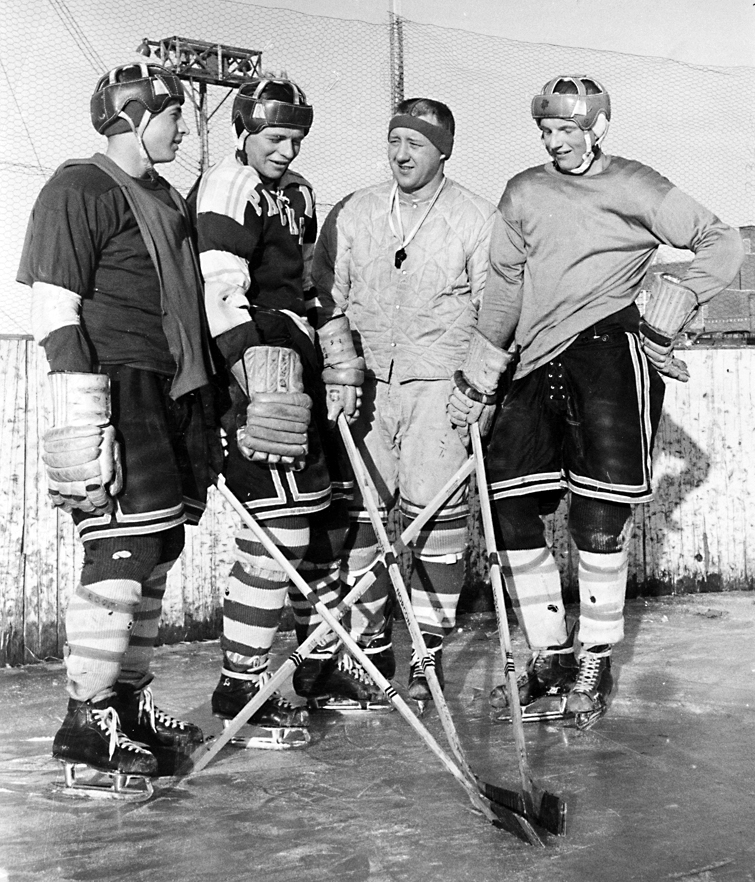