From attendance to better teams and more competitive games, the small-school tournament once derided as the “junior varsity’’ is thriving. 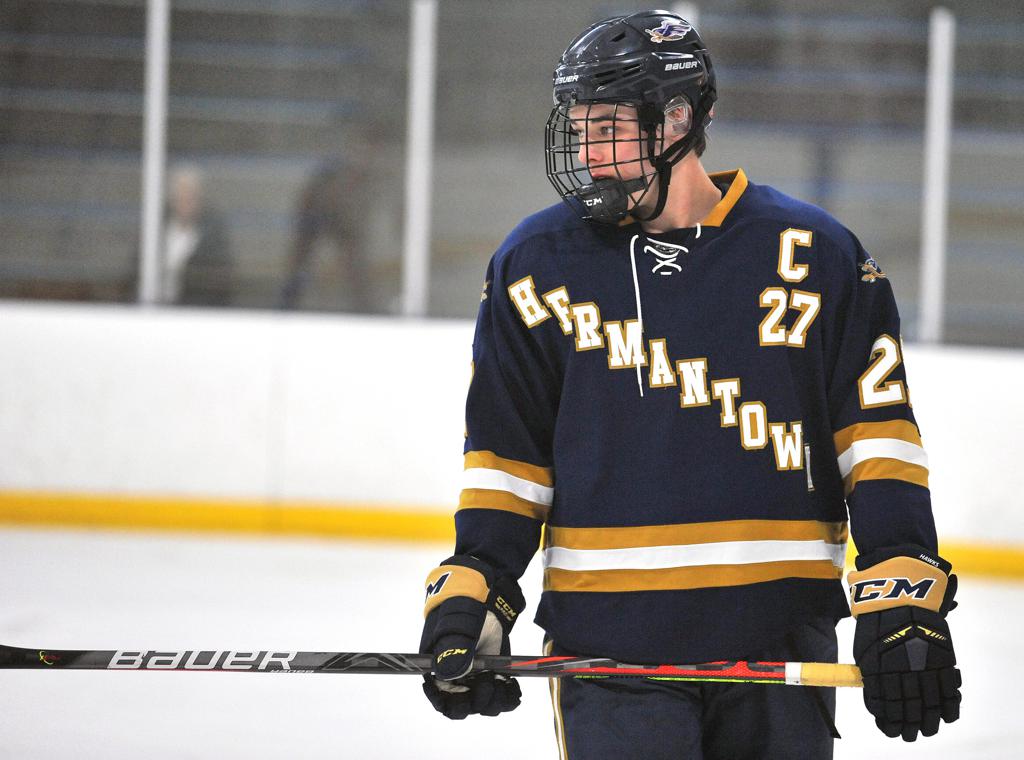 Twenty-eight years after one of the most controversial and divisive changes in boys’ high school hockey history, Class 1A hockey isn’t just surviving. It’s thriving.

There’s a stick bag full of evidence to suggest a golden age for small-school hockey. There are more top-end players and teams, and state tournament games are more competitive. In recent years crowds have been 50% larger than those from the tournament’s early years.

“I had a friend of mine say he went to more single-A games than he did double-A games last year, and you usually don’t hear people say that,” Warroad coach Jay Hardwick said. “I think we’re building something great.”

Mandated by state law to create a two-class state tournament in May 1989, the Minnesota State High School League worked with the state coaches’ association to create a two-tier system. Teams were grouped based on perceived competitiveness as voted on by coaches.

Begun in 1992, it lasted two years. In 1994, the enrollment-based, two-class system began and remains in place today.

This year’s Class 1A tournament is one of the most anticipated in the event’s history. The top four seeds — No. 1 Warroad, No. 2 St. Cloud Cathedral, No. 3 Hermantown and No. 4 Mahtomedi — each have defeated at least one team in the Class 2A tournament this season.

Of the 10 finalists for the Mr. Hockey Award given to the state’s top senior, three hail from 1A programs: Warroad’s Grant Slukynsky, St. Cloud Cathedral’s Blake Perbix and Hermantown’s Blake Biondi. Warroad’s Jayson Shaugabay is the state’s top freshman scorer.

Biondi, a projected early round NHL draft pick, is widely considered one of three Mr. Hockey front-runners along with Cretin-Derham Hall’s Matthew Gleason and Andover’s Wyatt Kaiser. The last winner from a Class 1A team was Red Wing’s Johnny Pohl in 1998.

“He is a man among boys,” Hermantown coach Pat Andrews said of Biondi, who has committed to Minnesota-Duluth and turned down offers in two consecutive years to attend USA Hockey’s prestigious National Team Development Program.

“His wrists are as big as my ankles,’’ Andrews said. “He fights through double- and triple-teams every game, and he has matured into a terrific playmaker as well as a goal scorer.”

Talking Preps podcast: What scares coaches most, and more on the hockey tournament

Andrews said Biondi’s stature is such that kids routinely line the glass at Hermantown’s arena just to watch him practice, then beg for his stick — settling for an autograph afterward.

Slukynsky is equally revered in Warroad. St. Cloud Cathedral’s forward trio of Nate Warner, Jack Smith and Blake Perbix is arguably the best in the state regardless of class. This season the Crusaders registered one of the most impressive regular season victories for a Class 1A team in recent history when they knocked off Andover — No. 1-ranked and No. 1-seeded in the Class 2A tournament — 2-1 on Jan. 7 in Andover.

Warroad defeated Moorhead, the Class 2A tournament’s No. 4 seed and Hermantown beat No. 5 Class 2A seed Hill-Murray. Mahtomedi, which plays in the Metro East conference with Hill-Murray and unseeded Class 2A entrant St. Thomas Academy, defeated them both in the regular season.

“You can’t tell me — single-A or double-A — is different in any way when it comes to those top teams,” said Biondi, who also helped the Hawks defeat Class 2A power Wayzata. “When we’re playing Cathedral or a team like that, there’s really no difference to when we’re playing the bigger schools.”

St. Cloud Cathedral senior Mack Motzko played his youth hockey in St. Cloud and was a Cathedral standout before transferring to Minnetonka for his junior season. He played for the Class 2A Skippers last winter and rejoined the Crusaders this fall. Like Biondi, he says the teams in the upper echelon of Class 1A and 2A are all equally good.

“They are all really competitive hockey games,” said Motzko, the son of University of Minnesota men’s hockey coach Bob Motzko. “The only difference is, if you are looking at lineup cards, Andover and Wayzata run three or four lines consistently while the better single-A teams run two lines and throw in a third every now and then.”

“There’s no comparison to Class A hockey in the present to what it was. Every year it has been ticking up.”

Derisively called the “junior varsity” tournament by some observers, it drew sparse crowds in the early years. Attendance was consistently in the low 20,000s — even lower some years — compared to the 80,000 or more fans typical for the three days of the Class 2A event.

“You are not seeing those 11-0 and 11-1 quarterfinal round that you used to see,” Mankato East coach Adam Fries said.

He noted that in 2017, unseeded Monticello/Annandale/Maple Lake and Northfield engineered stunning upsets over the No. 2 and 3 seeds (Delano and Mahtomedi). Luverne, also unseeded, took longtime powerhouse and No. 1 seed Hermantown to double overtime in the quarterfinal.

“Class A guys are starting to get more of a belief of, “If we get there, we can win it,” Motzko said.

A record 32,607 fans attended the 2017 tournament, capped by Hermantown’s 4-3 double-overtime victory over tournament darling MAML. Last year Greenway, the beloved program from the north, had fans buzzing with excitement as it reached the championship game before losing 5-2 to Cathedral. Attendance topped 30,000 for the third consecutive year, the first time that has happened in Class 1A tourney history.

“I bet you that semifinal (Friday) there will be 12 to 14 thousand people there that day,” Motzko said. “That would be crazy, but I could see it because with the class A schools in the tournament there are so many great players that fans want to see.”