The junior defenseman, who has verbally committed to Minnesota-Duluth, was dominant in stopping St. Cloud Cathedral. 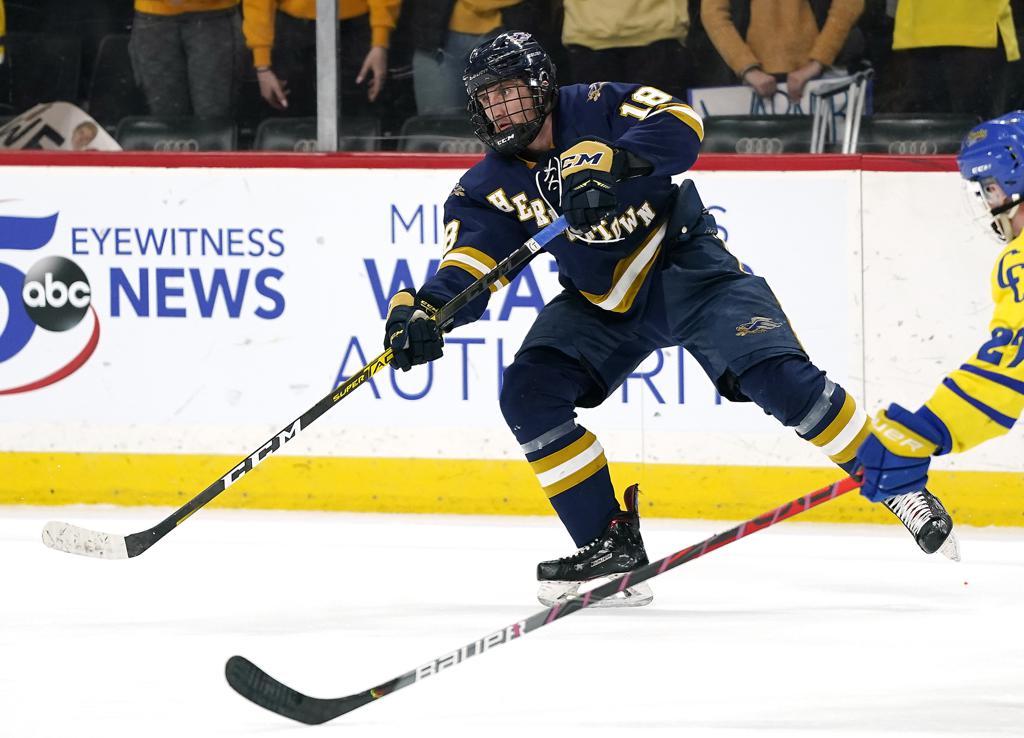 He went by a different name Friday during the Hawks’ 6-2 victory, one in which Cathedral’s high-flying foursome of forwards struggled to gain altitude.

“One of our assistant coaches said he’s our X-factor,” Andrews said. “That was it. Our lines actually played them pretty even, and Joey was the X-factor because they couldn’t account for him.”

Pierce, who has verbally committed to Minnesota Duluth, is no mystery man. But he isn’t always the first Hermantown player associated with the team’s success. Credit typically starts with senior forward Blake Biondi, a Mr. Hockey Award finalist.

Andrews said “it’s 1A, 1B” in terms of Biondi and Pierce and their importance.

Cathedral coach Derrick Brown made his vote known Friday afternoon. He said he told Pierce “after the game that he’s their best player. I was really impressed by him. Just an outstanding hockey player. I thought he was the difference. We could not generate offense when he was out there.”

“I was super excited about it,” Pierce said. “I knew today that I had to play defense first and the offense would come.”

Offense didn’t come for the Crusaders’ typical scoring leaders. Perbix, Smith and Warner combined for one goal and two assists.

“We didn’t give them much tonight,” Andrews said. “I knew we would get our goals. It was just a matter of shutting them down, and I think we did a pretty good job of that.”

Brown said Pierce “does everything for them. Numerous times, he killed us in the neutral zone. Our guys who are used to making plays, he took them out of the play. The blues were his. He kept pucks in.

“We literally had to change things because he was not going to allow us to do some of the things that we wanted to do,” Brown said. “And he’s only a junior. What a scary thing.”

“He does not look like a high school junior,” Brown said.

Beyond playing shutdown defense, Pierce added two assists and a goal, the latter a rebound from just outside the crease to give Hermantown a 4-2 lead in the third period.

“He’s a beast,” Biondi said. “He’s a heart-and-soul type of guy. He’ll do anything to win. Today he was blocking shots and came up clutch with a big goal.”

Pierce has 16 goals and 39 assists heading into Saturday’s championship game against Mahtomedi.

“He’s been overlooked by some other names,” Andrews said of Pierce’s place among the state’s top defensemen. “I wouldn’t start a team with any other defenseman than Joey Pierce, I’ll tell you that much.”