Charlie Strobel scored twice for the fifth-seeded Pioneers, who skated to a 4-1 victory and left yet another opponent marveling about their determination. 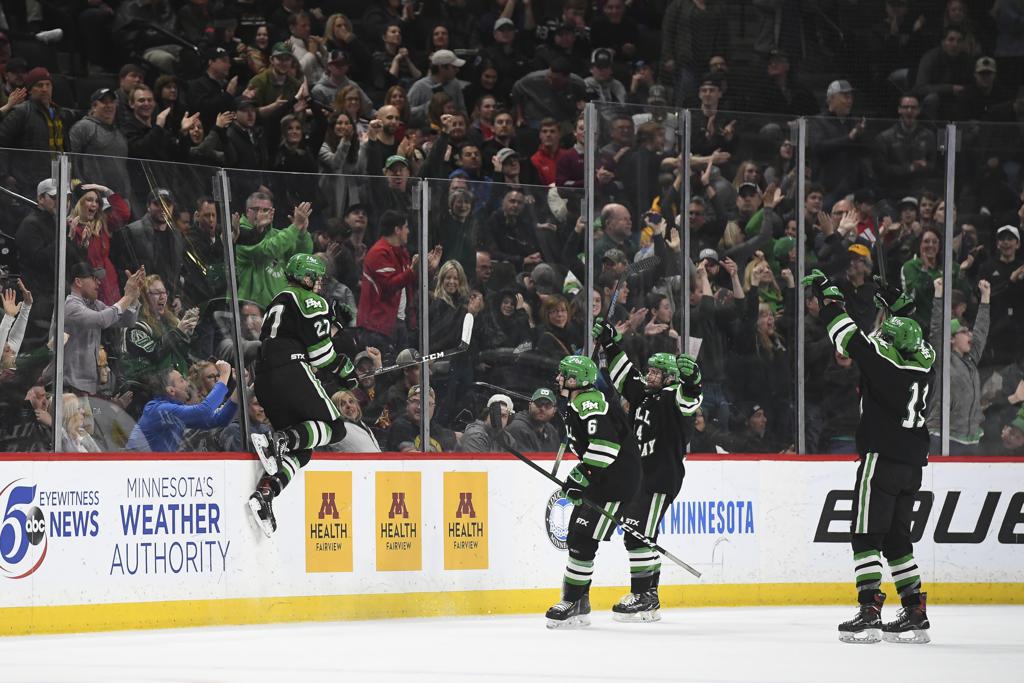 They came in green and black waves, different sizes and skills but a shared determination.

The Hill-Murray Pioneers, overlooked as the lowest-seeded team coming into the Class 2A state tournament, simply outworked all comers. A 4-1 victory against Eden Prairie on Saturday left a third opponent in as many days using the same word to describe Hill-Murray.

“That’s a great thing to hear, especially from opponents,” senior forward Charlie Strobel said. “Our goal has always been to be relentless with the puck. Just give it our everything. We might not be the most talented team out there but we’re going to work the hardest.”

Strobel scored twice and personified his team’s unrelenting style after the game by inadvertently jumping over his team’s victory pile and into the net. The celebration capped the Maplewood private school’s fourth state title and its first since 2008.

Illness threatened No. 5 seed Hill-Murray’s chances to win even before puck drop. Junior defenseman Joey Palodichuk, a Star Tribune all-metro third team selection who made a verbal commitment to Wisconsin, was scratched from the lineup due to mononucleosis.

Assistant coach Pat Schafhauser, who coaches the defense, got the news about 3 p.m. Saturday. He said his confidence in the unit never faltered.

“The past few weeks we’ve had some injuries to other defensemen, so we were not uncomfortable rotating five defensemen,” Schafhauser said. “Although losing Joey is a huge adjustment. But the other guys stepped up.”

Defenseman Matthew Fleishhacker went first. A shorthanded Hill-Murray team received the game’s first power play and made good on the opportunity. Fleishhacker’s 10th goal of the season put the Pioneers (22-6-3) ahead 1-0 at first intermission.

Moreover, the entire team sent a message with an inspired brand of hockey No. 3 seed Eden Prairie (24-6-1) couldn’t match.

“They played like they wanted it more,” said Eagles’ assistant coach Paul Ranheim, who took postgame questions because head coach Lee Smith was “a little dizzy” due to high blood pressure and stayed in the locker room. “Their legs were moving and we got behind. We chased and chased but couldn’t find our momentum.”

Smith later wrote in a text message, “Hill-Murray deserved it.”

Hill-Murray kept rolling in the second period. Senior forward Owen Quast corralled the puck near the red line and headed for the Eden Prairie zone. His shot whizzed over goalie Axel Rosenlund’s stick and put the Pioneers ahead 2-0 at 3:46 of the period.

Later in the period Strobel tightened Hill-Murray’s grip on the Eagles with a play combining his great skill and determination. He maneuvered around defenseman Mason Langenbrunner, then continued behind the net before depositing a wrap-around goal from the backside. Hill-Murray now led 3-0 with less than two minutes to go in the period.

“They were sustaining pressure on us,” Ranheim said. “They were strong and simple.”

An Eden Prairie team seeking to redeem last season’s overtime loss in the championship game got a boost from senior forward Ben Steeves. One of three new players with a Division I commitment on the roster this season, Steeves scored at 5:49 of the third period.

The goal failed to unnerve Hill-Murray, which had endured a three-game losing streak in mid-January. A team that went to work and figured a way out. That included Strobel getting his second goal of the game to restore a three-goal lead, one the Pioneers maintained even as Eden Prairie pulled its goalie and finished the game with an extra attacker for more than four minutes.

“It was referred to earlier about being relentless,” Schafhauser said. “That identity started taking over and we started seeing results.”

3. Matthew Fleischhacker (below), Hill-Murray, junior defenseman: Part of the stalwart yet weakened defensive corps, he scored the Pioneers’ first goal on a power play. 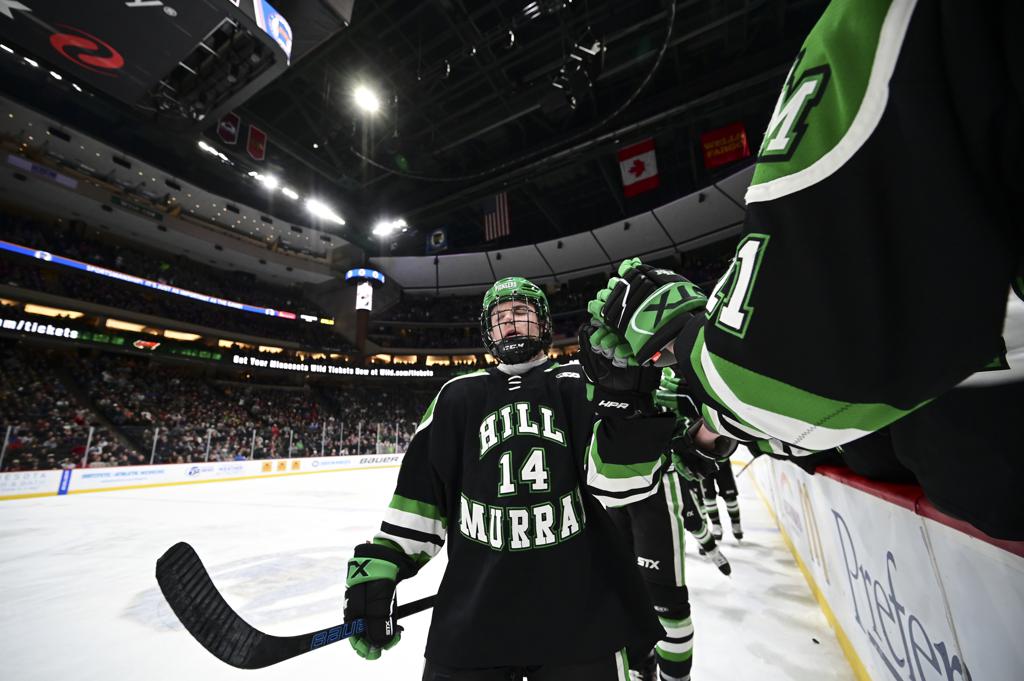