Colin Hagstrom toiled to recover after his December injury. 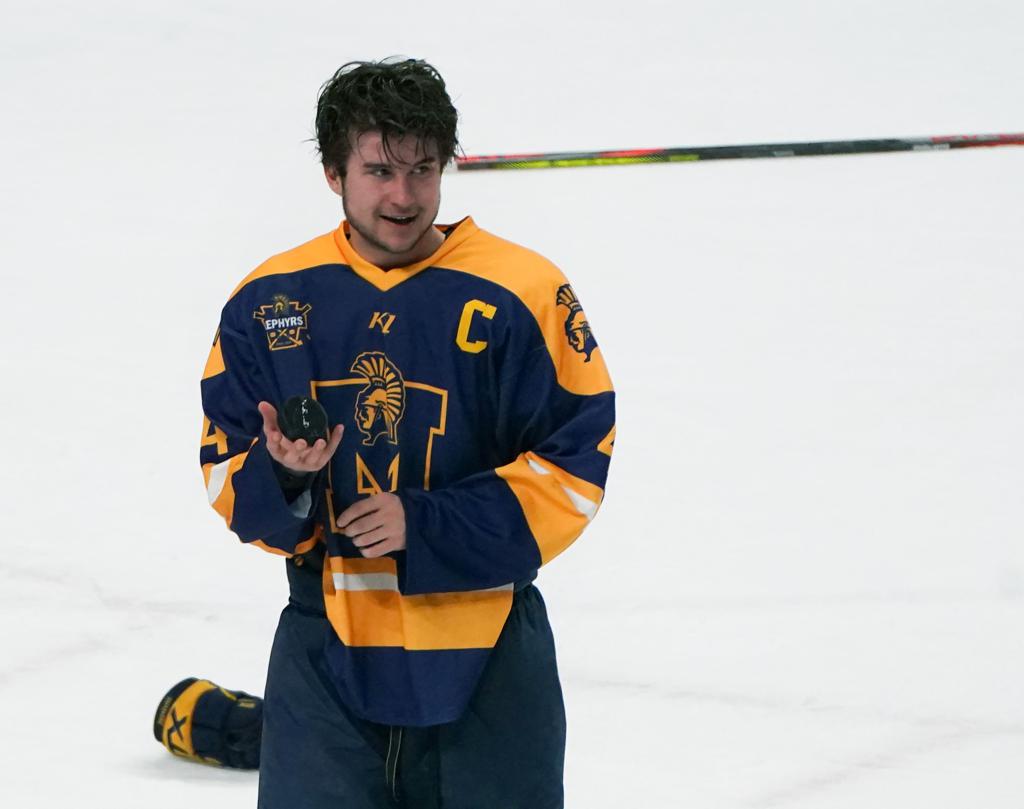 In mid-December, Colin Hagstrom was told by doctors he might not play hockey again this season.

The diagnosis didn’t account for Hagstrom’s tenacity. Or grit. Or lack of quit.

“I just told myself there was no way I wouldn’t come back,” said Hagstrom, a Mahtomedi senior who crashed into the boards and broke his leg in a Dec. 10 game against Monticello.

So Hagstrom, the Zephyrs’ top goal scorer last season and a lacrosse standout committed to play at Maryland, did what he always does. He went to work.

He attended every Zephyrs practice and game. He filled water bottles. He attended team meetings. He studied film and absorbed game plans. He cheered louder than anyone.

“I had to support my team,” said Hagstrom, whose overtime goal against Hermantown secured a 3-2 victory Saturday in the Class 1A championship game.

With the Zephyrs absorbing a relentless Hermantown attack — they were outshot 42-12 — and forced to gather themselves after the Hawks scored to tie it with 22 seconds left in regulation, it figured that it would be Hagstrom who would make school history.

His one-timer in the slot 2:44 into overtime sailed into the upper right corner and sparked pandemonium on the Xcel Energy Center ice and in the massive Mahtomedi cheering section.

“It doesn’t feel real,” he said when asked about securing Mahtomedi’s first championship.

The goal was Hagstrom’s 11th in 18 games this season. He scored 20 in a full 31-game schedule last season. Six of his goals came in the playoffs.

He was out seven weeks, missing 13 games, before returning to action for a Jan. 28 game against Stillwater.

“When he had a boot on he was shooting pucks, he would come over to the bench and he would lean over the boards and ask someone to pass with him,” Mahtomedi coach Jeff Poeschl said. “He was involved with that broken fibula the whole way. I don’t know if he was more excited when he stepped on the ice or if we were.”

As a final reward to Hagstrom’s tenacity, he received the Herb Brooks Award, “given to the most qualified hockey player in the state tournament who strongly represents the values, characteristics, and traits …” that defined the legendary 1980 U.S. Olympic team coach.

“The Herb Brooks Award is a snapshot of Colin,” Poeschl said. “He persevered.”