Heartbeat of an angel: Minnesota-bound Charlie Strobel removes all doubts

The star of Hill-Murray’s hockey state tournament title run brings a blue-collar mentality to his game, inspired by a brother whose life he helped save in 2015. 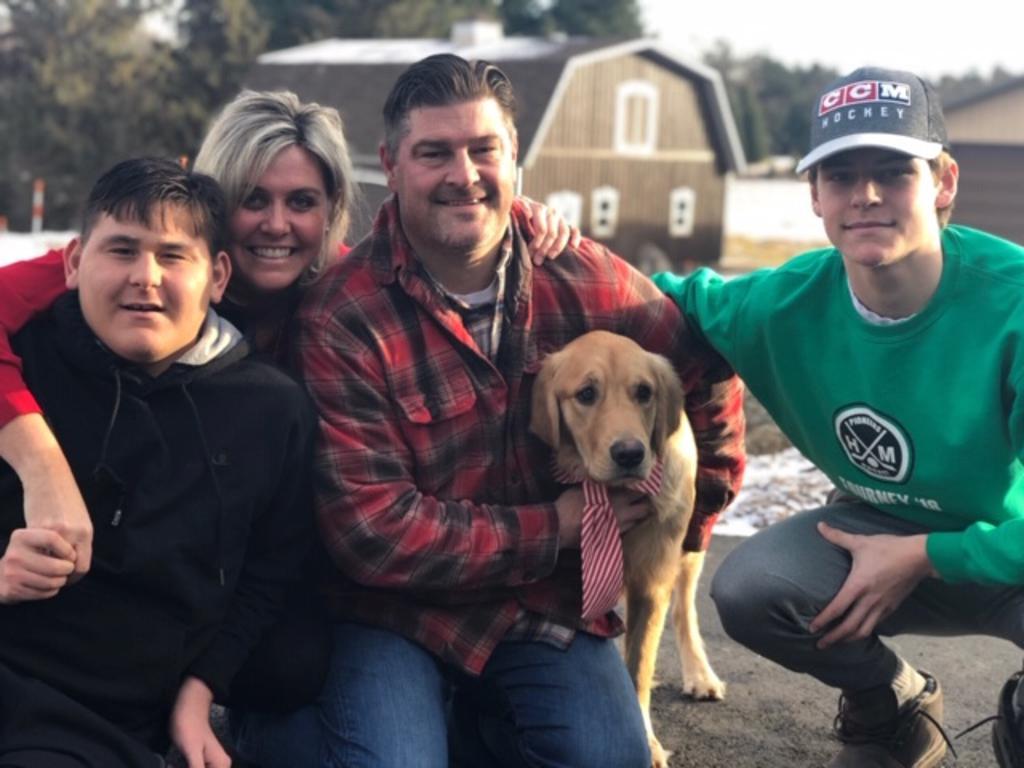 Charlie Strobel basked in the roar of Hill-Murray students and hockey fans during state tournament games and enjoyed the locker room merriment after winning the Class 2A championship.

“His face lit up and you could see in his eyes that he knew something good happened,” Charlie said. “He expressed it with his heart and soul.”

Strobel, a captain who led Hill-Murray with 27 goals this season, put those same attributes into the Pioneers’ surprise title run as a No. 5 seed. He hustled. He hit. He scored four goals. His two goals in the championship game matched his father, Mike, who scored twice for the 1991 state champion Pioneers.

Then on March 11, about 96 hours since the opening faceoff in the state championship game, Strobel announced via Twitter his verbal commitment to play for the Gophers.

Strobel’s commitment to Minnesota answered the question of why a player of his caliber wasn’t already in a college pipeline. He pondered the same question many times.

“It was definitely a sense of relief when it happened, and all glory to God,” Strobel said. “It still feels like a dream. It’s the best feeling in the world.”

Fred Bandel, a Florida Panthers scout who also worked for Montreal and Toronto during the past two decades, called the state tournament “a great barometer. For a kid to step into that environment and pressure and perform means a lot. You will see players like Strobel who were on the radar take the next step and become a Division I commit.”

While Strobel said “four or five schools were talking to me” this season, no offers had come. Meanwhile, Hill-Murray teammates Dylan Godbout, Joe Palodichuk and Nick Pierre all verbally committed to Wisconsin before they were sophomores. Strobel’s uncle Mark is a member of the Badgers’ coaching staff.

“Sometimes it was frustrating and I questioned God,” Strobel said. “But I knew he had a plan for me.”

When faith wasn’t enough to ground Strobel, he needed only to reflect on brother Ryan.

“God put him here for a reason,” Strobel said. “He teaches me without words. I know he’s proud of me, and I can say the same about him.”

Hailed as a team leader in word and deed — Hill-Murray coach Bill Lechner called him “our heartbeat” — Strobel’s penchant for acting fast prevented a family tragedy in December 2015. Ryan, an experienced and strong swimmer despite his autism, suffered his first epileptic seizure. It happened in the family’s hot tub. Charlie, then an eighth-grader, used the CPR lessons he learned in health class and kept working on his brother until help arrived.

“He’s an angel because of that,” said Jill Strobel, the boys’ mother.

Charlie still shows his love in less dramatic ways, such as sacrificing several hours of sleep to crawl in bed and comfort Ryan on restless nights.

“I’d do anything for him,” Strobel said.

Hill-Murray's Charlie Strobel (27) knocked the puck to the ice as he was challenged by two Eden Prairie players. Photo: Aaron Lavinsky • aaron.lavinsky@startribune.com

And for his teammates. Strobel scored the Pioneers’ first state tournament goal in a victory against Moorhead. He he tallied the overtime winner in the semifinals to defeat St. Thomas Academy and then scored twice against Eden Prairie.

Afterward Strobel said, “We’ve been doubted. People thought we’re not really who we are. We’re kind of the dark knight, the underdog. We came to play and we finished it.”

The Pioneers and Strobel removed all doubts.

“The more adversity I dealt with, the more it instilled in my head that I wanted to prove people wrong,” Strobel said. “I wanted people to see that I had character, that I was a competitor and that I had heart. I’m a blue-collar player and not a lot of kids today have that.”

The long journey tested Strobel, but he looks at his college commitment as more audition than arrival.

“I want to be able to make an impact, not to just say that I am on the team and watch,” he said.

He will spend next season playing junior hockey. He currently belongs to the Bismarck Bobcats of the North American Hockey League. But a United States Hockey League team could draft him in May.

To that end, Bandel said a relatively late college commitment has its benefits.

“I don’t think it’s a bad thing to commit as a senior because the college team has a much better idea of what kind of player they are getting vs. sending a guy back to juniors or making life difficult so that they decommit,” Bandel said. “We look at how a player competes, his character and skill. You saw his competitiveness at the state tournament. He pretty much drove that team.

“I think his performance may have opened some eyes. He has an opportunity to get drafted by a NHL team this year.” 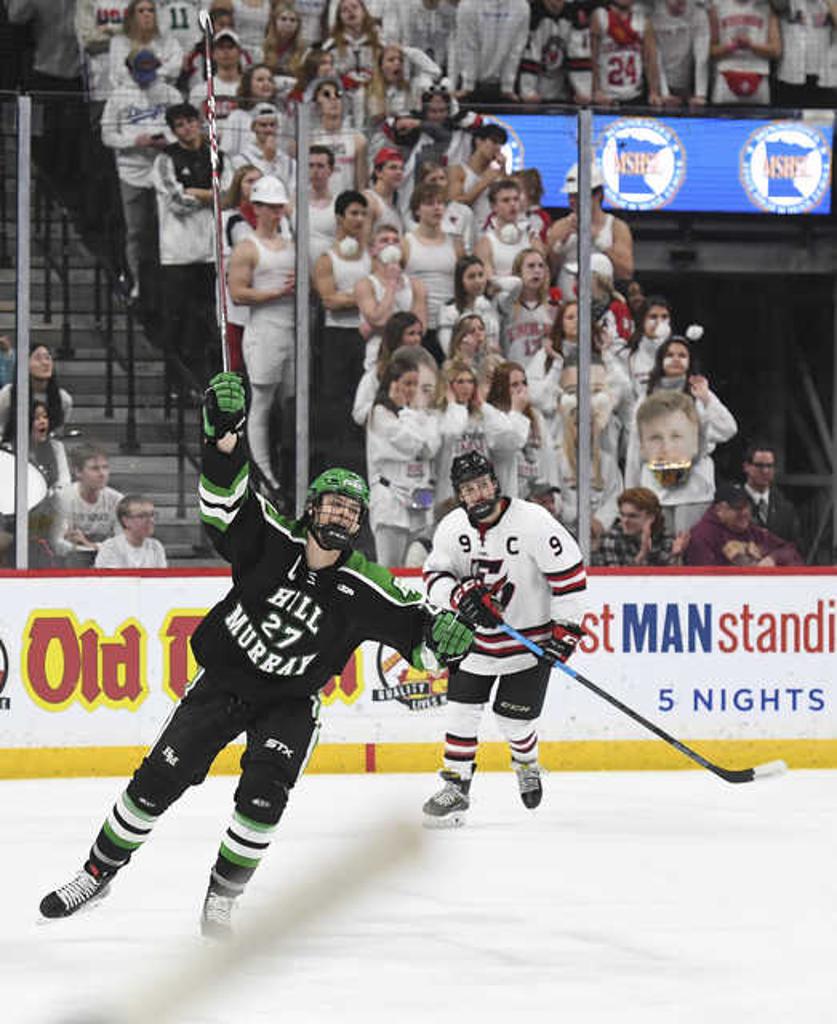