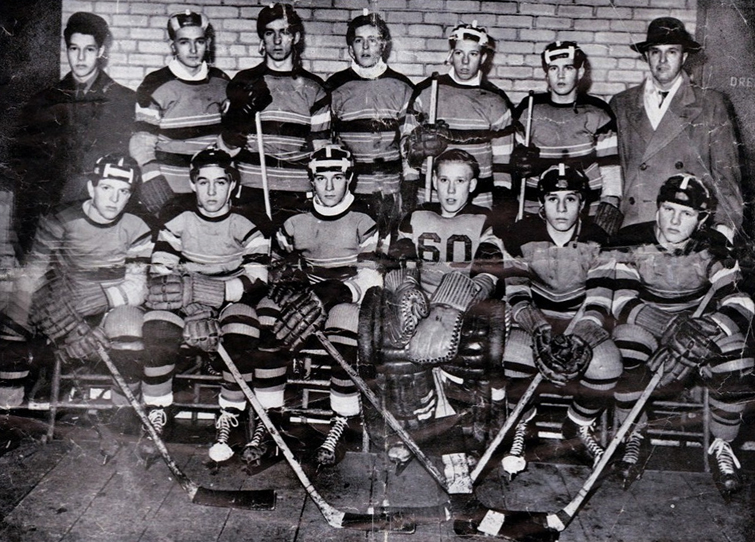 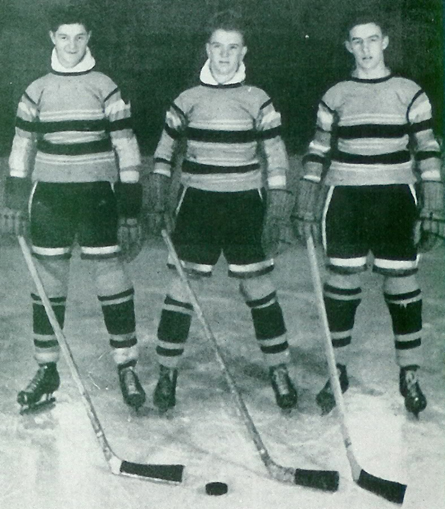 Eveleth’s first goal in its first state tournament game was crafted in a mere 45 seconds.

Less than a minute later Eveleth’s top line had produced another goal.

If Neil Celley wasn’t scoring goal, Wally Grant was. And if it wasn’t Celley or Grant putting the puck home, linemate Pat Finnegan was stamping his name on the overstuffed scoresheet. By the time Eveleth’s 16-0 victory was complete, each member of the trio had a hat trick.

The Minnesota State High School League sanctioned its first state tournament in 1945, and Eveleth’s trio of Celley, Grant and Finnegan was shredding the competition. The three seniors had been playing together on a line for years, and now, for the first time, were showcasing their skills on a statewide platform.

“They knew each other like the back of their hands,” said Willard Ikola, who graduated from Eveleth in 1950 and grew up in awe of the forward trio. “They were really quite a group to watch play.”

“The best line to ever come out of Eveleth high school.”

In terms of mastery over its competition, of owning its era, the Celley, Grant, Finnegan line is undoubtedly one of the best in state history.

So thorough was Eveleth’s quarterfinal demolition of Granite Falls that goaltender Ron Drobnick was credited with a single save. And there is some dispute over whether the shot he stopped was actually on goal.

Drobnick was put to the test in the semifinals, making all of four saves in Eveleth’s 10-0 thrashing of St. Paul Washington. Grant had four goals, and Celley and Finnegan added three each.

Eveleth faced Thief River Falls in the inaugural state championship game. Eveleth’s string of walkaway victories was about to end.

Grant was the quarterback on Eveleth’s football team and a track and field standout. Nicknamed “Cedar Legs” for his bow-legged skating style, the 5-foot-8, 165-pound speedster was Eveleth’s captain.

“He was just a complete player, that’s what I always thought watching him as a kid,” Ikola said. “When he played at the high school level he was one of those guys who could score. He was fundamentally solid, too. He wasn’t just a goal scorer.

“He would come back and do his job in his own end of the rink.”

Grant’s father was a hard-driven immigrant who got an early start working in Eveleth’s open-pit mine, eventually earning a superintendent position for U.S. Steel.

"I remember my father was behind the net at the other end (during the state tournament),” Grant said in a 2001 St. Paul Pioneer Press article. “He was cheering us on.  . . . Dad wasn't a man known for emotional displays. He was very aloof, but you knew he was proud after we won."

All three players from Eveleth’s top line were named to the all-tournament team. Grant and Finnegan each finished with 13 points, and Celley had 11. Only two players, Eveleth's John Mayasich and John Matchefts, have scored more points than Grant and Finnegan in a single tournament.

Grant went on to play at the University of Michigan, where he was a standout for the Wolverines when they won the NCAA’s inaugural national championship in 1948. He was joined by Celley at Michigan. Finnegan also played top-level college hockey, although he headed west and, according to Ikola, played a season for UCLA during an era when several West Coast colleges fielded top-level teams. Finnegan also attended Minnesota and North Dakota.

Grant settled down in Ann Arbor, Mich., after college and still makes his home there with his wife, Mickey.

Grant, who worked for 37 years for General Motors, has been heavily involved in the Michigan hockey program as a booster. He was inducted into Michigan athletic Hall of Honor in 1987. In 1994 he was inducted into the Eveleth-based U.S. Hockey Hall of Fame.