Minneapolis Southwest's victory over neighboring Edina for the first — and only — hockey championship won by a city public school carried a much different vibe in 1970. 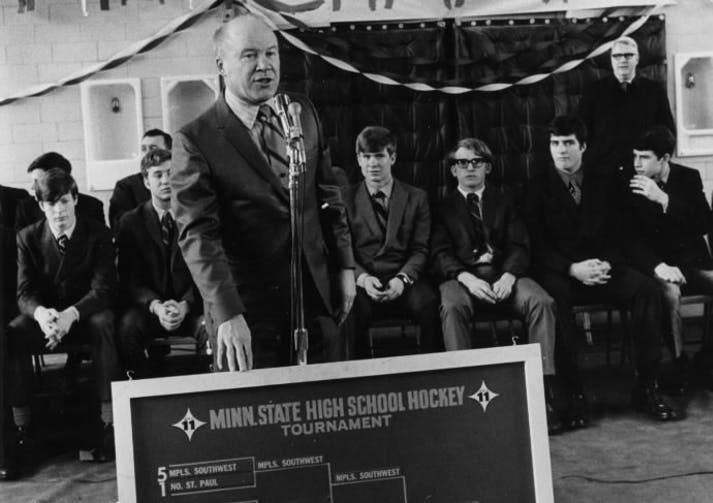 The principal of Edina High School, Roland Ring, stopped by Southwest to offer congratulations after the city school beat the Hornets 1-0 for the 1970 state title.

Brad Shelstad seethed while watching Edina hockey players show off their program’s first state championship trophy after an overtime victory in the 1969 final.

The Minneapolis Southwest goaltender sat with teammates, all of them wearing navy blue leather hockey jackets, halfway up the Met Center’s lower bowl. Recalling the scene last week, Shelstad said he remains convinced those Hornets players “looked right at us and shook the trophy at us a little.”

A month before, Southwest had defeated Edina 3-1 at a packed Braemar Arena for the Hornets’ only loss of the season. Believing themselves a worthy state champion, the Indians, as they were known then, fell in the consolation final. Several hours later, Shelstad watched Edina become just the second metro-area team, and first from a suburb, to win a state tournament in the event’s first quarter-century.

“But what I didn’t realize is that I would have a chance a year later to do something about it,” Shelstad said.

Click here to read the rest of the story on the Star Tribune website. An online subscription is required.