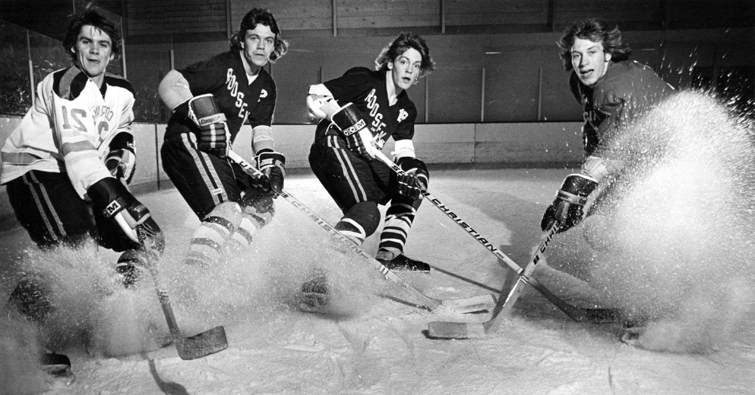 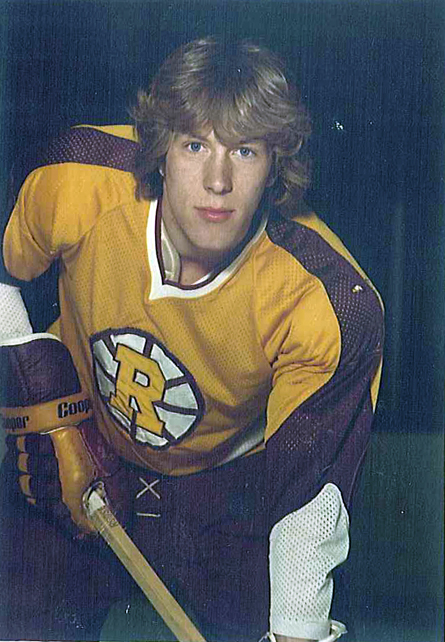 The preferred game was hockey, only with a twist.

Mike Ramsey and his neighborhood buddies used a tennis ball instead of a puck.

The outdoor skating rink at Hiawatha Park in Minneapolis was the gathering spot, and many of Minneapolis Roosevelt High’s greatest players from the 1970s spent hours upon hours engaged in epic tennyball games.

Those shinny marathons produced a legion of deft stickhandlers. Another naturally acquired skill, for those who had the stomach for it, was shot blocking.

Ramsey, for one, never had any qualms about throwing his body in harm’s way. 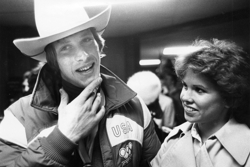 “After you have been out there a while, and that tennis ball freezes, it really stings,” Ramsey said. “Especially when you get one in the snot locker. Then it really hurts.”

Minneapolis Roosevelt coach Clayton Freeburg insisted on putting his best players on defense, and he encouraged the youth coaches in the Roosevelt pipeline to do the same. The athletically gifted Ramsey (he was also a football and tennis star) was, naturally, stationed on the blue line.

Ramsey, a varsity regular starting his sophomore year, wasn’t chained to the defensive zone. Ramsey had the speed and maneuverability to go end-to-end seemingly whenever he desired. Freeburg, for his part, gave Ramsey a perpetual green light

“When we needed him to, he would just go,” said Mark Hultgren, a forward on Roosevelt’s Ramsey-led team that reached the 1978 state tournament. “We had a few games where if he didn’t score, we didn’t score.

“At the high school level, that is what was asked of him by our coach, so that’s what he did.”

Ramsey scored 30 goals and added 27 assists in 26 games as a senior in 1977-78. That season the Teddies slipped past archrival Minneapolis Southwest 2-1 in the Section 5 semifinals and blasted Blake 7-0 in the section championship game.

The Teddies drew Edina East in the state quarterfinals. The Hornets had lost to Rochester John Marshall in the state title game the previous year and were the undisputed kings of metro hockey.

“I remember it as being jam packed, even though it probably wasn’t,” Ramsey said about playing in the state quarterfinal at the St. Paul Civic Center. “They had the clear boards there back then. It was awesome to be there.”

Ramsey assisted on two third-period goals as the Teddies rallied from a 2-0 deficit to tie the score with less than 6 minutes remaining. Steve Ikola, son of legendary hounds tooth hat-wearing Hornets coach Willard Ikola, knocked a puck out of midair and into the goal with 56 seconds left to give Edina East the win.

“We would call it controversial,” Ramsey said about the goal. “They wouldn’t.

“They didn’t have replay at the time. Whether it was legal or not depends on who you talk to.”

Edina East went on to win the state title. Roosevelt lost 6-3 to Rochester John Marshall in the consolation round as Ramsey had two goals and an assist.

“He liked to go end to end,” Freeburg said. “He would put the puck between guys’ legs and go around them. He had all the little moves, the Bobby Orr moves I liked to call them.”

In the defensive zone, the 6-foot-2 Ramsey used his massive wingspan to cut off passing lanes. All that tennyball shot blocking came in handy, too.

“He would be blocking shots on his knee,” Freeburg said. “Ramsey was really an expert at that.” 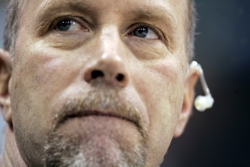 Ramsey’s puck-rushing skills, defensive instincts and massive frame had college coaches frothing at the mouth. During his senior year Ramsey found himself in the middle of a recruiting war between Minnesota’s Herb Brooks and Wisconsin’s Bob Johnson. “Badger Bob” never stood a chance.

“I visited one school and made my decision,” Ramsey said about Minnesota. “Badger Bob called me, and I told him I had already decided I was going to the U. He got mad. He said, ‘Just come up and visit. You can’t go the U without looking at at least one other school. That’s like buying the first car you see.’ I said, ‘I don’t need to see another school,’ and thanked him for his interest.”

Ramsey cracked the Gophers lineup as a freshman and won a national championship in 1979 during his only season with the team. Ramsey, selected 11th overall by the Buffalo Sabres in the 1979 NHL draft, was picked by Brooks to play on the U.S. national team the following season. Ramsey was the youngest member of the U.S. Olympic team that won the gold medal in 1980 in Lake Placid, N.Y.

Ramsey played in the NHL All-Star Game four times during an NHL career that spanned 1,070 regular season games and 18 seasons from 1980-97. He played most of his career with the Buffalo Sabres, and he served as an assistant coach for the franchise for three seasons from 1997-2000.

A Minnesota Wild assistant coach for eight seasons, Ramsey stepped down after the 2009-10 season to spend more time with his family.

He and his wife, Jill, have three children and live in Chanhassen. Ramsey’s daughter, Rachel, was a top player on the Minnetonka team that won last season’s state girls hockey championship. Son, Jack, is a sophomore forward at Minnetonka and another daughter, Hannah, is a dancer. 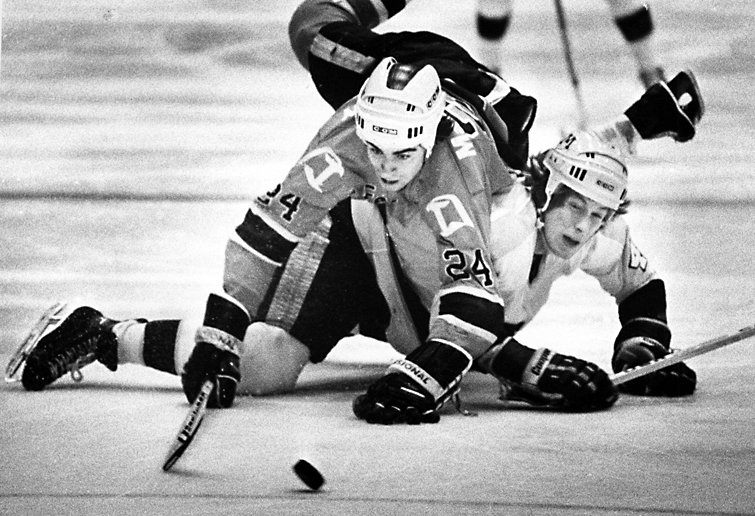 Mike Ramsey, bottom, won a national championship in 1979 in his only season at the University of Minnesota. Star Tribune file photo