Every game was a circus when Cloquet's Corey Millen, a Top 100 pick, came to town 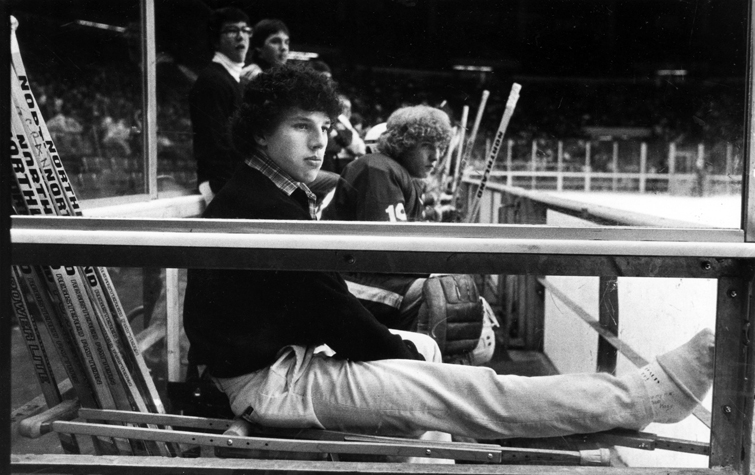 Cloquet's Corey Millen was forced to sit out the 1982 state tournament with a broken ankle. Associated Press 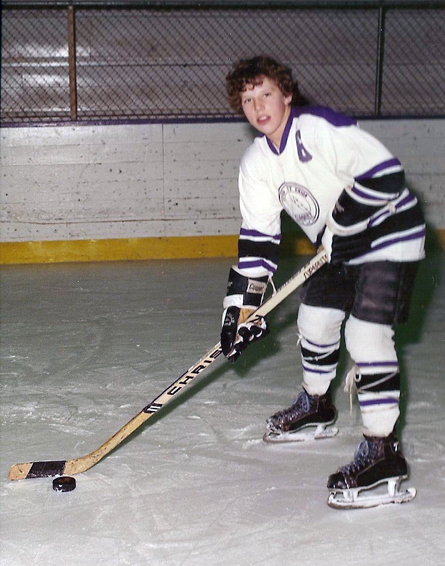 Corey Millen was a scoring sensation in Cloquet from youth hockey through high school. Courtesy photo

Caravans following the Cloquet hockey team on its travels in the early 1980s did not include trucks loaded with lions and tigers, cars stuffed with clowns or vans toting human cannonballs.

The featured attraction was Corey Millen, and his presence alone was enough to sell out hockey arenas large and small throughout northern Minnesota.

“I think he is probably the most exciting player we have ever seen around here,” former Cloquet coach Bill Kennedy said. “I actually heard arenas go, ‘ohhhhhhhhhhhhhhhh’ when he got the puck. When he went from one blue line to the next, he would put it in second gear, and he would be gone.”

The 5-foot-6 Millen’s speed was unmatched. His stickhandling was superb. Millen could go end to end seemingly on a whim. Goaltenders never stood a chance. 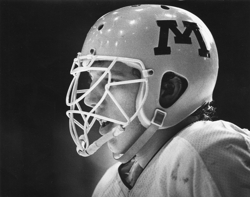 Corey Millen scored 119 goals and added 122 assists during his four-year career at the University of Minnesota. Star Tribune file photo

Millen was a phenomenon more than a hockey player all the way through his youth career. Dave Esse remembers waiting in line with his grandfather to get into Cloquet’s arena to see a scrimmage between Cloquet and South St. Paul, which featured another legendary player in Phil Housley.

“When he touched the puck at the (Duluth Entertainment & Convention Center) there would be 4,000 people there and they would all stand up,” said Esse, the Cloquet coach who is three years younger than Millen. “He would make players look silly. He would deke you right out of your shorts. They didn’t know what to do.”

There was no stopping Millen. He scored 46 goals in 18 games as a high school senior in 1981-82, when he missed part of the season playing in the World Junior Championships in Minneapolis.

“If you figure out his average points per game, then project it over the 25-game schedule they play now in high school, he probably would have scored 65 or 70 goals,” said Brian Durand, a teammate of Millen’s in high school. “He was extremely gifted in all aspects, but his speed was unbelievable. He was able to go to from zero to full speed in a matter of a few strides.”

Cloquet reached the state tournament for the first time in the program’s history in 1982. One of the lasting images in state high school hockey history is of Millen watching the Lumberjacks in street clothes and on crutches.

Millen had broken his ankle in the Lumberjacks’ 11-3 triumph over St. Cloud Apollo in the Section 2 semifinals.

“I think we were ahead by six or seven when he was decked from behind and slid into the boards and broke his ankle,” Kennedy said. “It was sickening.”

Cloquet, which had defeated Coon Rapids 4-2 in the section championship without Millen, faced White Bear Mariner in the quarterfinals of the state tournament.

“It was bittersweet, no doubt about it,” Millen said. “Since I was a little kid, my parents would take me out of school and we would go down and watch the state tournament. It was the highlight of my year.

“The Minnesota state tournament is such a great event, and it was Cloquet’s first time going. It was a big deal. Obviously it was unfortunate I couldn’t play. It was tough.”

Mariner scored three unanswered goals in the first 7 minutes, 25 seconds of the first period en route to a 7-2 victory. The Lumberjacks went on to beat Henry Sibley and Rochester Mayo for the consolation title.

“It was pretty sad,” Durand said about playing in the state tournament without Millen. “We were pretty deflated because he was kind of the heart and soul of the team.

“It was tough seeing him on crutches. It would have been nice to show the state of hockey what he could do.”

Millen could bench press 300 pounds as a senior. Kennedy said Millen would often surprise opposing players with his strength in the corners. Millen, who practically lived on the outdoor rink across the street from his house, also had practice areas set up in his basement and garage.

He worked tirelessly to improve his shot. Included among his training aids was a set of steel pucks provided by Kennedy.

“He took those steel pucks and damn near broke their basement in half shooting against wall,” Kennedy said. “By the time he was a senior he could score from 20-feet out just by shooting right through the goalie.”

Millen, selected 57th overall by the New York Rangers in 1982, played in 335 NHL games and scored 20 or more goals three straight seasons from 1991-94. He helped the Los Angeles Kings reach the Stanley Cup finals in 1993.

In 1995 Millen was traded from the New Jersey Devils to the Dallas Stars in exchange for Roseau’s Neal Broten. The Devils went on to win the Stanley Cup that spring.

Millen retired from pro hockey in 2003. He lives in Anchorage and is the head coach and director of hockey operations for the North American Hockey League’s Alaska Avalanche. 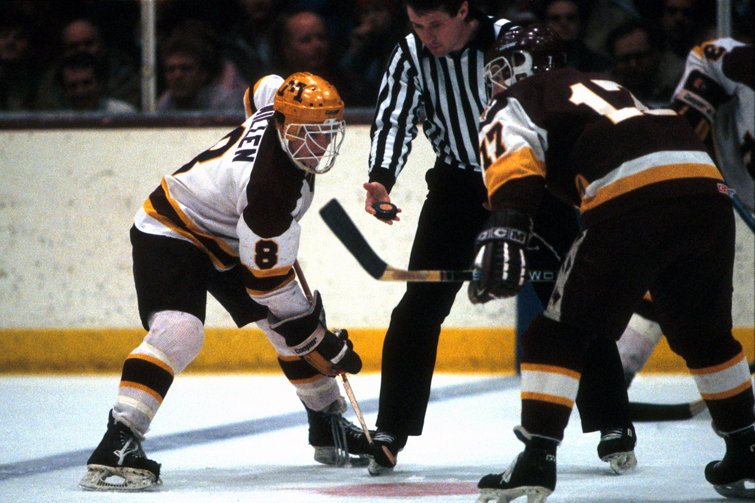 Cloquet's Corey Millen scored 119 goals and had 122 assists in four seasons at the University of Minnesota. Courtesy photo