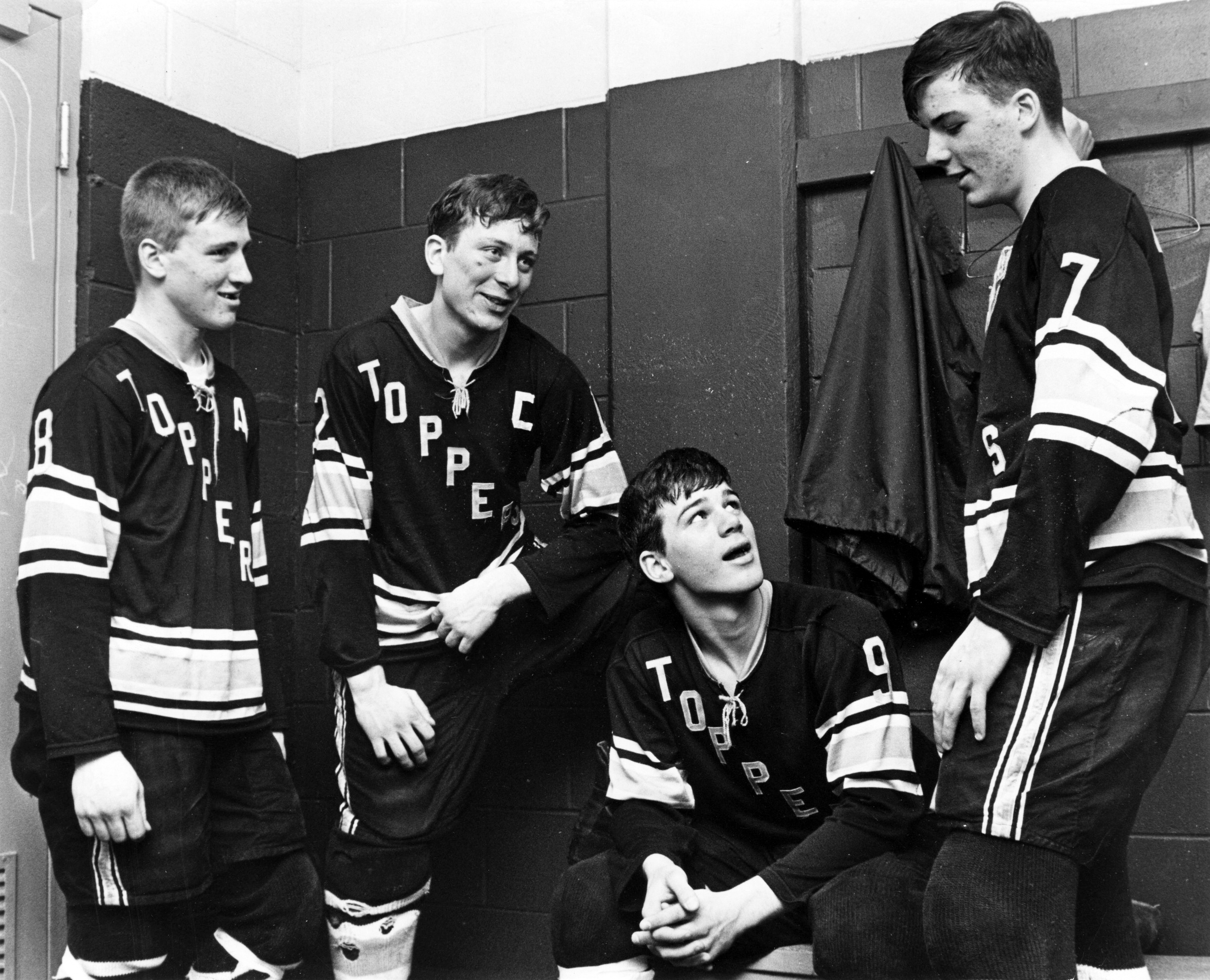 The Duluth Arena Auditorium still had that new-rink smell when Duluth Cathedral’s Phil Hoene grabbed it, shook it and turned it upside down.

The building, now called the Duluth Entertainment Convention Center, was completed in 1966 – just in time for what proved to be one of the most memorable sporting events in the city’s history.

On Wednesday, Feb. 1 in 1967, Cathedral and Duluth East squared off in a much-hyped game that was so anticipated it was shown live on regional television.

The matchup between the private-school Hilltoppers and public-school Greyhounds was the finale of a high school tripleheader that included an opening game between Proctor and Duluth Central followed by Duluth Denfeld playing Morgan Park.

Naturally, fans and players from the first two games stayed for the featured attraction.

“That was the first year after the arena was built, and they really didn’t have their ‘I’s dotted and ‘T’s crossed as far how many people it would hold,” Hoene said. “They just kept letting them in and letting them in.

“After that the Fire Marshall said, ‘No, we can’t have people sitting in the aisles,’ ” Hoene said.

The reported crowd of 6,122 remains the largest to see a game at the DECC, which has a listed capacity of 5,333.

“It was loud,” Hoene said. “If the fans were cheering more for us or East, you sure couldn’t tell the difference by the noise.” 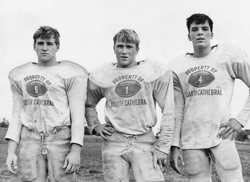 Hoene, a jet-propelled senior forward, whipped the crowd into a frenzy late in the second period when he scored to tie the game at 3. He flipped the puck forward on the ensuing face off and, after splitting the Duluth East defense, scored again. Seven seconds had ticked off the clock between Hoene’s two goals.

The legend of “Phantom” Phil Hoene had been forever etched in Duluth folklore.

“He’s one of the best players I’ve ever seen,” said longtime Hermantown coach Bruce Plante, who played against Hoene in high school as a Cloquet goaltender. “He was fast, powerful, strong. Stick checks wouldn’t hold him up.

“I remember once I went out to get the puck. It was about 10 feet from the blue line. He beat me to the puck, and I stacked my pads and flipped him in the air.  He lands and puts it in the empty net. That wasn’t the only time he made me look bad.”

Hoene scored 11 hat tricks in 23 games as a senior, when he totaled 43 goals and 22 assists. He scored eight goals in three games during the state Catholic tournament as he led the Hilltoppers to their third straight title.

“Phil Hoene was probably the best, most dynamic high school player I ever saw,” said Steve “Pokey” Trachsel, who starred on defense for the Hilltoppers. “He could score on the backhand like you had never seen.

“He had the speed. Just when he came up to the D, he would pour it on and he could go right by them. He beats the guys, and then he gives the goalie the backhand and scores. I don’t know how many of those I saw, quite a few.”

Hoene finished his career with 115 goals and 56 assists for 171 points.

“He could work the puck, and he could shoot,” Kevin Hoene, another Cathedral star, said about his older brother Phil. “I think between Phil and I, we probably scored more backhand goals than any type of goals. We always thought that was an effective shot.”

Along with the Hoenes, Duluth Cathedral’s star-powered lineup also included the Trachsel brothers, Larry and Pokey, and a future scoring phenom in freshman center Mike Randolph.

Hilltoppers coach Del Genereau tested his fully loaded squad against most of the top teams from the Iron Range.

Among Cathedral’s many victories over the state’s top public schools was the one that halted International Falls’ 59-game winning streak from 1962-66.

The Hilltoppers had a 36-game unbeaten streak snapped during their lone loss of the 1966-67 season. The loss came in dubious fashion in Fort Frances, Ont., as several Muskies players were suspected of being overaged "ringers" from the town's junior team.

“In a three game tournament you could never say for sure we would have won it,” Phil Hoene said about the state public school tournament. “But we were right in there with all the schools that were in that tournament.”

With Hoene in the lineup, anything was possible for the Hilltoppers. Three goals in 27 seconds in a packed building on live television against an arch rival?

“It really was just one of those things where everything worked on every play,” Hoene said. “I got fed the puck once from my right wing and once from my left wing. All I had to do was put it away.

“The middle one, off the face off, the puck flew up in the air and no one saw it. It bounced right between their defense. They looked at each other like, ‘Are you going to get it?’ And neither one of them did. So I went and got it. It was flukey that it landed where it did, right in between them perfectly.

“It was lucky, but let me put it this way, we weren’t going to give any of those goals back.”

Hoene played three seasons at Minnesota-Duluth and reached the NHL with the Los Angeles Kings. He played in 37 games with the Kings from 1972-75.

Hoene, who lives in Boise, Idaho, retired from pro hockey in 1976.