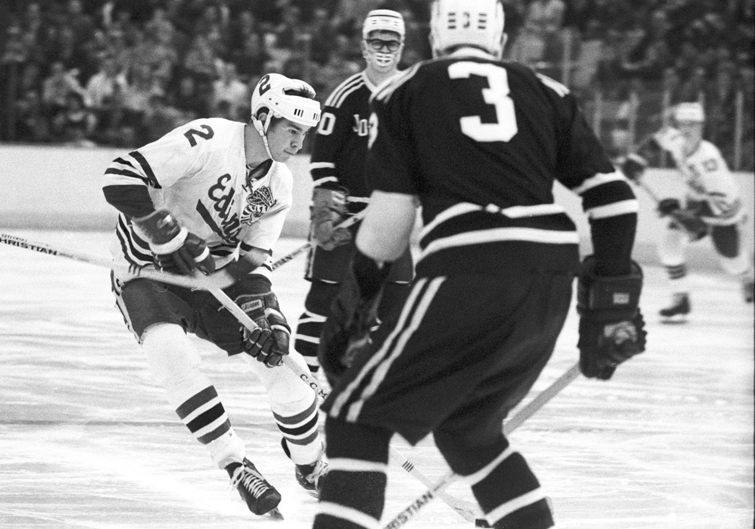 Edina’s Bill Nyrop was as much a redwood as he was a defenseman.

His game was about consistency and positioning. About always making the right pass, about clearing rebounds and blocking shots.

Stationing Nyrop on the blue line was the equivalent of packing an emergency kit in the trunk of your car. Even if something went wrong, Nyrop could be relied on to get you out of trouble.

Watch Nyrop long enough, and there was no mistaking the majesty in his play.

“Oh my god was he good,” said John Bianchi, the former longtime assistant coach at Bloomington Jefferson. “He was really too good to be true. It was effortless with him.”

Nyrop stood 6-foot-1 and weighed a chiseled 180 pounds. A supremely gifted athlete, he was the quarterback of an undefeated Hornets football team that won a mythical state championship.

“I played football with him,” said Bruce Carlson, who graduated from Edina in 1970 with Nyrop. “He was just a really quiet and subtle leader. He really led by example. He led with confidence.”

As a sophomore in 1968, Nyrop was on the second Edina team to reach the state hockey tournament. The Hornets had made their first appearance the previous year, when they entered the state tourney with an undefeated record and unceremoniously lost both their games.

Nyrop and defensive partner Steve Curry, along with forwards Bobby Krieger and Bruce Carlson, all were juniors as Edina made a third straight trip to the state tournament in 1969. The blowtorch was aimed squarely at the Hornets, who were enjoying championship success at the youth levels. This was the year they had to at least win one game on the state’s biggest stage.

Sure enough, Edina halted its first-round hex by beating Mounds View 5-0 in the quarterfinals. A 7-1 rout of South St. Paul in the semifinals set up a highly anticipated matchup with Warroad and its electrifying superstar Henry Boucha.

In one of the most memorable games in state history, championship or otherwise, the Hornets beat the Warriors 5-4 in overtime.

Nyrop played a major role in the victory, helping limit Boucha to a single assist before the Warroad whirlwind suffered a second-period injury that knocked him out of he game.

“Bill never made mistakes,” Krieger said. “We relied on him as a steady rock.”

Nyrop added a playmaking element to his already brimming tool chest during the 1969-70 season. The Hornets were 19-0-1 as they entered the state tournament as the defending champs, and Nyrop registered an assist in a 3-2 double-overtime triumph over familiar foe Warroad.

Nyrop added two more assists in the Hornets’ 2-1 semifinal victory over St. Paul Johnson that also was extended into overtime.

“He had great vision on the ice, and good hands,” said Larry Thayer, Edina’s goaltender who graduated with Nyrop.  “He played the body when he needed to, and he was pretty good at getting the puck and going with and moving it out.”

The overtime trend continued in the 1970 championship game, as Minneapolis Southwest beat the Hornets 1-0 behind a 22-save performance from Brad Shelstad.

Nyrop had his pick of scholarship offers from almost all the top Division I hockey programs. He chose Notre Dame, where he tried out for the school’s fabled football team. As a sophomore, he made the Fighting Irish roster as a backup. An injury ended his short-lived college football career, but Nyrop did star for the Fighting Irish in hockey for four seasons.

Nyrop won three Stanley Cups with the Montreal Canadiens from 1976-78. He was at the height of his career when, at 25, he retired from professional hockey to enter the insurance business.

Nyrop returned to the NHL briefly with the Minnesota North Stars but retired for good in 1983 after playing part of a season in the German League.

He was diagnosed with inoperable colon cancer in September of 1995. He died three months later, on Dec. 31, at age 43.