Top 100 pick Henry Boucha of Warroad, an ironman defenseman, had flair for the dramatic 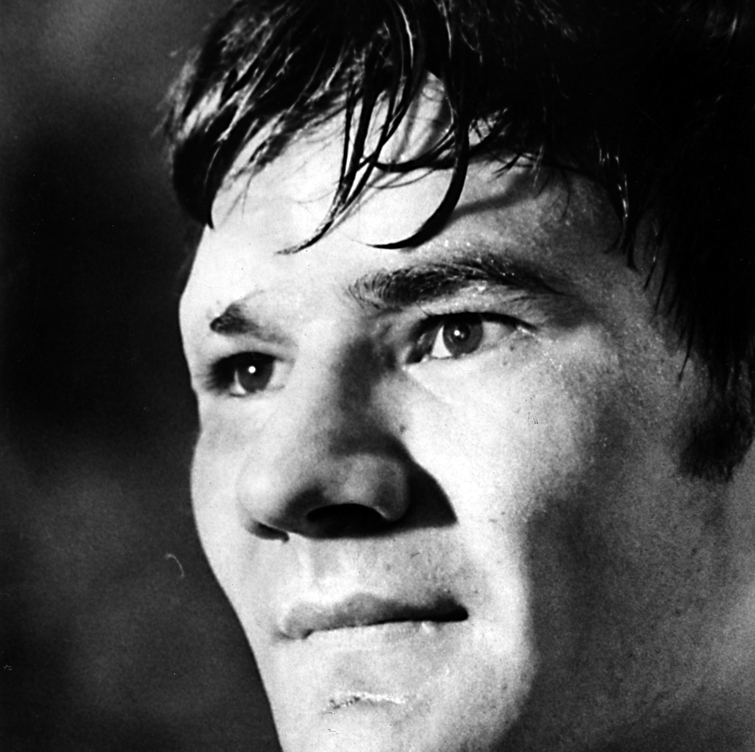 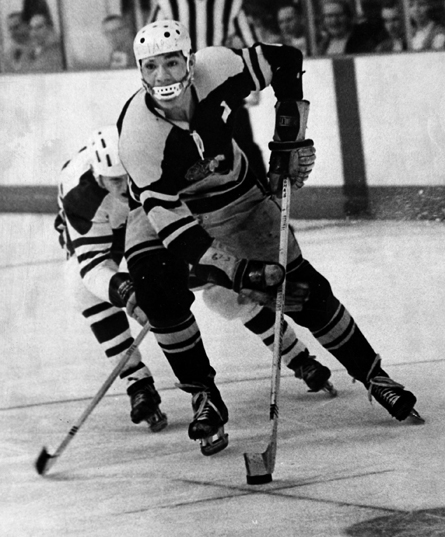 It was past the midpoint of the most important game of his career, and the blade of a wayward stick sliced Henry Boucha above his right eye.

The gash was deep and long. There was no stopping the flow of blood.

Warroad’s electrifying defenseman, notorious for playing entire games without leaving the ice, was forced into the hallways of Hibbing’s cavernous Memorial Arena to get medical treatment.

Boucha, now a senior, had been playing for the Warriors’ varsity since the eighth grade. Before that, as a youth player, he had led Warroad’s undermanned Bantam team in a stunning run to a state championship.

After playing as both a goaltender and a forward growing up, Boucha eventually settled in at defense, where the ice time and room to roam was abundant. Working from the blue line, Boucha could easily determine when and where to make his mesmerizing forays into the offensive zone.

Big, strong, fast and smooth, the 6-foot, 180-pound Boucha was a supremely gifted athlete (he also excelled in football, baseball and track) who was considered a sure-fire NHL prospect.

Now, with his last chance at a coveted state tournament trip hanging in the balance, he was bloody, bruised and in desperate need of a dozen or so stitches.

Just days earlier, the Warriors had lost to Roseau 2-1 in the 1969 Section 8 championship game. Boucha’s last chance at a trip to the coveted state tournament came in the form of a “back door” matchup for the Section 3 title against Section 7 runner-up Eveleth.

The Golden Bears had made 12 straight state tournament appearances as the state’s dominant program, starting from the inaugural state tournament in 1945 through 1956. But Eveleth had taken the trip south to St. Paul just once since 1956.

Featuring a superstar of their own in sparkplug forward Doug Palazzari, the pressure was on the Golden Bears to end what had become an interminable dry spell for the hockey crazed town. 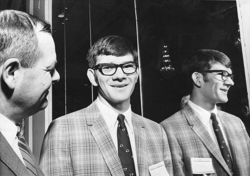 Eveleth and Hibbing are separated by 28 miles of wilderness and iron ore mines. Warroad to Hibbing is 200-plus miles of pure back country. The Golden Bears had the capacity crowd on its side and, with Boucha off the ice, the game by the throat.

“There was a doctor from, I think he was from Eveleth,” said Boucha, who suffered the cut in the second period. “He was their team doctor. What he did was he butterflied (the cut) shut. That allowed me to go back out there.”

In the meantime, Warroad coach Dick Roberts was emptying his bag of tricks in an attempt to delay the game as long as possible.

“I called one of our defenseman over to the bench,” Roberts said. “He comes over and says, ‘What is the matter, Coach?’ I said, ‘Nothing is the matter, just stall for time. I want to get Henry out here.’ ”

With the cut sufficiently closed and his eye swollen shut, Boucha returned to the game. With the clock winding down and a third overtime period just seconds away, Warroad’s Frank Krahn whipped a pass to Boucha at the right point.

“It was right on the tape,” Boucha said. “Somebody yelled, ‘Shoot!’ I did, and the damn thing went in.

“We were all standing there in suspense. We didn’t know if the goal counted. If the goal judge hit the light when there was time left on the clock, the light goes red. If time had run out, it goes green.

“We were just suspended in time for what seemed like five minutes. As I glided up I saw the puck go in, and I looked at the light. It was red.”

The building exploded. Warroad fans went bonkers, some of them rushing the ice and mobbing the Warriors’ players as Eveleth’s coaches and players converged at the scorer’s table, insisting the goal shouldn’t count.

The goal did count. Warroad was headed to the state tournament.

"It would have been devastating if we had lost that game," Boucha said.

The doctor who patched up Boucha and got him back in the ice, although a hero in Warroad, received a chilly reception on the Iron Range.

“I heard he just about got run out of town,” Boucha said.

The 1969 state tournament was shifted from the St. Paul Auditorium to the sparkling new Metropolitan Sports Center in Bloomington. The arrival of Boucha had the capacity crowds approaching 16,000 buzzing with anticipation. 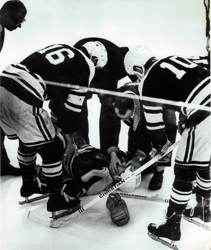 Boucha scored the winning goal in the third period of the Warriors’ 4-3 quarterfinal victory over Minneapolis Southwest. He repeated the feat in the semifinals, scoring the game winner in the third period in a 3-2 triumph over northern neighbor and arch rival Roseau.

In one of the most polarizing moments in state championship history, Boucha was knocked out of the championship game against Edina in the second period when his head was smashed against the Plexiglass during a collision with the Hornets’ Jim Knutson.

Boucha’s eardrum was ruptured, and he fell to the ice in a heap.

“When I got back up again, the rink seemed tilted,” Boucha said. “I lost my equilibrium. They took me to the hospital. I was at Ramsey (Medical Center) when they told me Warroad had lost in overtime.”

The Warriors were trailing 4-2 when Boucha was knocked out of the game. Both Roberts and Boucha say they believe Knutson’s intent wasn’t to inflict such a serious injury. It was as simple as a race for the puck and a collision in the corner, they say.

Photographs of the hit show Knutson’s elbow contacting Boucha’s head. Although Knutson received a minor penalty for elbowing, the pro-Warroad crowd was incensed.  Boos rained down on the Hornets every time they touched the puck.

“I would say 99 percent of the fans were cheering for Warroad,” said Al Hangsleben, another standout Warroad defenseman who also went on to play in the NHL. “Edina had one little cheering section. It was just unbelievable. We really didn’t realize what we were involved in until afterwards.”

Boucha spent three days in the hospital. He was flown out of St. Paul and back to Warroad on a private plane and received a hero’s welcome at the high school that night.

“They had a potluck and stuff,” Boucha said. “It was packed. Even some of the Roseau players came over.

“It was pretty special.”

Boucha, who scored 60 goals and added 35 assists as a senior, played junior hockey in Winnipeg after high school and was selected in the second round (16th overall) by the Detroit Red Wings in the 1971 NHL Draft.

He won a silver medal while starring for the 1972 U.S. Olympic team in Sapporo, Japan, and turned pro with the Detroit Red Wings after the Olympics in 1972.

Boucha played in 247 NHL games, including 51 with the Minnesota North Stars in 1974-75. His career was cut short when he suffered a cracked bone in his eye as the result of being hit in the head by the stick of Boston’s Dave Forbes. Boucha retired from pro hockey in 1977.

Boucha, who for years was heavily involved in Warroad’s youth hockey program, lives in Anchorage, Alaska, where he works in business development for the Alaska Manufacturing Extension Partnership. Boucha is also involved in a film project that focuses on Native Americans who have competed in the Olympics. 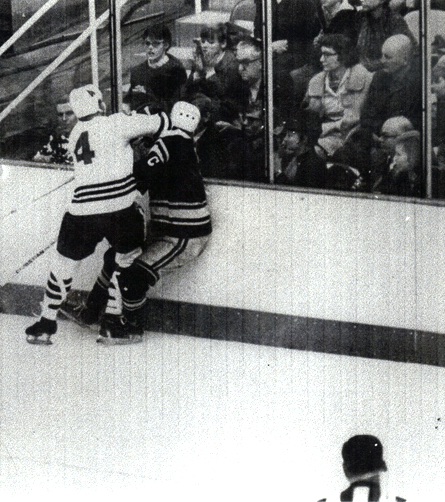