Tuttle, Strand have hand in securing a Roseau victory at rival Warroad

Goalie Andrew Tuttle stopped 25 shots in the game while forward Max Strand scored the game-winner in overtime to help the Rams avenge a loss to the Warriors earlier this season. 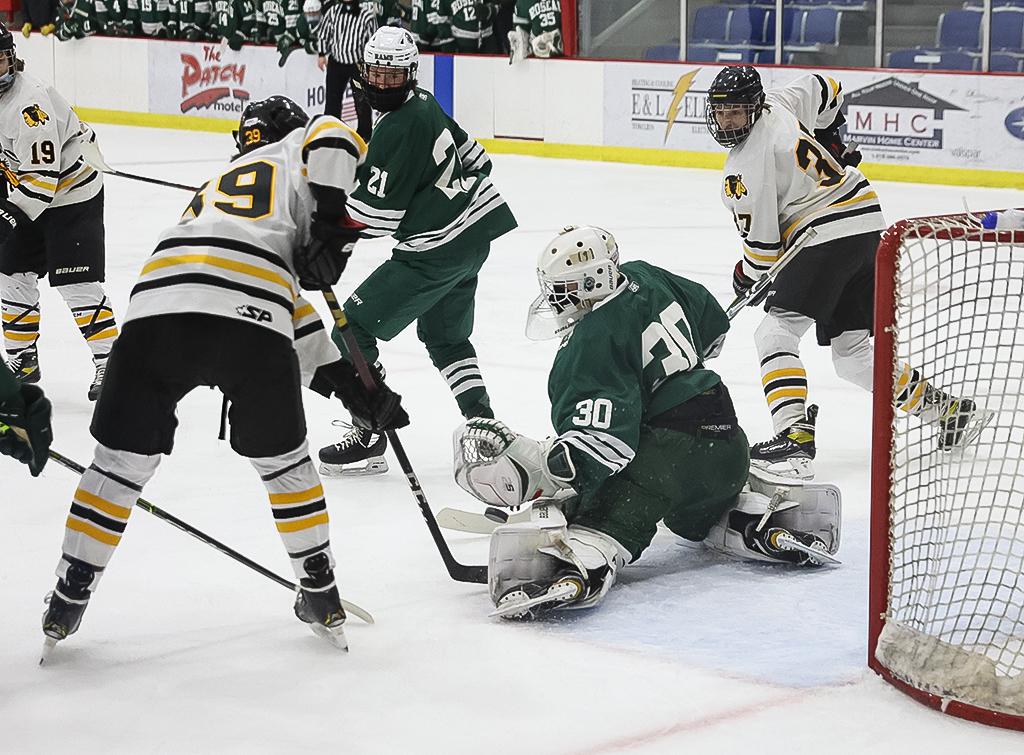 Roseau goaltender Andrew Tuttle makes a pad save in the first period. He finished with 25 saves to help the Rams to a 4-3 overtime victory at Warroad on Thursday night. Photo by Cheryl A. Myers, SportsEngine

Roseau traveled to Warroad Thursday night to face its longtime rival — one hoping to use home-ice advantage to sweep the regular-season series the first time since 2013-14.

The Rams turned that plan on its head, butting the Warriors' offensive attack with a defense led by senior goaltender Andrew Tuttle and securing a 4-3 victory on an overtime goal from junior forward Max Strand. 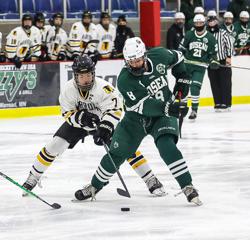 Tuttle tallied 25 saves, including five in the third period and two in overtime, in his return following a COVID-19 quarantine that kept him out of action for the last three contests, all losses for the Rams.

Strand scored the game-winner with 3:32 remaining in overtime to hand the Warriors (3-2-1, 5-3-2), ranked No. 6 in the Class 1A coaches' poll, their second overtime loss this week.

Junior defenseman Thor Byfuglien scored twice, including his second just 41 seconds into the middle period, to give Roseau an early 2-0 lead.

Warroad, however, outpaced the Rams for much of the first two periods and held a 21-13 advantage in shots entering the second intermission. The Warriors also led 3-2 thanks to a power-play unit featuring Jayson Shaugabay, Saizha Norwegian and Blake Norris. The trio combined on two goals, the first from Shaugabay and the second from Norwegian, to even the score midway through the second period. Shaugabay added an even-strength goal with less than minutes remaining in the period.

The Rams tied the game at 3 early in the third period when Byfuglien and Strand set up Paul Huglen's power-play goal.

Roseau (4-3-0, 7-4-0) then used a five-minute man advantage later in the third period to shift momentum in its favor, which the Rams carried into overtime and used to notch a victory that helped erase the sting of a 6-3 home loss to Warroad on Jan. 26. 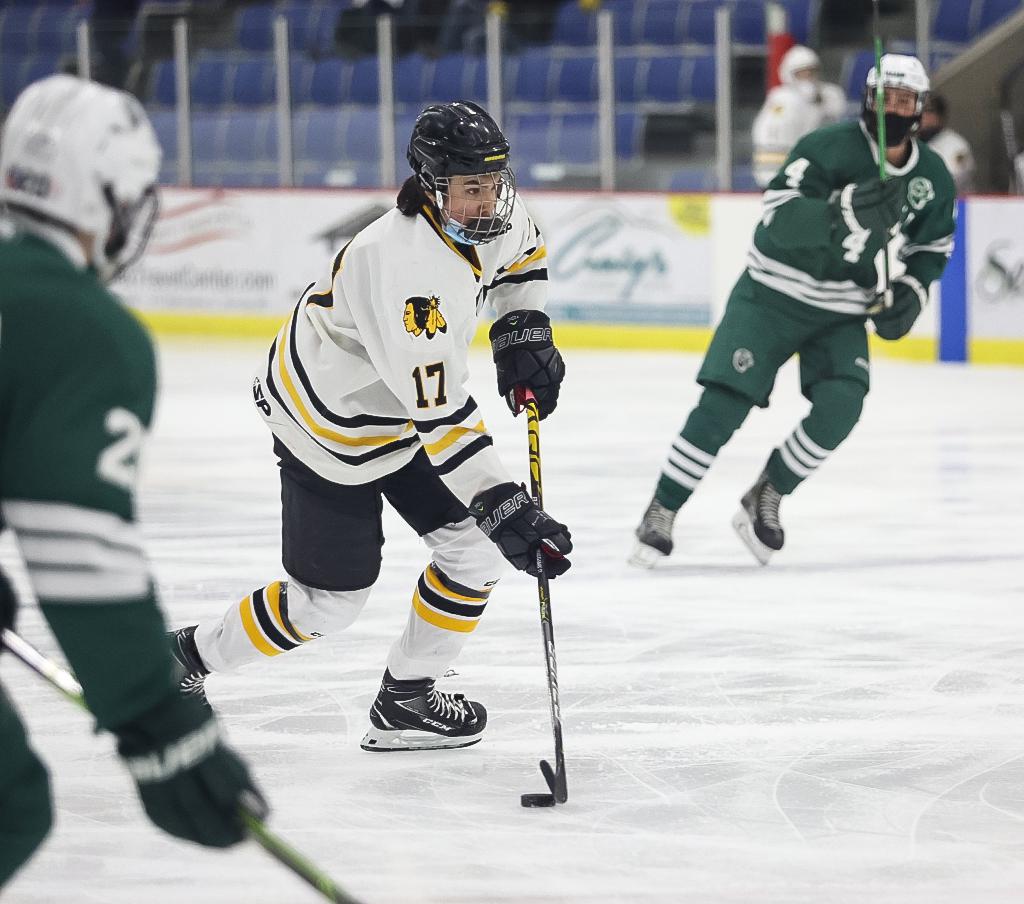 Sophomore forward Jayson Shaugabay (17) carries the puck through defenders in the neutral zone. Shaugabay scored two goals and added an assist in a 4-3 overtime loss to Roseau. Photo by Cheryl A. Myers, SportsEngine