The Cougars, led by Tanner Ludtke's two goals, remained undefeated as they beat the Crimson. 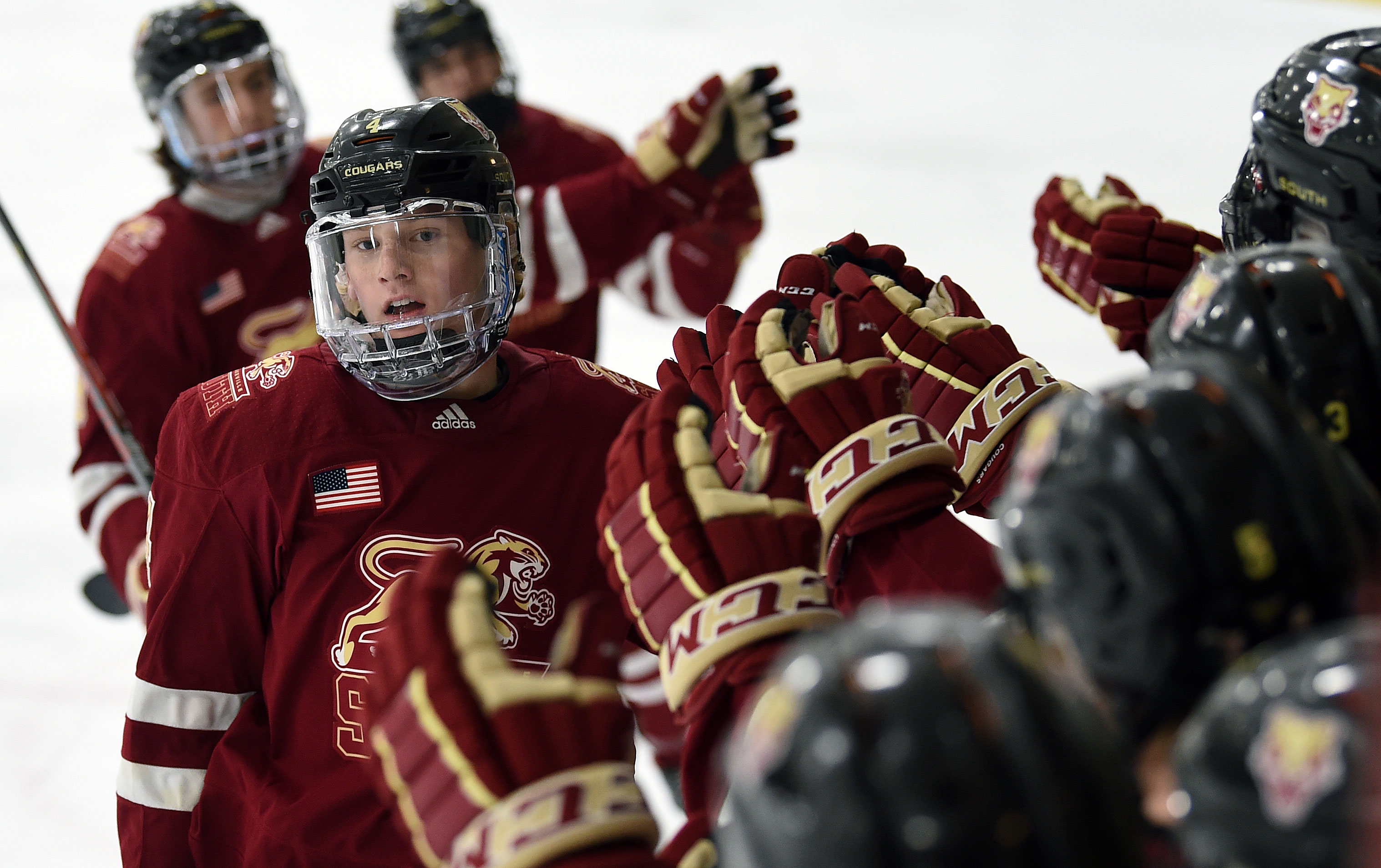 Tanner Ludtke’s repeated run-ins with Kyle Kukkonen on Tuesday night weren’t particularly amicable. Kukkonen, Maple Grove’s Mr. Everything, snapped Ludtke’s stick in half with a second-period slash, then drilled the Lakeville South sophomore in the knee with a blistering shot in the closing seconds.

Ludtke, who also was bowled over by a Crimson player behind the play in the third period (no penalty was called), overcame all the unwanted attention and related bumps and bruises by scoring twice in the Cougars’ 4-3 triumph in the much-hyped battle of late-season unbeatens at the Maple Grove Community Center.

For Ludtke, a victory never hurt so good.

“They’ve got tons of skill guys, so it was a lot of fun,” he said about the Crimson (15-1-0), ranked No. 1 in the Class 2A coaches’ poll. “I think emotionally it ranked pretty high compared to any game I’ve played in, it kind of had a Tourney-like feeling.” 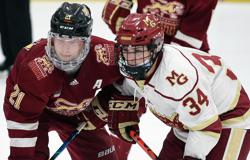 Ludtke tied the score at 1-1 in the first period, then sparked a three-goal flurry in the second as No. 3-2A Lakeville South (14-0-1) surged to a 4-1 lead. The goals were Ludtke’s 11th and 12th of the season, and he proved yet again his worth alongside seniors Cade Ahrenholz and Cam Boche on one of the state’s most deadly forward lines.

“He brings all kinds of things,” Lakeville South coach Janne Kivihalme said about Ludtke, who has committed to play at Nebraska-Omaha. “He can score goals, he can make plays, he can defend. He’s a competitor.”

Ludtke’s first-period goal came on a gorgeous top-shelf snipe. He went low left with his second goal. But perhaps his biggest contribution was the block on a Kukkonen blast as the Crimson, having pulled goaltender Jack Wieneke in favor of an extra skater, applied heavy pressure in the Cougars’ end in the closing minute.

“He’s going to do great things in his career,” Ahrenholz said about Ludtke. “We knew that we needed him tonight. We needed everyone on that ice, and he stepped up and made some big plays.”

Maple Grove beat Lakeville South 5-2 in a holiday tournament in St. Louis Park in the teams’ lone regular season meeting last season. The Crimson beat the Cougars again, 3-0, in the consolation round of last year’s state tournament. They were scheduled to play twice this season but both games were cancelled when schedules were trimmed from 25 to 18 games because of COVID-19 restrictions. Tuesday’s game was made possible because of recent cancellations on both teams' schedules.

It served as something of an eye-opener for Maple Grove, which had outscored its opponents 126-23 entering the matchup.

“That goal (Ludtke) had, that was a beautiful snipe,” Maple Grove coach Todd Bergland said. “That line played real well tonight. And I don’t think our No. 1 line played their best game tonight.

“(Kukkonen) didn’t have a lot of time and space tonight. He was frustrated. They were on him as soon as he got the puck.”

Kukkonen, a senior and Michigan Tech commit who ranks second in the state in scoring with 57 points and is a surefire Mr. Hockey finalist, managed just one assist. Lakeville South’s top line was involved in three of the team’s four goals.

“Two powerhouse lines,” Ahrenhoz said. “We knew we were going to see them a lot. We just had to be better than them.” 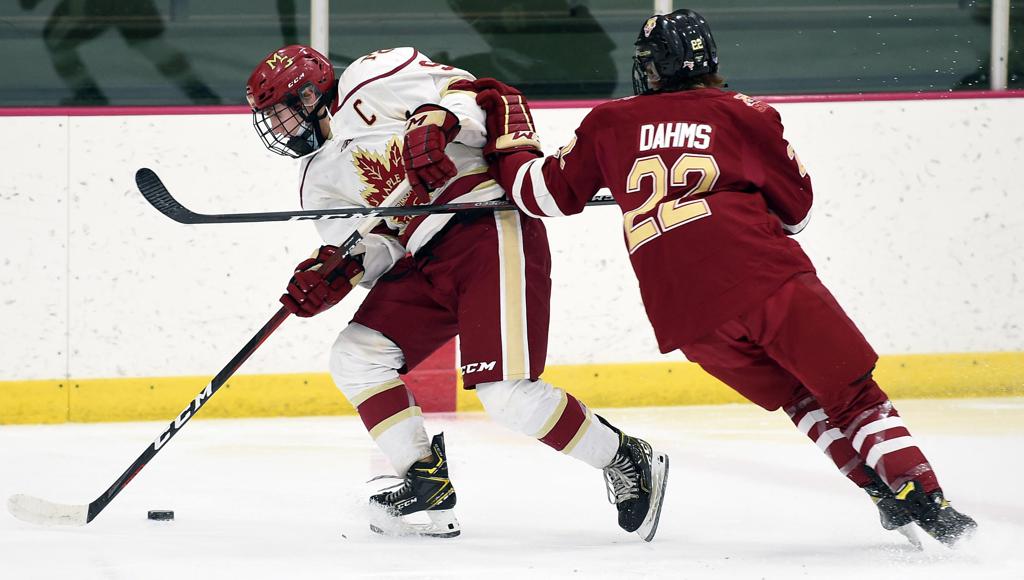 Maple Grove rallied with goals by Chris Kernan and Henry Nelson in the final 4:20 of the second period to close to within 4-3. Josh Giuliani opend the scoring for the Crimson, who had outscored their opponents 126-23 entering Tuesday’s game.

Ben Portner and Cam Boche added goals for Lakeville South, which had outscored its opponents 87-14.

Maple Grove goaltender Jack Wieneke finished with 19 saves while Lakeville South’s Ethan Dahlmeir had 24, including 11 in the third period.

Maple Grove beat Lakeville South 5-2 on Dec. 28 in a holiday tournament in St. Louis Park in the teams’ lone regular season meeting last season. They were scheduled to play twice this season but both games were cancelled when schedules were trimmed from 25 to 18 games because of COVID-19-related restrictions. The game was made possible because of recent cancellations on both teams' schedules.