Dylan Godbout led the Pioneers to a 7-3 rout of the Cadets, including a five-goal second period. 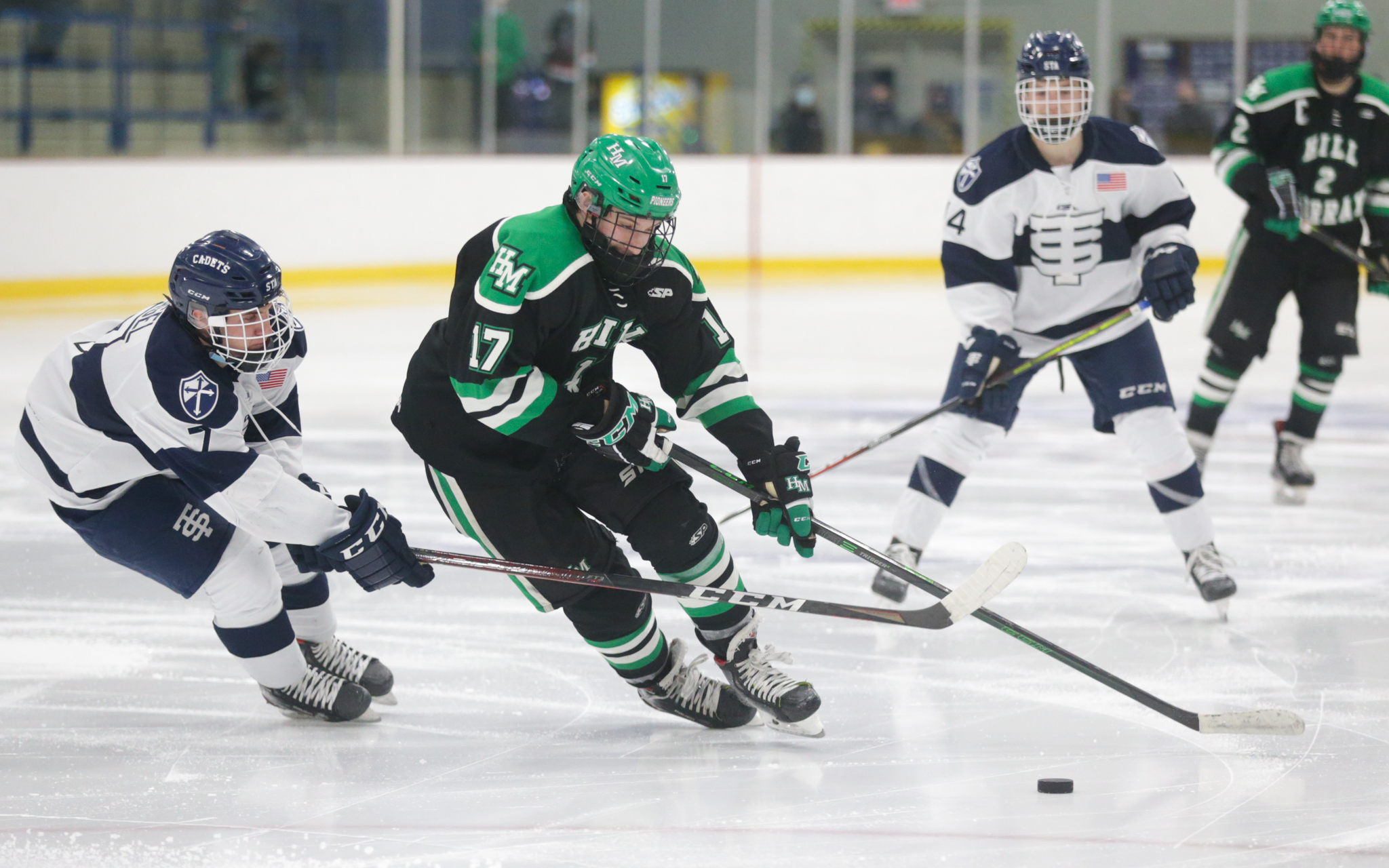 Hill-Murray's Dylan Godbout (17) circles in the offensive zone moments before scoring his second goal of the game against St. Thomas Academy Tuesday night. The Pioneers defeated the Cadets 7-3 in Mendota Heights. Photo by Jeff Lawler, SportsEngine

The fifth-ranked team in the Class 2A coaches’ poll has rattled off 10 consecutive wins, including a dominant 7-3 victory over the last team to beat them — the No. 7-2A Cadets (10-3-3) — on Tuesday at St. Thomas Ice Arena. With the win, the Pioneers clinched the Metro East Conference crown for the second consecutive season.

“We’ve been trying to find an identity lately and I think we found it in this game,” Hill-Murray forward Dylan Godbout said. 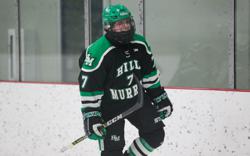 That identity isn’t behind a 60-point scorer or one strong line, it’s an all-around team effort. On Tuesday, the Pioneers had seven players score at least two points, including Godbout, who finished with two goals and an assist. On the season, Hill-Murray has eight players with at least 15 points. The team has three more who’ve scored at least 10.

“That’s been going on, literally, it’s been going on since the last St. Thomas (game). When you look, it’s not like you have to rely on one line or two lines… The way we play our systems, we play six D, we play 12 forwards,” Pioneers’ coach Bill Lechner said. “We have balance… that’s a big plus.”

Another part of that identity is the team’s ability to stay the course, even when falling behind early like the Pioneers did on Tuesday. After an early mishap that allowed St. Thomas Academy junior Tyler Grahme an easy goal one-on-one against Hill-Murray goaltender Nick Erickson, the Pioneers roared back with a five-goal second period.

“Our protocol is, ‘Keep the game simple.’ Don’t be too cute, see what’s going on, see how you’re feeling,” Lechner said. “Then we try and kick it in, and it worked again tonight.”

True to the team’s all-around form, five different skaters scored for the Pioneers in the second period. Godbout started the onslaught to tie it 1-1. After St. Thomas Academy forward Jackson Hallum briefly retook the lead for the Cadets, Hill-Murray scored four unanswered.

“We were just working as a team, getting pucks deep, wearing down their (defense),” Godbout said. “Our team speed is incredible, and we used it to our advantage tonight.”

Hill-Murray senior defenseman Joe Palodichuk put the Pioneers back on top with a snipe from just inside the blueline on a power play and senior forward Triston Tabucol extended the lead to 5-2 with 11 seconds remaining in the period. Both players finished with a goal and an assist.

Two quick goals coming within the first three minutes of the third period put the game out of reach for the Cadets.

Despite clinching the conference title and putting together yet another dominant win, Lechner wants his team to stay focused on their next game on Saturday against Blake. The Pioneers have lofty aspirations and Lechner said they haven’t “arrived” just yet.

Their goals for the rest of the year? 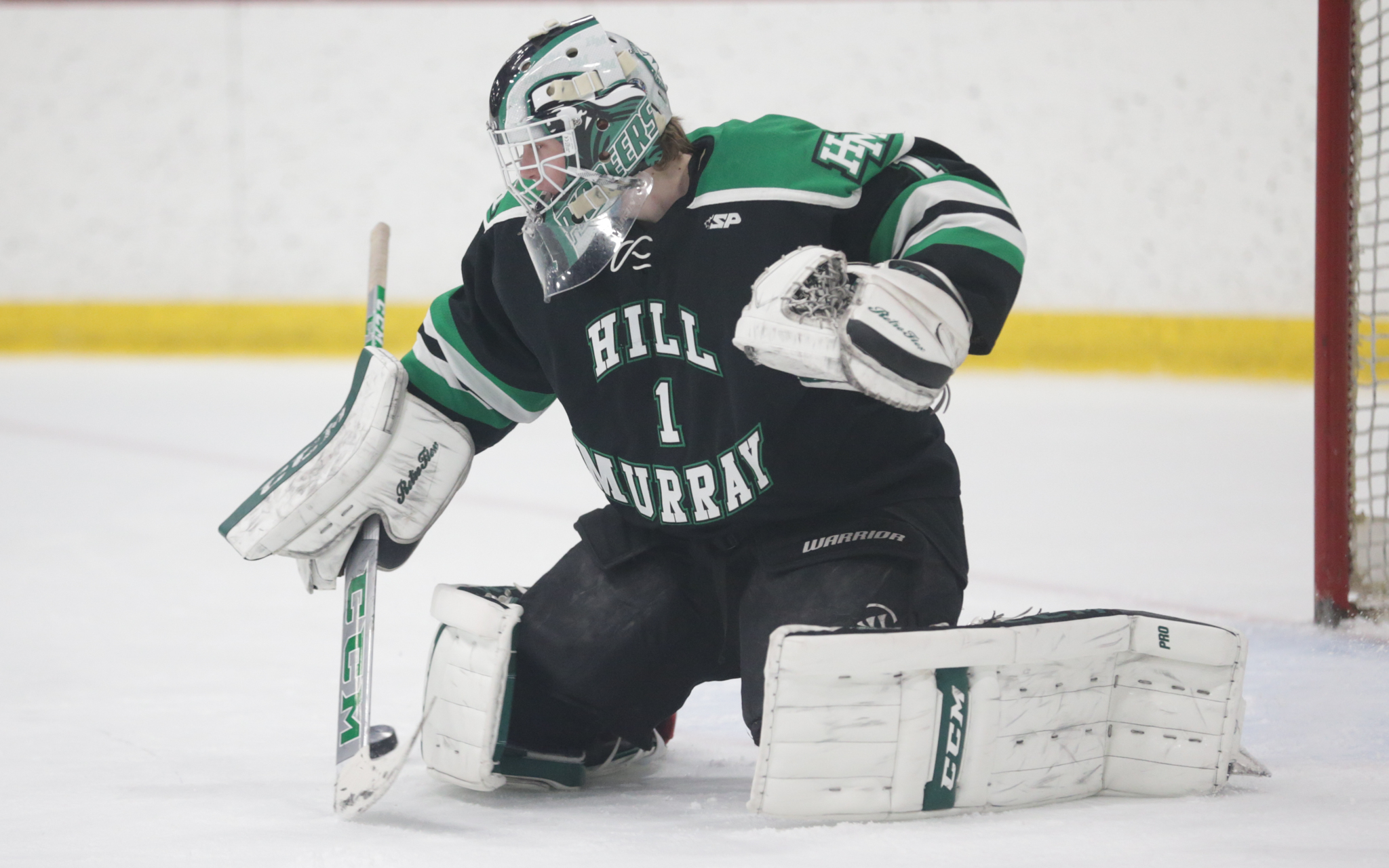 Hill-Murray rode a five-goal second period to a 7-3 win over St. Thomas Academy on Tuesday at St. Thomas Ice Arena. The win was the Pioneers’ (15-2-0) 10th straight.

The Pioneers, ranked No. 5 in the Class 2A coaches’ poll, fell behind early after turning the puck over in their zone, which allowed St. Thomas Academy’s Tyler Grahme a one-on-one opportunity against Hill-Murray goaltender Nick Erickson. Grahme converted to give the No. 7-2A Cadets (10-3-3) an early 1-0 advantage.

Neither team added another in the first, but the Pioneers came back with a vengeance in the second. Dylan Godbout got the scoring started at the 3:29 mark in the period, which was quickly followed by a power-play goal from St. Thomas Academy forward Jackson Hallum. Hallum had a two-point night for the Cadets with an assist on Grahme’s goal in the first.

The Pioneers then scored four unanswered, including a deflection from senior forward Triston Tabucol with 11 seconds remaining in the period. Tabucol finished with a goal and an assist and was one of seven Hill-Murray skaters with multiple points, including Godbout, who added his second goal in the third to finish with two and an assist. 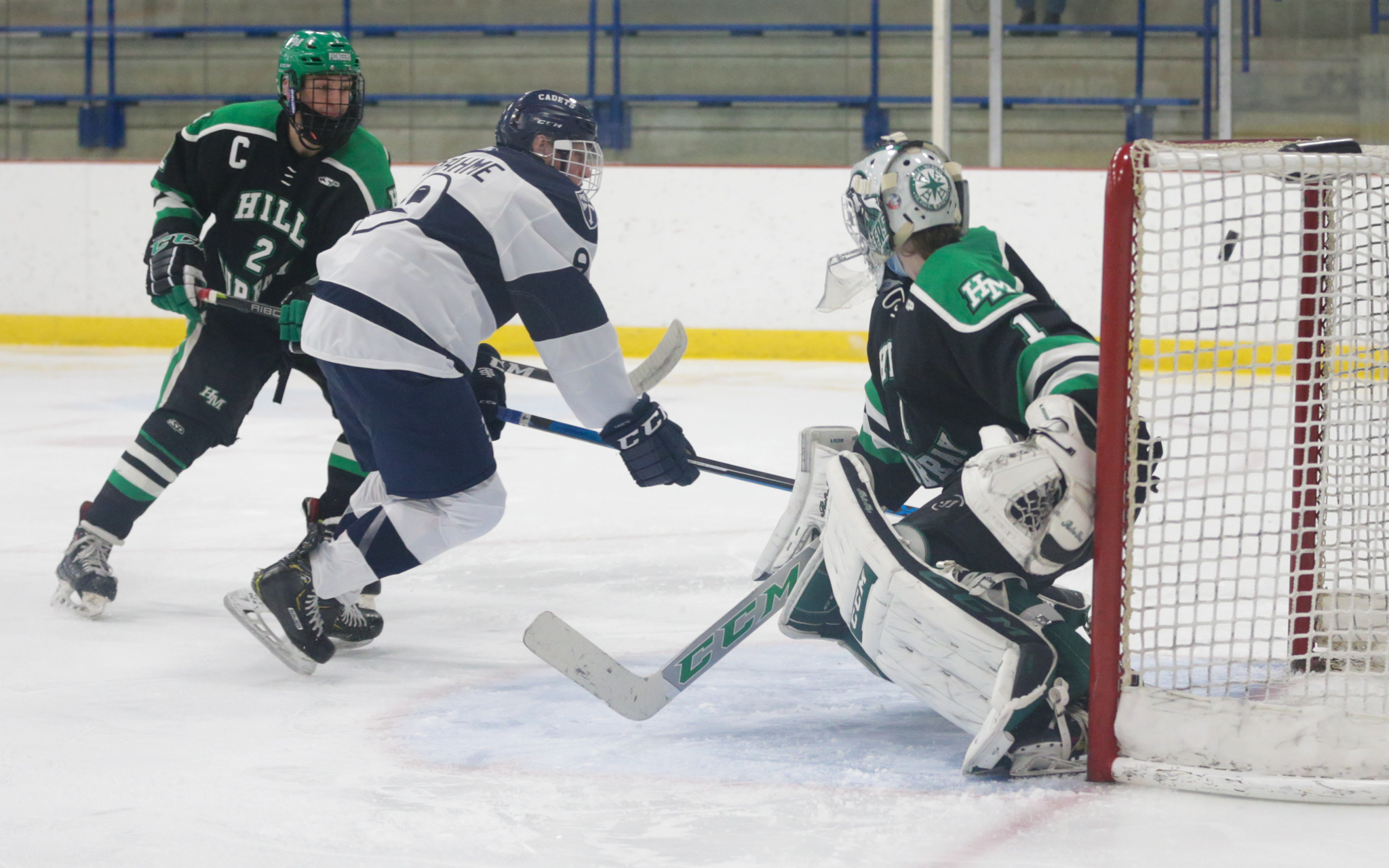