Some favored venues won't be used but the prospect of playing at Xcel Energy Center, even with smaller crowds, provides plenty of motivation. 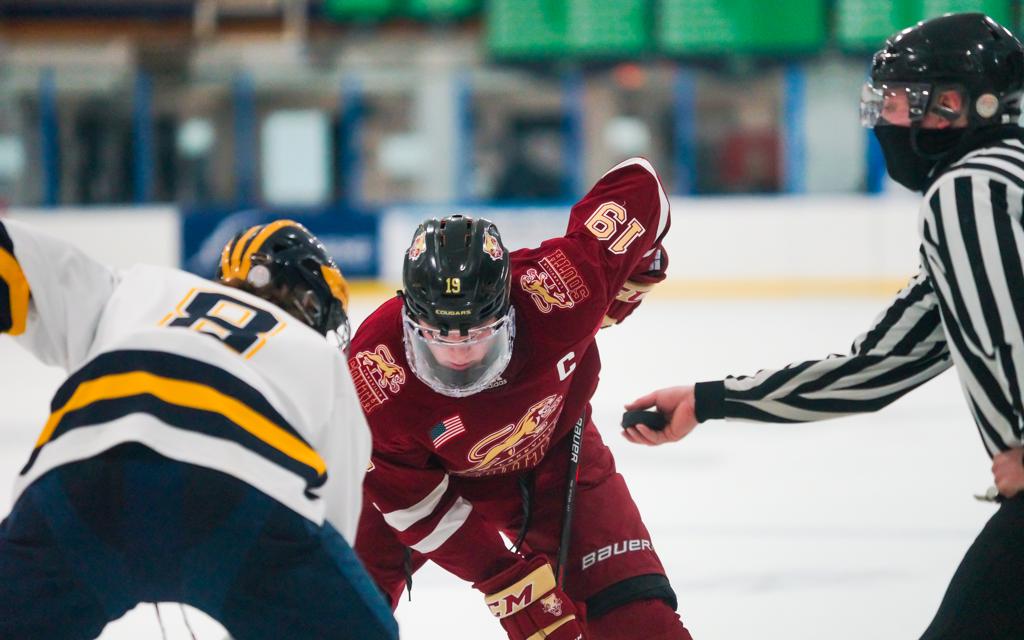 Destination rinks packed with passionate fans cheering their skaters to playoff victories is another COVID-19 casualty. But as hockey section playoff games begin this week, coaches and players know that just the promise of a state tournament means progress from an unsatisfying fall conclusion.

Play-in games dot Tuesday’s schedule, the first steps toward postseason glory – or the chance for teams to at least end their run together on a bench rather than alone on their couch.

The girls’ state tournament quarterfinals on March 26 and 27, and the boys' quarterfinals on March 30 and 31, will be played at Xcel Energy Center in front of crowds limited to 250 people. But for the semifinals and finals from April 1-3, Gov. Tim Walz's loosening of venue spectator restrictions could raise those limits.

“When you lose a game, you can look each other in the eye and talk about how you came up short,” Andover boys’ coach Mark Manney said. “To have your season ended by a virus that you can’t completely control, that leaves a different kind of scar.”

Close to a dozen boys’ and girls’ hockey teams combined won’t enter the postseason, including boys' teams at Rochester Mayo (12-4-1) and tradition-rich Duluth East (6-8-2), a traditionally tough out in the playoffs.

“We were starting to find our game and then we woke up one day to find one of our players had a positive test and we were done,” Greyhounds’ coach Mike Randolph said. “We have to watch from afar this year.”

For remaining teams, the intensity and desire remain, even as players battle in high school rinks rather than larger arenas such as Aldrich in Maplewood, Amsoil in Duluth, 3M Arena at Mariucci or Parade Ice Garden in Minneapolis.

Edina girls’ hockey coach Sami Reber reframed the new-look road to state as an opportunity for players on teams with higher seeds to enjoy a home playoff game. Reber’s Hornets have not played an elimination game at Braemar Arena since Feb. 2015.

“We’re excited for home ice,” said Reber, whose second-ranked team is 17-0 and holds the top seed in Class 2A, Section 6. “Especially this year, with the different protocols at different rinks, it’s nice to know we won’t have any curveballs thrown at us.”

Edina, runner-up a year ago, is favored to meet No. 1 and defending champion Andover (17-0).

Such a scenario marks progress from last fall, when without playing a postseason game, Andover’s football team was named Section 7 champions in Class 5A. The Huskies held the No. 1 seed in November when their would-be section final was canceled by Walz’s four-week pause on youth sports.

Manney said his players have taken the challenge of repeating as Section 7 hockey champions to heart on and off the ice.

“We’ve asked our kids to tighten their circle of friends,” Manney said. “All of them stayed in distance learning through the end of the trimester. We are on spring break this week but some of our kids might choose to stay home once school resumes until our season ends.”

Unbeaten Lakeville South (15-0-2), ranked No. 1 among boys’ teams in the current Let’s Play Hockey poll, is the overwhelming Section 1 favorite.

Other sections feature multiple top-10 teams. In Section 2, No. 2 Eden Prairie must fend off No. 9 Prior Lake, an emerging team led by a strong junior class.

No. 7 Cretin-Derham Hall (17-1) holds top honors in Section 6 but lacks the grittier schedule of No. 10 Wayzata.

No. 5 Andover and No. 6 Grand Rapids offer the potential for a great North-South final in Section 7.

No. 3 Maple Grove, ranked first much of the season, is favored to emerge from Section 5. And Defending Class 2A champion and fourth-ranked Hill-Murray is the team to beat in Section 4. Long-time rival White Bear Lake won’t have standout forward Lleyton Roed, who was ruled ineligible for postseason competition by the Minnesota State High School League for rejoining his high school team from the junior ranks past the deadline.

Most Class 2A teams will play for the section title on March 24.

To repeat as Class 1A state champions, Mahtomedi must first escape Section 4 and undefeated Gentry Academy. The latter is a Vadnais Heights-based private school in its third season offering varsity hockey.

On the girls’ side, several teams are aiming to derail the anticipated Andover-Edina championship showdown.

No. 3 Minnetonka, which lost 4-3 to Andover in the semifinals of last season’s state tournament, is favored in Section 2. And No. 4 Benilde-St. Margaret’s will challenge Edina for Section 6 supremacy.

The beasts in the east, No. 5 Hill-Murray and No. 6 Stillwater, are likely to duke it out for Section 4 honors. Hill-Murray missed four of its final eight games due to players testing positive for COVID-19.

In Class 1A, three-time defending champion Breck has struggled since the sudden departure of coach Steve Persian. The Mustangs lost their final eight games, though battled well against several top Class 2A teams. No. 1 Warroad and No. 2 Gentry Academy will be in the championship mix as well.

Most girls' section championship games are set for Saturday.