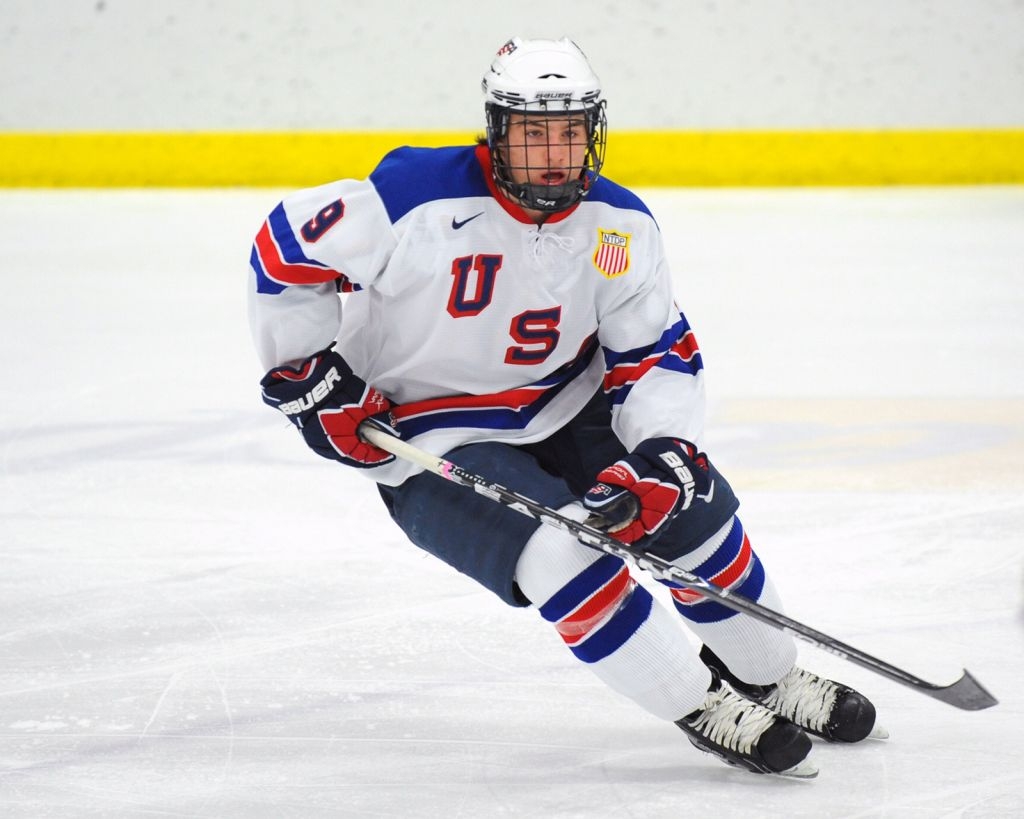 Instead of skating with long-time neighborhood buddies Blake Winiecki, Justin Kloos, Alex Harvey and others on their respective high school teams at Lakeville North and South, they're forced to Skype instead. Sometimes it's about girls. Mostly it's about the sport they love.

They made that choice almost two years ago knowing there would be drastic changes once they accepted the opportunity to join the U.S. National Team Development Program, based in Ann Arbor, Mich.

For Skjei, it was a tough decision. For Osterberg, it was an obvious one.

"If I didn't make that tournament, it would have been a lot harder because that was one of my dreams as a kid," said Skjei, a defenseman who helped lead Lakeville North to the Class 2A state tournament in the 2009-2010 season.

Skjei got the offer right away. Osterberg, a smaller player, had to put a little extra time into it, battling through different levels and layers of camps before finally getting the invitation at the national camp in New York.

"A lot of people thought that I wasn't going to be able to because of my size and all of that stuff but I think I really proved people wrong," said Osterberg, a forward who led all high school freshmen in scoring at Lakeville South with 19 goals and 44 assists two seasons ago.

"Once I got that offer, I had to accept it. It was my goal from the beginning, and I was so relieved that I got it. There was no way that I was going to say no."

The program's goal is to identify and train the country's top young hockey players while preparing them for international play and their careers. After spending one year with the Under-17, Skjei and Osterberg, who played together in squirts, are now with the Under-18 squad.

Each went through a tough transition when they first arrived in Ann Arbor with their assigned billet families and new high school.

"That seemed like forever -- those first two months being away from home," Skjei said. "Just totally changing your lifestyle."

This year is flying by. Both just returned from the Four Nations Cup in Switzerland, where the U.S. claimed the championship after winning all four games. It's one of the development program's many incentives and perks.

"The atmosphere and the scenery -- it was amazing," Osterberg said.

They're also gaining invaluable experience against a tough schedule. The Under-18 team faces international competition, teams from the United States Hockey League and some of the nation's top college hockey programs.

Skjei, who has tallied five assists through 19 games, is committed to play for the Gophers next year. Osterberg, with two goals and six assists, will play one season with Omaha in the USHL before joining Minnesota Duluth as a true freshman in 2013.

Since joining the development program, both have been rounding out their games. Skjei, who left Minnesota as an offensive defenseman, will return as a shutdown blue liner who can head the rush and dictate play at each end of the ice. Osterberg, who has confided in his role model and former NTDP player Jordan Schroeder, has gotten smarter, faster and stronger in and away from the play.

They don't come home until Dec. 21 for the holiday break. That could leave time for a little pond hockey with old friends instead of chatting on the internet.

"That's probably one of the things I miss the most, just going to high school with all my friends and everything," Skjei said. "I really enjoy where I'm at right now. I feel I'm getting better as a hockey player. I have no regrets. I'm happy I came here but I do miss Minnesota and high school hockey."