Class 1A games are Tuesday while Class 2A plays Wednesday, all at Xcel Energy Center. 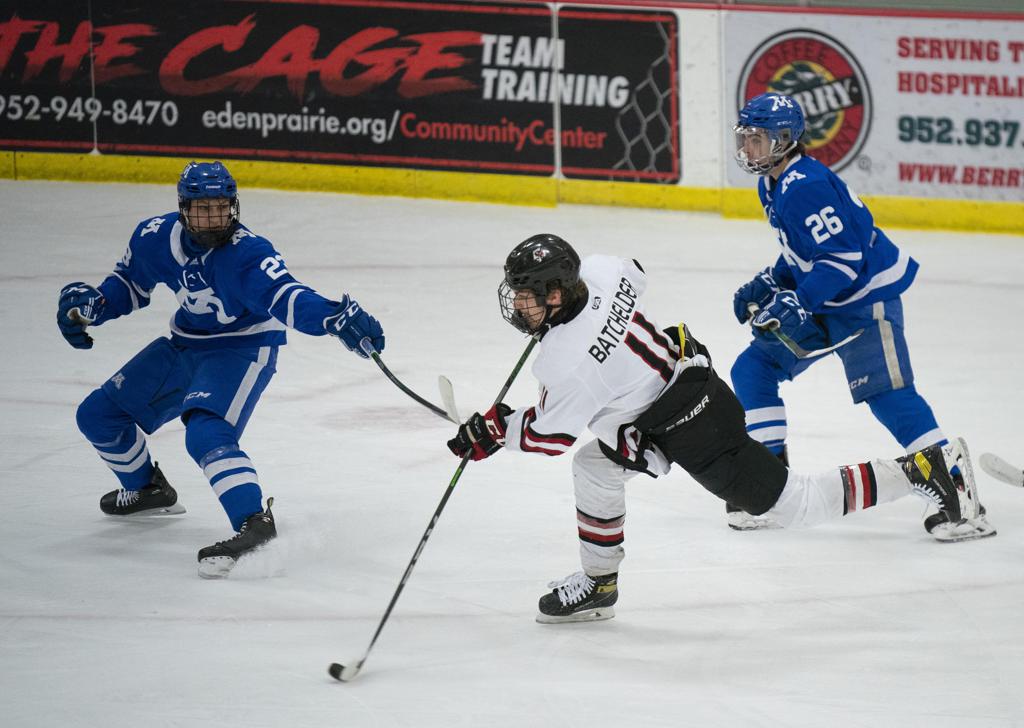 The two second-place finishers from last year, Eden Prairie in Class 2A and Hermantown in Class 1A, drew the top seeds in state tournament pairings announced Friday morning by the Minnesota State High School League.

A rematch of last year’s Class 2A state championship is a possibility, and likelihood based on the coaches’ voting that determines the seeds, as defending champion Hill-Murray was seeded No. 2.

Eden Prairie, which opens against unseeded St. Thomas Academy on Wednesday evening, and No. 4 seed Maple Grove, which spent much of the season ranked No. 1 in the Class 2A coaches’ poll, each have one loss. Hill-Murray and No. 5 seed Andover each have two.

Gentry Academy, a third-year varsity program based in Vadnais Heights, is one two undefeated teams in the state tournament along with Class 2A qualifier Lakeville South, which drew the No. 3 seed.

Seven of the eight Class 2A tournament teams were in the field last year, with Section 6 qualifier Wayzata the lone exception. The Trojans are making their first state tournament appearance since 2017. Hermantown and Delano are the only returners from last year’s Class 1A tournament field.

April 3 is championship Saturday, with Class 1A at 6 p.m. and Class 2A at 8 p.m., preceded by the girls' hockey championships that morning.

All games are at Xcel Energy Center.