David La Vaque has covered all but one state hockey tournament game since 2009 and has worked as a Star Tribune high school sports reporter since 2004. His favorite tournament experiences include cheering for alma mater St. Paul Johnson in 1991 and staying for most of the Apple Valley/Duluth East marathon semifinal game in 1996. Loren Nelson has covered every state tournament for the MN Hockey Hub/Star Tribune since 2009. He attended many, many other Tourney games as a high schooler from the far northern reaches of Minnesota making the annual pilgrimage south to the old St. Paul Civic Center in the 1980s. 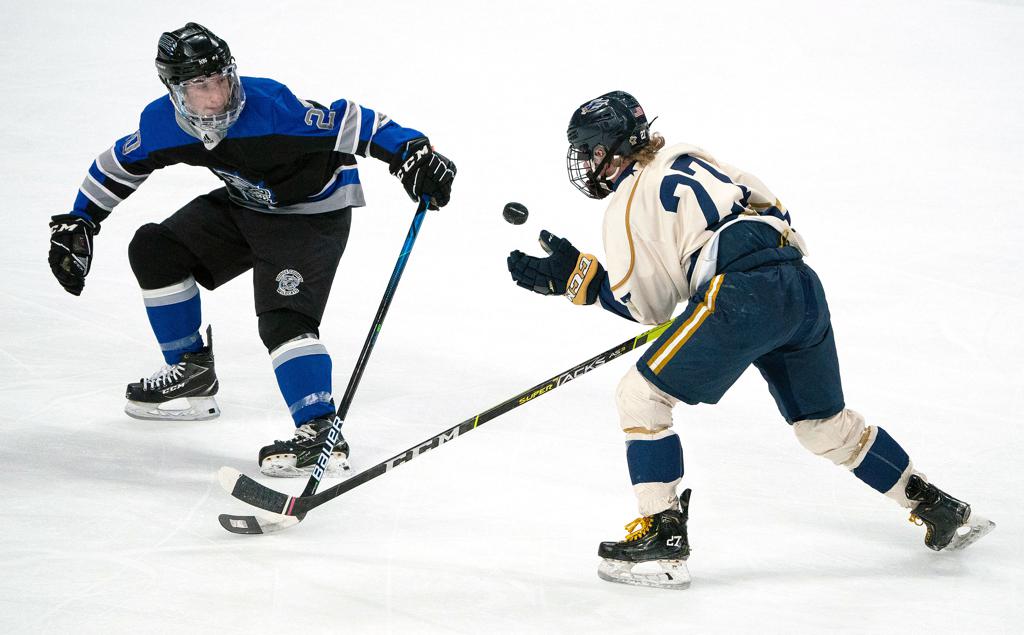 The first installment of our daily 2021 All-Tournament Team selections, as selected by Loren Nelson and David La Vaque.

FORWARDS
Zam Plante
Hermantown | Sophomore
Turned in one of the great performances in state tournament history, given the circumstances. Circumstances? How about the Hawks fielding mostly a JV team because of COVID-19 exposure to its varsity. How about Plante registering a goal and two assists despite playing with a still-healing separated shoulder and broken thumb. Oh, and he was on the ice for all but a couple minutes of the second and third periods.

Brody Lamb
Dodge County | Junior
Yeah, he was playing against mostly a JV lineup. And his six-goal performance should probably come with an asterisk. Still, Brody Lamb did a whole lot of Brody Lamb things, things like using his speed to make defenders look like traffic cones, finishing breakaways after a whole lot of shake and bake and pouncing on rebounds as if he was an Alaskan grizzly presented with a still-squirming salmon.

Jaksen Panzer
East Grand Forks | Sophomore
Scored two shorthanders among this three goals, all the while chasing pucks with the single-mindedness of a hunting dog on a freshly scented trail.

Connor Brown
Gentry Academy | Junior
Stars players are categorized as forwards and defensemen, but think of those labels more as loose, extremely loose, guidelines. If Brown, for example, wants to rush the puck, which he desires to do often, he has the green light. He scored a goal on a Unicorn-rare — for any other other team — 3-on-0 shorthanded rush.

GOALTENDER
Dane Couture
Little Falls | Senior
The Flyers were outshot and outchanced, but they were most certainly not out-goaltended. Couture was in such a zone Tuesday it would have  taken a wrecking ball to knock him off his game. He finished with 33 saves on 34 shots, giving him a grand total of 119 saves on 122 shots in four playoff games.