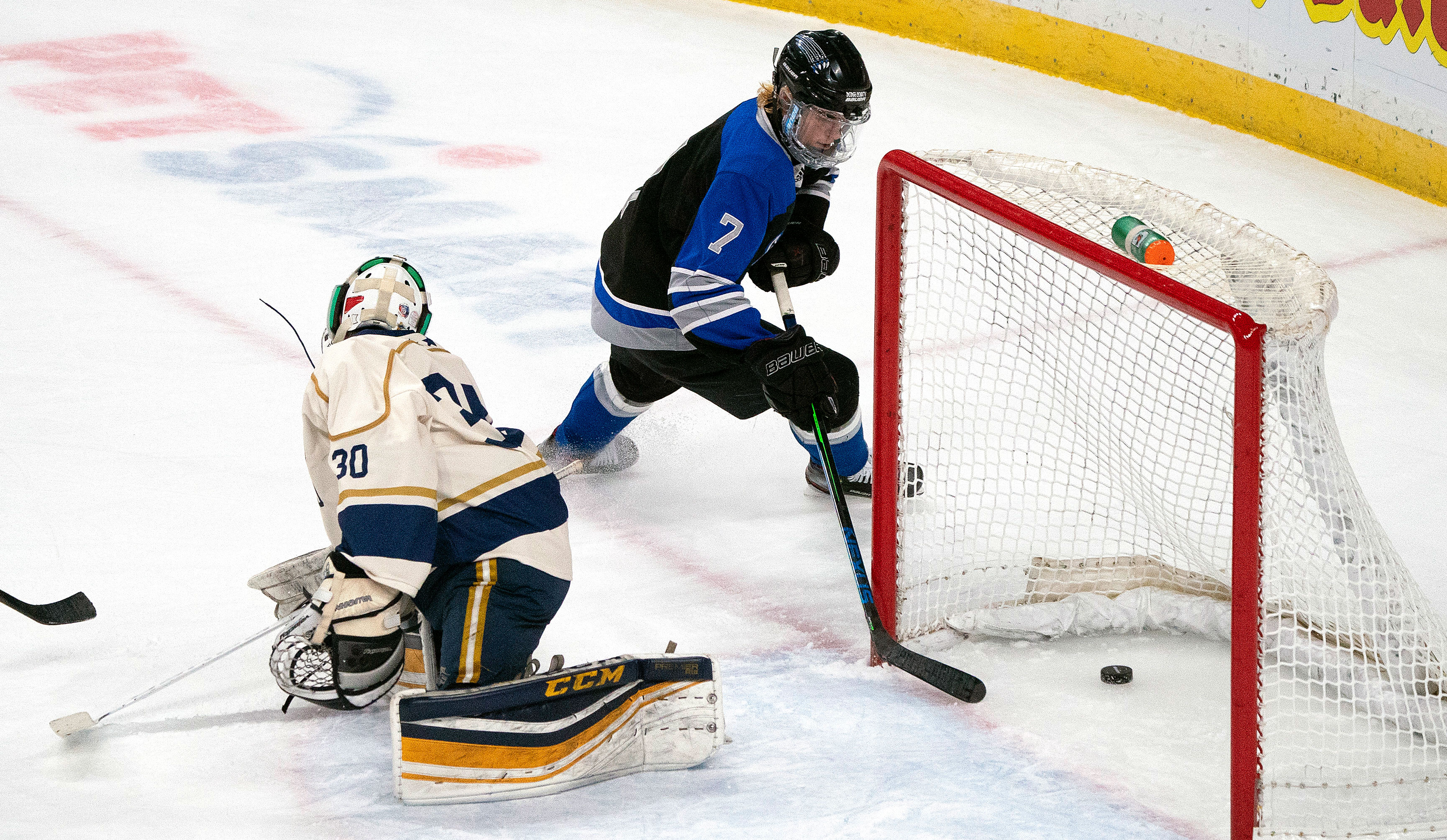 Dodge County’s Brody Lamb and Hermantown’s Zam Plante each expressed sincere appreciation for the other’s performance in postgame interviews after a captivating Class 1A quarterfinal on Tuesday night that ended with Dodge County winning 7-3 behind a stunning six Lamb goals, one shy of Eveleth great John Mayasich’s single-game tourney record of seven.

Plante’s performance was just as sensational, as he had a goal and two assists and played all but a few minutes of the second and third periods despite being slowed by a separated shoulder that hasn’t completely healed and a broken thumb.

That Hermantown, with all but three of its varsity players in COVID-19 quarantine, was able to keep the game close (the Hawks trailed 5-3 late in the third period) with a mostly JV squad was a testament to Plante’s warrior-like performance.

“That was an awesome effort by him,” Lamb said about Plante on Tuesday night. “He obviously anchored their team.”

The duo continued to share the love into the early hours of Wednesday morning in a social media exchange brimming with mutual respect and good sportsmanship.

Lamb posted this about Plante: “Kid knows how to battle, left everything he had on that ice. Much respect.”

Plante replied: “You as well, taken your team on your back and have lead them to a tourney semi, takes a special type of player to do, nothing but respect” 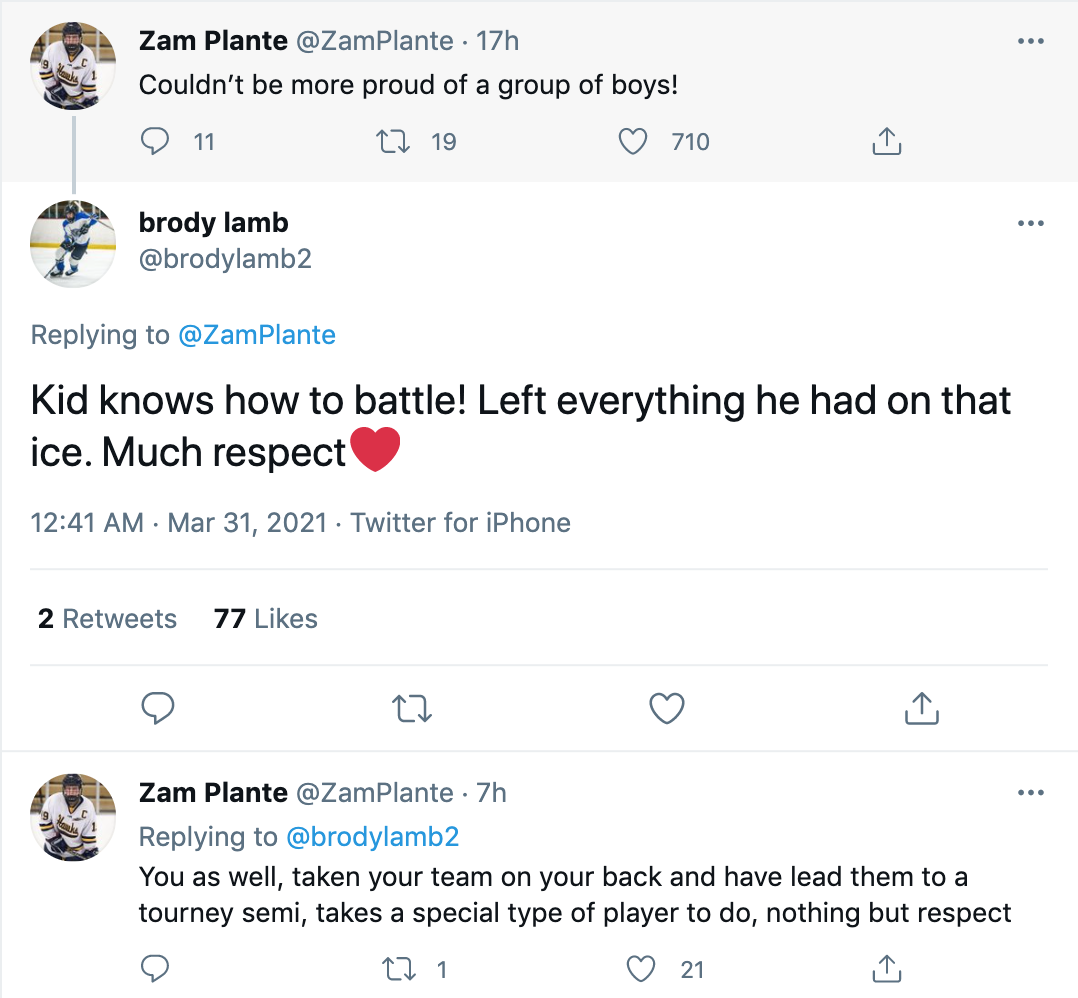 The heavyweight showdown between Lamb and Plante, both of whom will likely finish their high school careers near the top of the state’s all-time scoring charts, was reminiscent of a 1976 state quarterfinal featuring superstars Rob McClanahan of undefeated Mounds View and Steve Christoff of Richfield.

Richfield upended the Mustangs 4-3 as Christoff had two goals and two assists compared to a goal and an assist for his future Gophers and Olympics teammate McClanahan.

Based on their current trajectory, it seems likely that Plante and Lamb will play against, or alongside, each other at higher levels.