Eden Prairie, Lakeville South and Maple Grove each have two players listed among those who excelled in Class 2A quarterfinals. 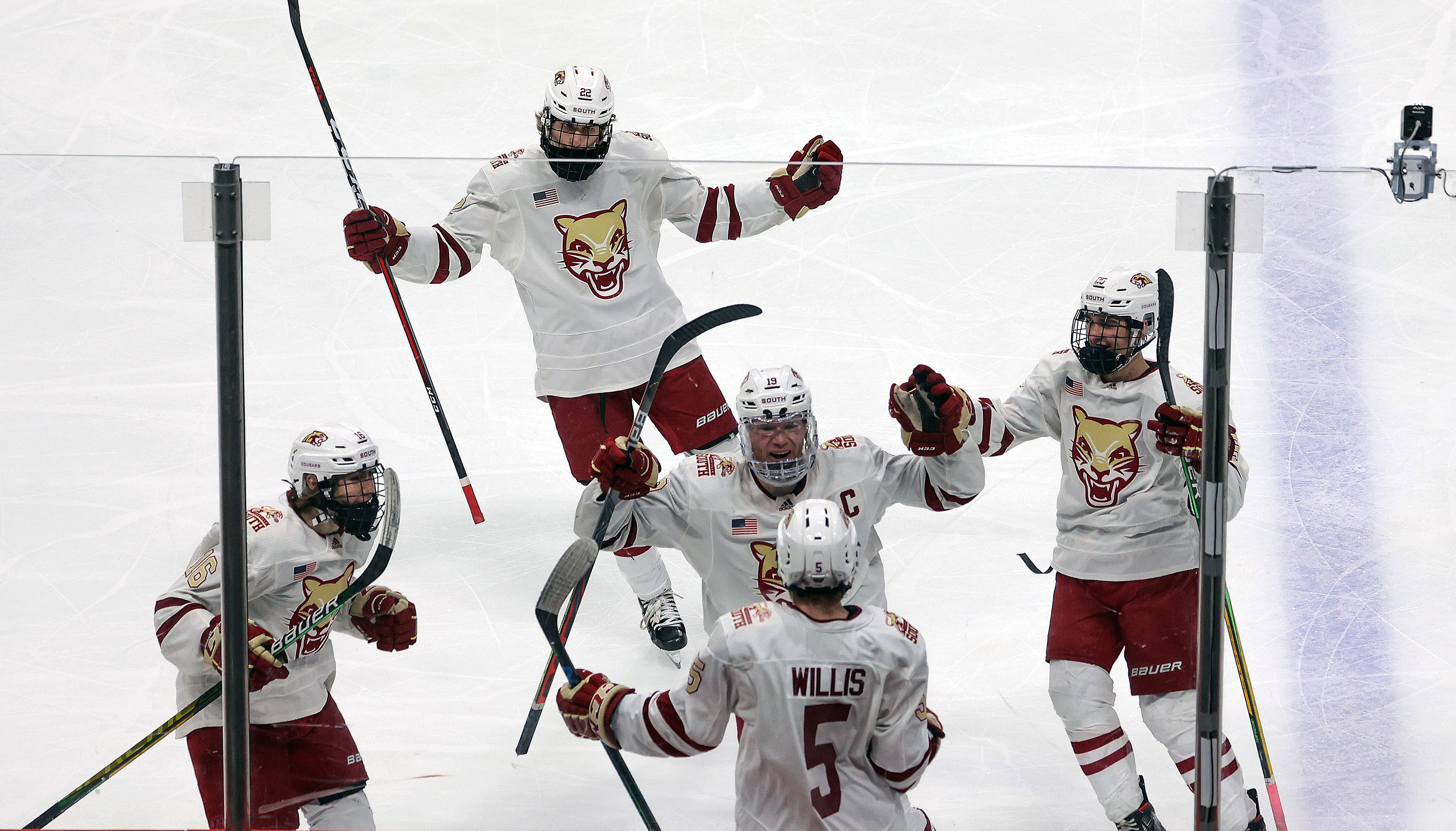 The second installment of our daily 2021 All-Tournament Team, as selected by Loren Nelson and David La Vaque.

FORWARDS
Ian Barbour
Maple Grove | Senior
Barbour doesn’t have a mountain of goals this season (11), but prime time seems to be his time to excell. He scored a power-play goal with 13 seconds left in the first period then clinched Wednesday’s win by scoring again late in the third.

Carter Batchelder
Eden Prairie | Senior
It took a couple periods for Batchelder to work some kinks out of his game, but once he got rolling the rest of the Eagles did the same. Batchelder sparked a five-goal third-period explosion with a rebound goal, then finished the flurry with an empty-netter.

Aidan Willis
Lakeville South | Sophomore
You’d think Willis was a defenseman looking solely at his season stat line — 4 goals, 19 assists. Watching him score a pair of goals in sniper-like fashion on Wednesday, the only question is why doesn’t he have more?

DEFENSEMEN
Henry Nelson
Maple Grove | Senior
When Nelson unloads a shot there’s a better than fair chance the puck’s destination is an upper corner of the net. At least that’s the way it worked Wednesday when Nelson scored a power play goal on a 30-foot blast then was credited with an assist when Kyle Kukkonen re-directed another of his shots into the net’s upper reaches.

Kam Langefels
Eden Prairie | Senior
Scored on a third-period rocket as the Eagles surged to victory. He also had an assist, four shots on goal and shared the team lead with a plus/minus of plus-4.

GOALTENDER
Cody Ticen
Lakeville South | Senior
Ticen and Ethan Dahlmeir have rotated starts all season, but now what? Ticen’s jitter-free, 33-save performance against a surprisingly potent Moorhead team certainly makes him an attractive option in the semifinals.