Little Falls and Dodge County offer examples of kids forming deep bonds starting when they were old enough to skate. 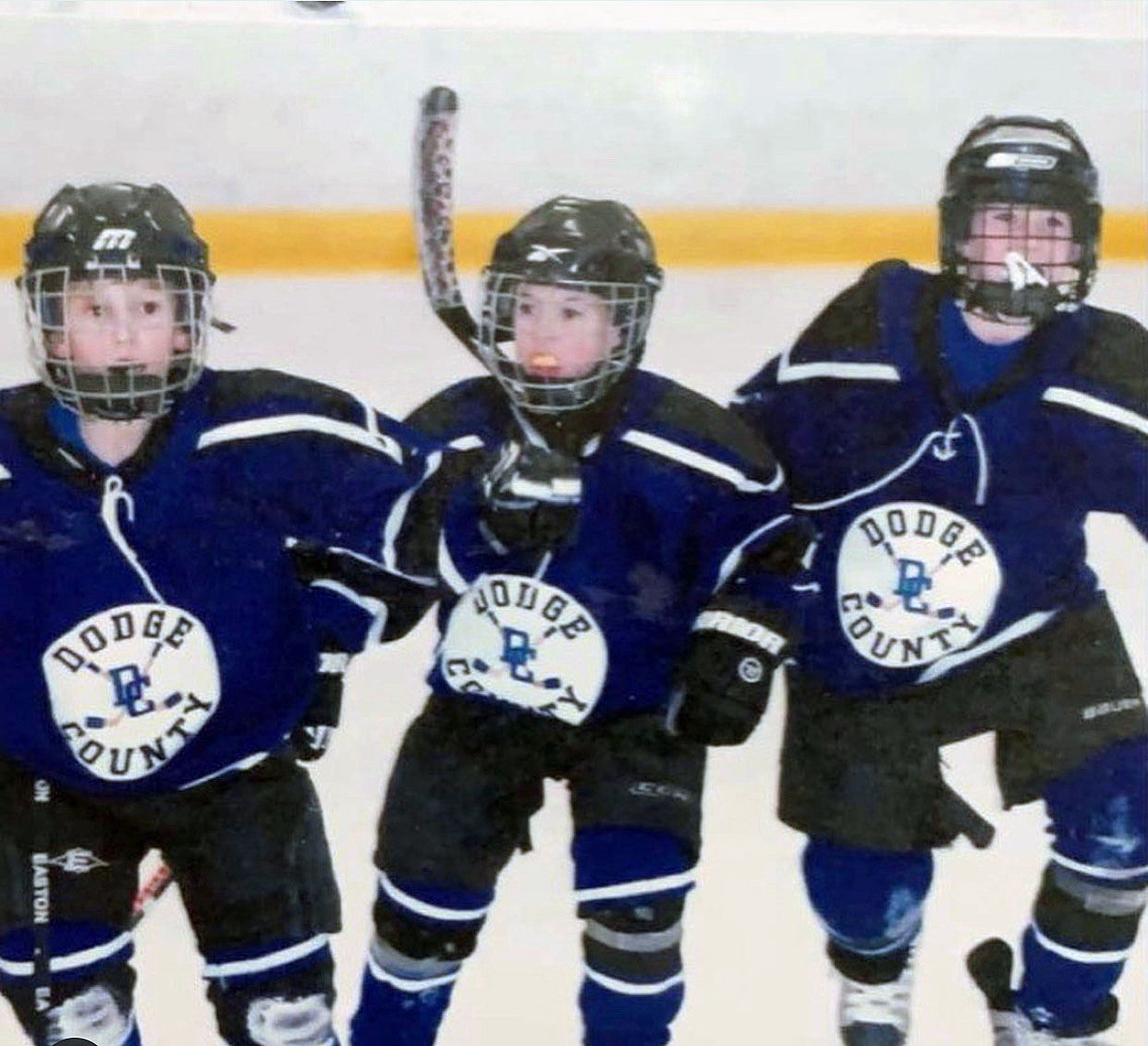 Dodge County's top three scorers (from left to right) Brody Lamb, Matt Donovan and Easton Hammill, have been inseparable on and off the ice since around the time they were seven-year-old Dodge County Squirt Cs celebrating goals. Contributed Photo

As an Iowa kid so infatuated with Minnesota hockey and the possibilities it offered, Jeff Lamb moved with his mother from Waterloo to an apartment in Rochester. The aftershocks of that decision made four-decades ago are still being felt today, as Lamb, who starred for Rochester Mayo and later in college at Denver, is the father of Dodge County’s Brody Lamb, one of the most watched and talked-about players in this year’s state tournament.

“I am a huge fan of the Minnesota community hockey model,” Jeff Lamb said. “It is so healthy for the kids and provides such great memories.”

Some of those memories have been rekindled this week as parents dig through scrapbooks and scour hard drives for digital images. One of the best of the stumbled-upon photos not only screams community hockey but also just plain old fun. It shows Brody Lamb, Matt Donovan and Easton Hammill, none of them bigger than a fire hydrant, celebrating a goal as wide-eyed Dodge County Squirt Cs.

These days the trio not only lead Dodge County in scoring but remain best buddies. They are hotel roommates, along with Gavin Giesler, this week as the unseeded Wildcats prepare for Friday’s 1 p.m. state Class 1A semifinal against No. 4 Little Falls.

The community hockey model also is thriving in Little Falls. The Flyers have 11 seniors in the their lineup, kids who have been inseparable on and off the ice since they graduated kindergarten. They were youth hockey standouts who helped Little Falls reach the state Bantam A tournament in 2018.

“You don’t alway, in smaller towns, get 11 seniors to stick with their programs,” said Little Falls coach Tony Couture, who has guided the Flyers to seven state tournaments. “It’s never been a situation where we have gone to the state tournament after doing some kind of miracle work with them. There’s always a big connection with success at the youth level.”

For Dodge County, this week’s extra bonding is merely an extension of their youth hockey routines, when the Lambs would host sleepovers almost every weekend. Donovan, Hammill and Giesler were among the regular attendees taking advantage of the Lambs’ mini-ice arena (a storage shed-turned-hockey rink each winter).

“They would finish a Squirt or Pee Wee game and then all come over to our house in the afternoon,” Lamb said about the Dodge County group that reached the state Bantam A Tournament in 2019.

Brody Lamb leads the state with 48 goals and 82 points. Linemate Donovan has 25 goals an 29 assists, with most of the helpers coming on Lamb goals.

“We’ve played together our whole lives,” Lamb said earlier this season about Donovan. “I wouldn’t be where I am today if it wasn’t for him.”