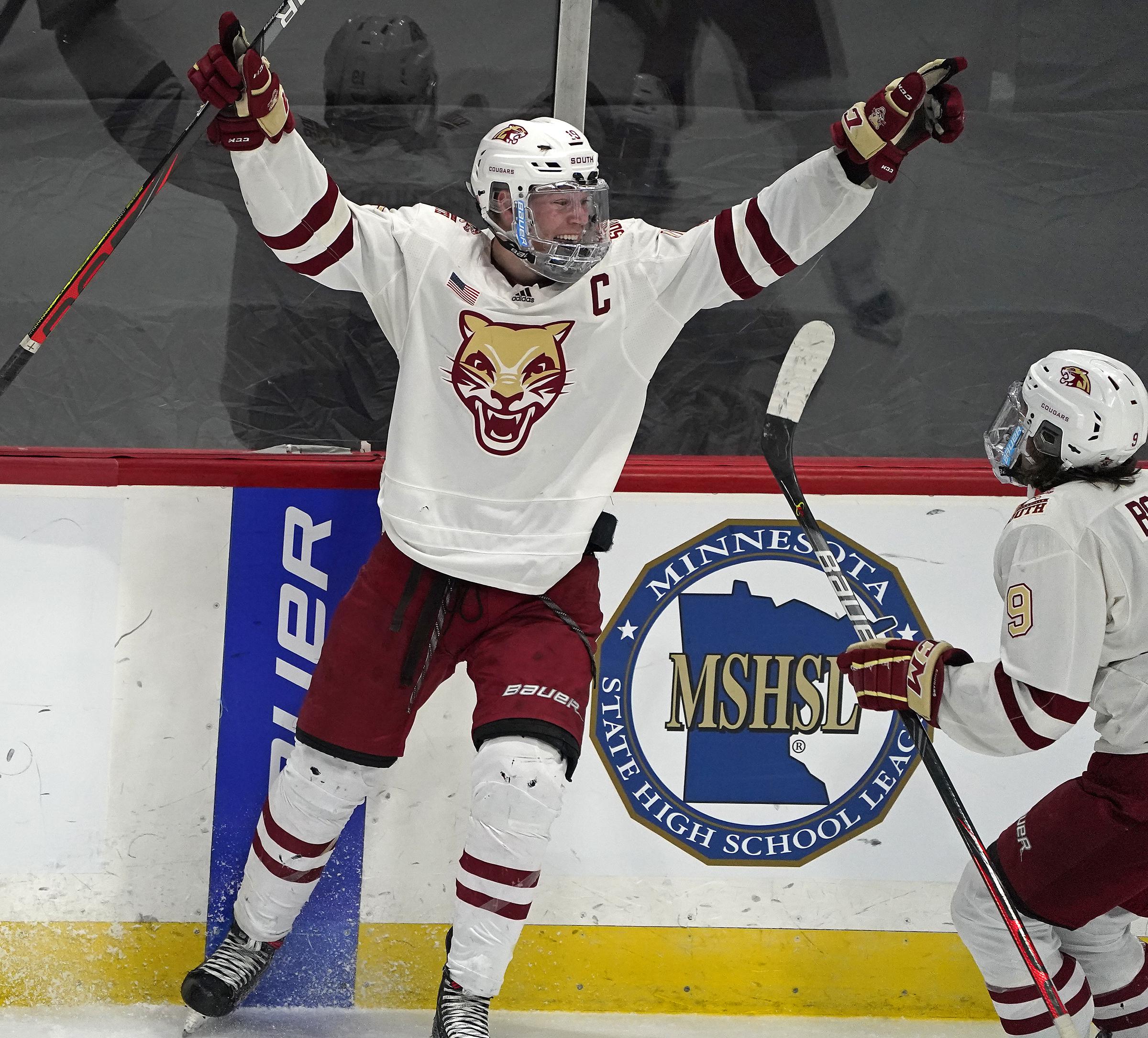 The third installment of our daily 2021 All-Tournament Team, as selected by Loren Nelson and David La Vaque.

Cater Batchelder
Eden Prairie | Senior
Was repeatedly robbed by Maple Grove’s Jack Wieneke in the early going but forged on undeterred and completed his hat trick in overtime to propel the Eagles to their third straight title game.

Cade Ahrenholz
Lakeville South | Senior
The big man twice found himself with the puck in scoring position in the third period. Goal and goal. His clutch scoring sparked the second third-period comeback in as many games for the Cardiac Cougars.

DEFENSEMEN
Trey Ausmus
East Grand Forks | Junior
The North Dakota commit scored twice on long-range blasts, the second coming on a “knuckle-puck” that should, at the very least, earn him an audition for the next Mighty Ducks movie.

George Moore
Little Falls | Junior
Scored his third goal in as many postseason games after notching all of one in the regular season. Also played serviceable defense against Dodge County speedster Brody Lamb.

GOALTENDER
Alex Timmons
Gentry Academy | Senior
It wasn’t always pretty, but the Frank Brimsek Award finalist made 27 saves — his second highest total of the season — as the Stars prevailed in their tightest, most nerve-wracking game this season.